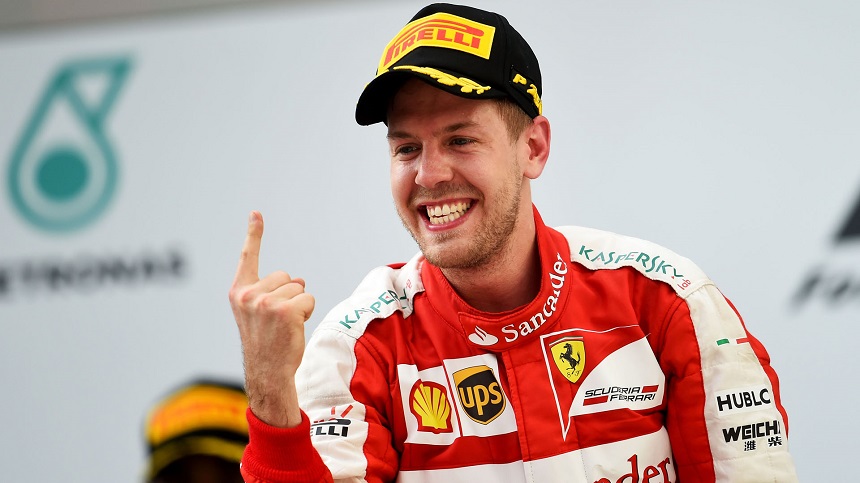 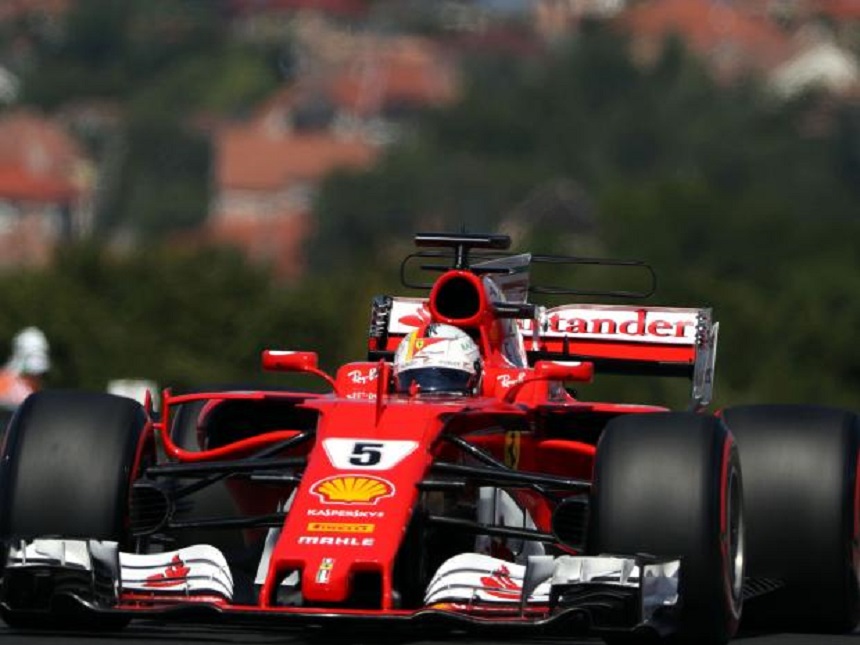 Sebastian Vettel bounced back from his world championship disappointment in fine style on Sunday when he won a sunlit Brazilian Grand Prix for Ferrari.

The four-time champion took the lead at the start and, apart from a period after his pit-stop, controlled an incident-packed race to finish 2.8 seconds ahead of pole-sitter Valtteri Bottas of Mercedes.

Kimi Raikkonen, the 2007 champion, resisted late challenges from newly-crowned four-time champion Lewis Hamilton to hang on to third ahead of the second Mercedes driver, who had started the race from the pit lane.

The Brazilian emerged triumphant in his own private scrap to the line with two-time champion Fernando Alonso of McLaren Honda, who finished eighth.

It was Vettel’s first win in eight outings since the Hungarian Grand Prix in July and his fifth of the season. It was also Ferrari’s first win in Brazil since 2008.

“It’s been a tough couple of weeks for us, but it’s nice to get both cars on the podium here,” said Vettel.

“I had a good getaway and then I had wheelspin, so I thought I missed my chance but I think Valtteri had the same so I surprised him.

“I wanted to pull out a gap and then to control the race from there and it worked out.”

Bottas admitted: “My goal was to win so it was very disappointing. We lost it in the start. After that it was very close. I tried to put some pressure on Sebastian, but it didn’t happen. Lewis did a great comeback to score points.” 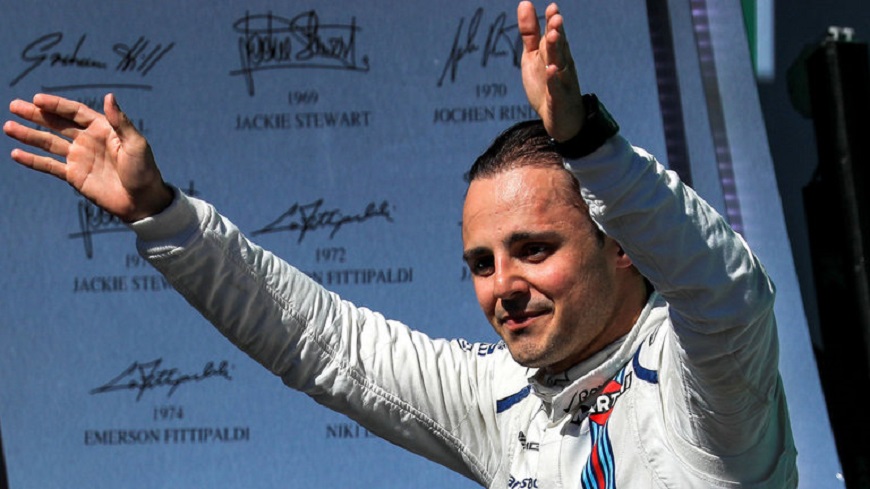 Raikkonen admitted: “Lewis got close to me at the end, but it’s impossible to overtake here if you have close speed between the cars.”

Massa gave the home crowd something to cheer about as the Williams driver heads to retirement.

He won the race at Interlagos in 2008 when he was pipped to the title by Hamilton.

“I feel so emotional today,” admitted Massa. “All you guys, thank you very much for everything that we passed together and for all the support and energy.”

On a hot blue-skied day, with a track temperature of 60 degrees Celsius, the key action took place on the first lap when, following a multiple collision at the first corner, the Safety Car was deployed.

The latter two were forced to retire as, in a separate incident, Frenchman Romain Grosjean lost control of his Haas and slid into compatriot Esteban Ocon’s Force India, taking the pair of them off into a gravel trap.

It was the first retirement of Ocon’s career after 27 races and Grosjean was handed a 10-seconds penalty.

In the chaos that ensued, Hamilton took advantage and rose to 14th before the Safety Car pulled off and racing resumed.

The world champion, who had clinched his fourth title two weeks earlier in Mexico, made the most of his rebuilt car, powered by a new engine, following his crash in qualifying on Saturday.

While Vettel pulled clear by 1.9 seconds ahead of Bottas, it was Hamilton setting the fastest laps as he sliced through the field. By lap 21, of the 71, following an immaculate demonstration of speed and passing moves, he was up to fifth before settling for fourth place.

“It was fun,” said Hamilton. “Just like my karting days when I started from the back. But I messed up yesterday and I know I was quick enough to win from pole to flag, but I made the job a lot harder.

“When I woke up this morning my goal was to do the team proud and score points. I tried, but ran out of tyres at the end.” –Agence France-Presse