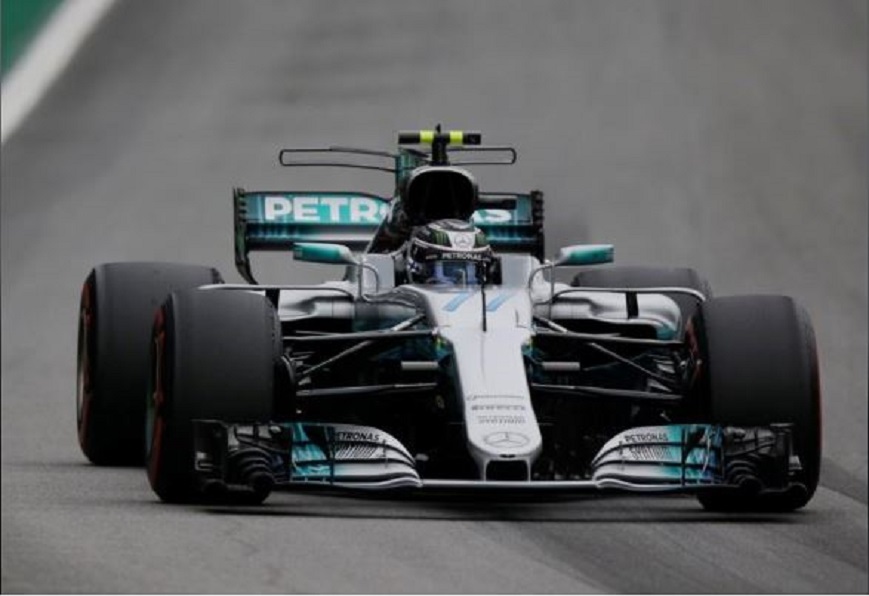 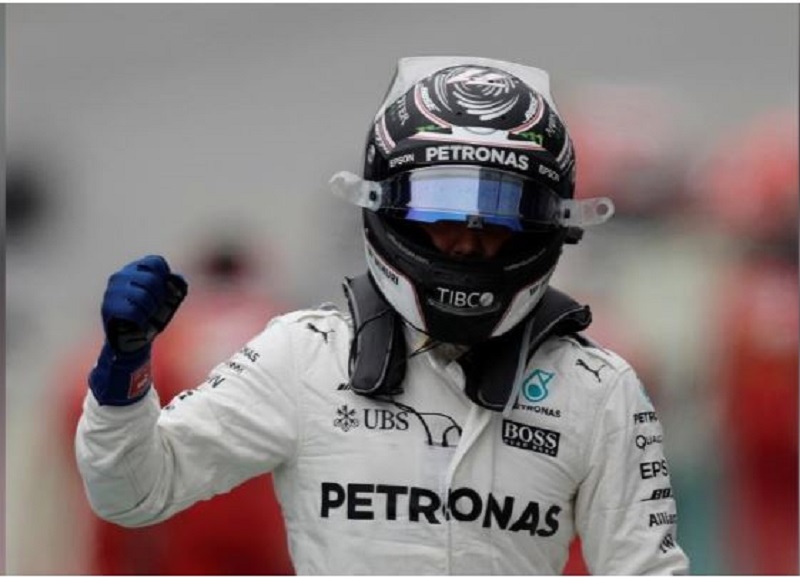 Valtteri Bottas took pole position for Mercedes at the Brazilian Formula One Grand Prix on Saturday while team mate and newly-crowned four-times world champion Lewis Hamilton will start at the back after crashing out.

The pole was the third of Bottas’s career and he did it with a track record time of one minute 08.322 seconds at a damp Interlagos.

“It feels good. It was so close with Seb all through qualifying,” said the Finn, who was 0.038 quicker than Vettel. “It’s a shame Lewis went out but I‘m happy I could do a good job for the team.”

Hamilton, who clinched his fourth world championship in Mexico two weeks ago, had been hoping for a 12th pole of the season but spun into the barrier at turn seven in the opening session before he could set a lap time.

Vettel had been on provisional pole until Bottas produced his late burst of speed and the German looked forward to a good scrap on Sunday.

“For tomorrow I think it’s fine. I think I chickened out a bit on the brakes into Turn One on the final run,” he said.

“But our long run looked good compared to Valtteri so I am feeling good for tomorrow.”

Hamilton’s was a rare mistake by Britain’s most successful racing driver, and last year’s winner from pole at Interlagos, and he will now have to fight through from the back for the second race in a row.

His mechanics will have work to do, with the impact causing damage to the left side of the Mercedes and ripping off the front wheel and suspension.

Hamilton, unhurt and smiling somewhat unconvincingly as he spoke to reporters later, said it had all happened really quickly.

“It is what it is. Of course it’s unfortunate. Challenges are what makes life interesting and overcoming them makes life meaningful, I guess,” said the 32-year-old.

”I‘m just going to try to take whatever bubble of negativity comes from that experience and move forwards and try to grow from it. It’s very unusual of me but just shows that we’re all human and things happen.

“I will try to have as much fun as possible tomorrow,” added Hamilton. “Years ago I came from quite far behind and had a great race.”

Australian Daniel Ricciardo qualified fifth fastest for Red Bull but has a 10 place grid penalty as a result of power unit changes.

Brazilian Felipe Massa, preparing for a home farewell in the penultimate race of his last season in Formula One, will start ninth.