Home 2020 Crowd puller Farah Ann takes all in her stride 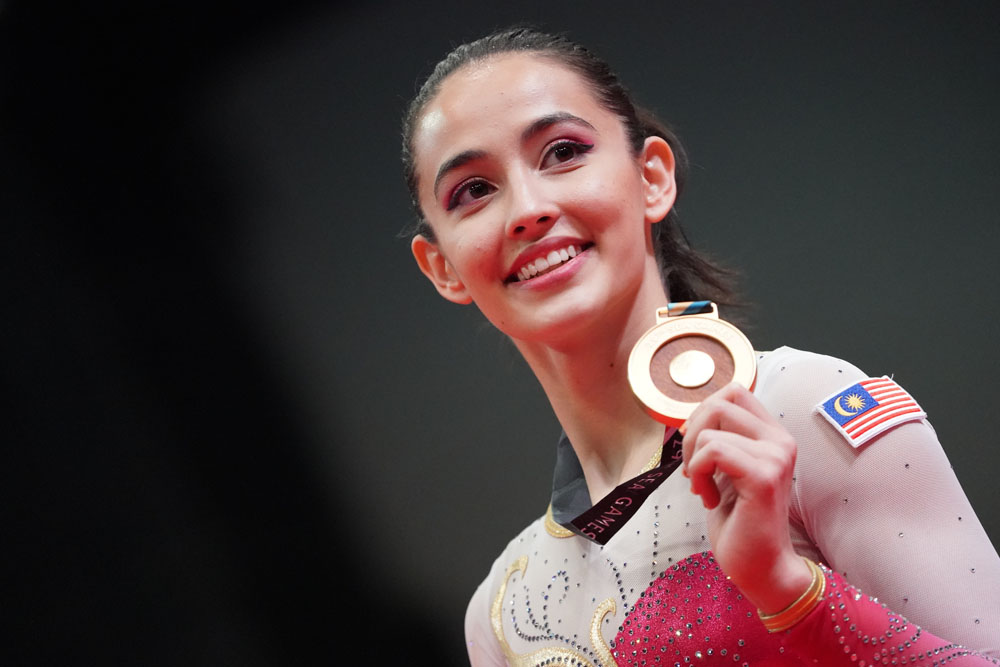 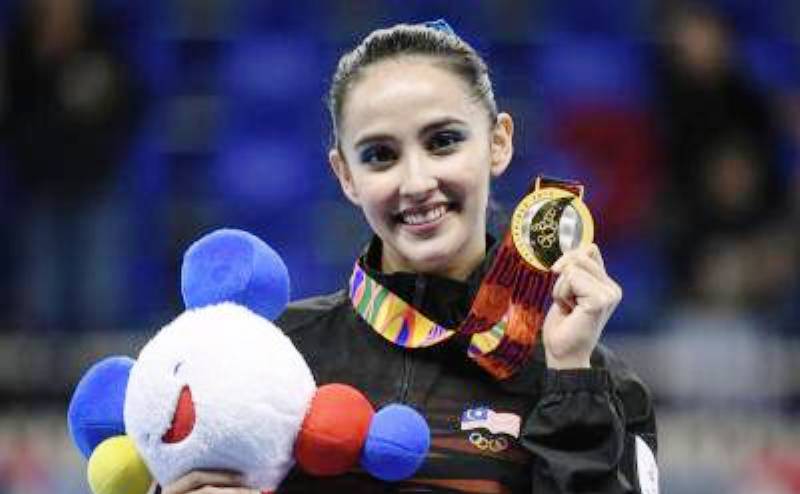 Tokyo Olympics-bound Malaysian gymnast Farah Ann Abdul Hadi is known worldwide for her captivating smiles – both in victory or defeat.

The 25-year-old Malaysian of mixed parentage is only the third Malaysian gymnast to qualify for the Olympics after Au Li Yen (Sydney, 2000) and Ng Shu Wai (Athens, 2004).

However, her Olympics debut received a jolt when the International Olympic Committee (IOC) has postponed the summer games to next year – thanks to the Covid-19 pandemic that has rocked the world

Although disappointed with the decision, Farah, with the usual sweet smiles has taken that decision in her stride to hide her disappointment. Dad Abdul Hadi and mum, Canadian-born Kimberley Ann Ganon had already made plans to give their daughter the moral support in Tokyo – something which they have done in all international competitions both at home and abroad whenever they have time.

It has thrown a spanner in their plans, but, still, Farah has not lost her captivating smile. Instead, Farah, who won three gold medals at last year’s 30th SEA Games held in the Philippines – the all-around, the uneven bars and floor exercise – is looking at the brighter side to the disappointment.

She also won two golds in the 2015 SEA Games in Singapore and another two golds at the 2017 edition of the biennial games held in Kuala Lumpur.

”Let us look at the plus points with the postponement of the (Olympic) Games. I will take this opportunity to work on my physical and mental preparations for the Tokyo Olympics,” said Farah who hails from Subang Jaya, Selangor.

She is excited to make the grade to Tokyo after missing out narrowly for a place in the Rio Olympics in 2016.

This time around Farah qualified for the Tokyo Olympics via the World Artistic Gymnastics held in Stuttgart, Germany after finishing 59th out of 180 gymnasts in the qualifying session of the individual all-around event.

As for the long wait for the Tokyo Olympics, for Farah, the health and welfare of the athletes come first.