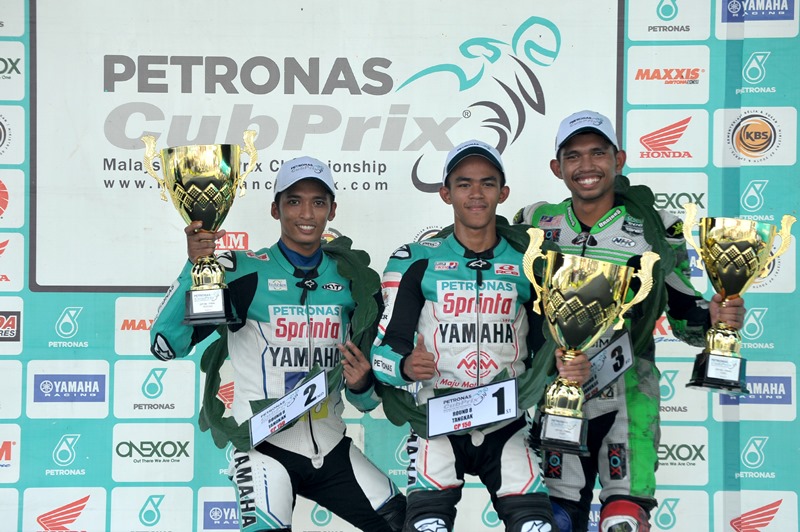 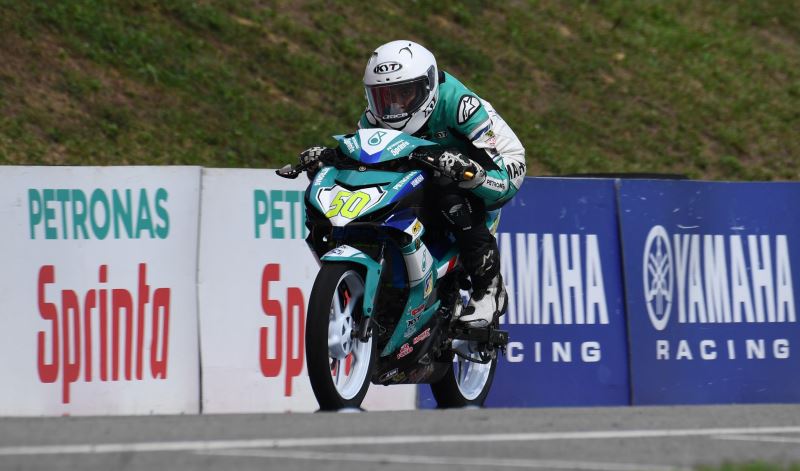 Round 8 of the 2019 PETRONAS Malaysian Cub Prix Championship, relocated from its original venue in Kota Bharu to the Tangkak Racing Track in Johor, would prove to be a day where first time winners pushed their way to the top steps of the podium.

A conservative start saw Haziq pacing behind race leaders Mohd Iqbal Amri Abdul Malek, Nazirul Izzat Bahauddin and Ahmad Afif Amran. The battle began in earnest on Lap 7 when Haziq got past Iqbal to bring the challenge to Afif and Nazirul.

The Maju Motor rider took the reins on Lap 13 and seized the chance to pull ahead while Nazirul continued to swap positions with Afif. With only 3 laps to go, Haziq settled into a strong race pace with a 1-second margin in front of the dueling duo.

Haziq crossed the finish line in first with 14’50.393s, and created a new lap record for the Tangkak Racing Track with a blistering lap timed at 43.804s.

Championship leader Ahmad Afif Amran extended his lead at the top of the standings when he picked up twenty points from second place. With only two rounds remaining, Afif has secured a 25-point margin ahead of closest contender, Azroy Hakeem Anuar who finished eighth in the race. Haziq, the sixth CP150 winner in the 2019 season to date, leapfrogged from fifth to third overall with 93 points.

It was a day of double joy for the PETRONAS Sprinta Yamaha Maju Motor outfit when Mohd Syafiq Rosli similarly created his own podium moment when he won his first CP1150 race with 11’40.204s.

For CP115 championship leader Ahmad Syukran Aizat from team PETRONAS Sprinta Yamaha-CKJ Racing, Round 8 was a round to be quickly forgotten. Mechanical problems forced him to start from the back of the race and despite his best efforts, Syukran was only able to net a sixth place finish. It was good enough, however, to keep Syukran at the top of the table.

With only three points separating the two riders, the battle for the CP115 title has effectively narrowed down to Syukran and Syafiq Rosli. Idemitsu Honda Yuzy Racing’s Mohd Aiman Azman, still holds a distant mathematical chance in third overall with 93 points to his name.

In the Wira category, ONEXOX SAG Team’s Mohd Izzat Mohd Raduan rode the best race of his career to date when he ended the race in first with 9’32.068s.

Among other developments, the Honda Dash 125 Challenge mono-brand talent development series was the first to declare a champion in 2019. Mohd Farid Hakimi Farid Sezli sailed through the year in imperious form when he won seven out of eight races.

The penultimate round of the 2019 PETRONAS Malaysian Cub Prix Championship will take place in Jempol, Negeri Sembilan on November 16 and 17, 2019. 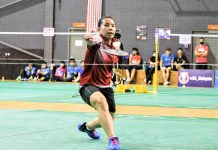