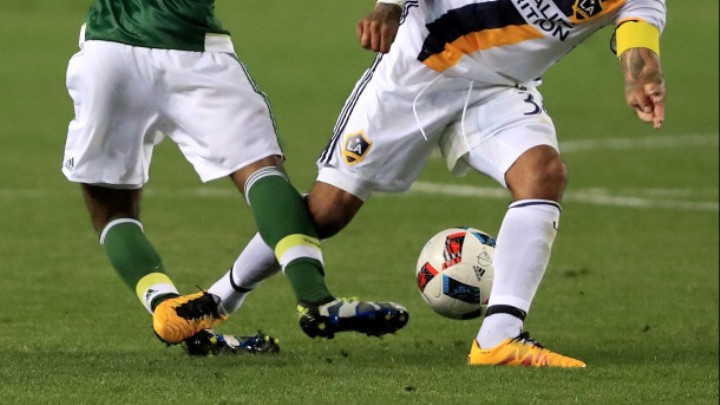 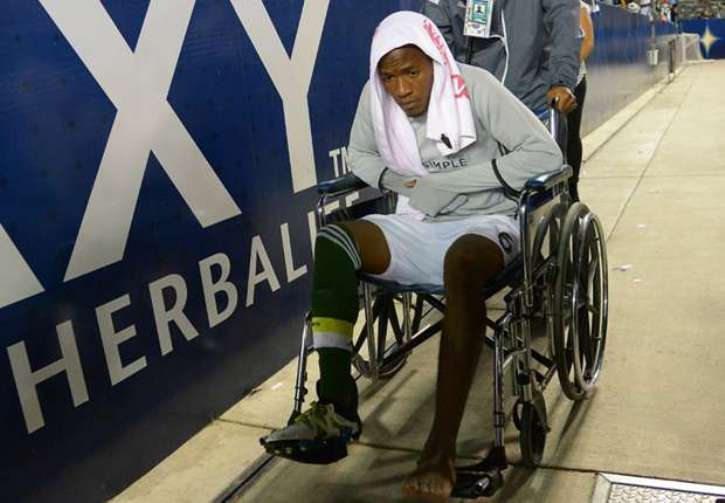 Dutch international Nigel de Jong faced calls for a ban on Monday after a horror tackle which left a Major League Soccer opponent needing to be taken off the pitch in a wheelchair.

De Jong’s rugged, over-the-top challenge left Nagbe writhing in agony and triggered a prolonged melee between players from both sides. De Jong escaped with a caution.

But the tackle brought back bitter memories for American soccer fans, six years after de Jong broke the leg of US player Stuart Holden in a 2010 friendly international.

Timbers coach Caleb Porter said former Manchester City player De Jong should have been given a red card for the tackle.

“Some of those referees are giving the reds right in the game and we seem to get them after, which doesn’t help us,” Porter said.

“You got a couple guys that are injured because of it and could be even more injured.”

“@MLS hv to look into the tackle on @darlingtonnagbe that’s a ban for me,” Adi wrote on Twitter.

Holden, the victim of de Jong’s leg-breaker six years ago, described the challenge as “horrific.”

“…there is absolutely no excuse for that type of challenge. We don’t need it in the game. It’s horrific. It’s horrible. And he’s going to get retroactive punishment,” Holden said on the FS1 television network.

De Jong, who also famously hit the headlines in 2010 for a brutal challenge on Spain’s Xabi Alonso during the World Cup final, apologized for the tackle.

“In a game like this, it’s never the intention to hurt anybody, as well with my foul,” de Jong told reporters.

“It was a 50-50 and I went over the ball instead of on the ball. I (caught) the ball a little bit, but also his ankle unfortunately. I hope it’s not too bad.

“When a ball comes in that situation I’ll always go for it 100 percent.” – Agence France-Presse