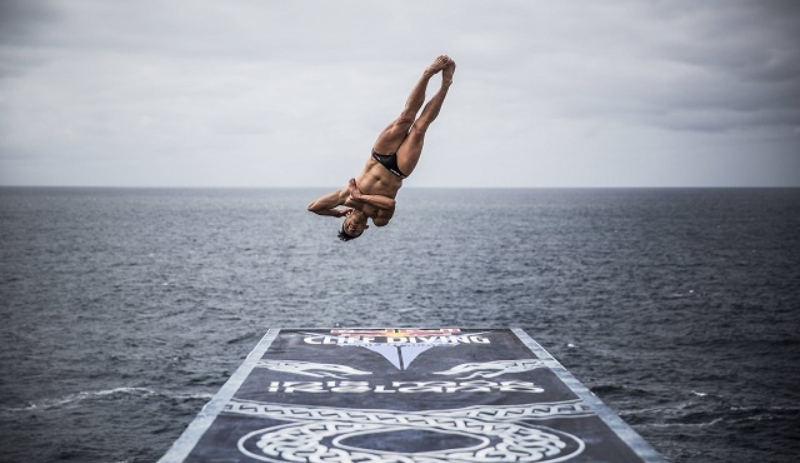 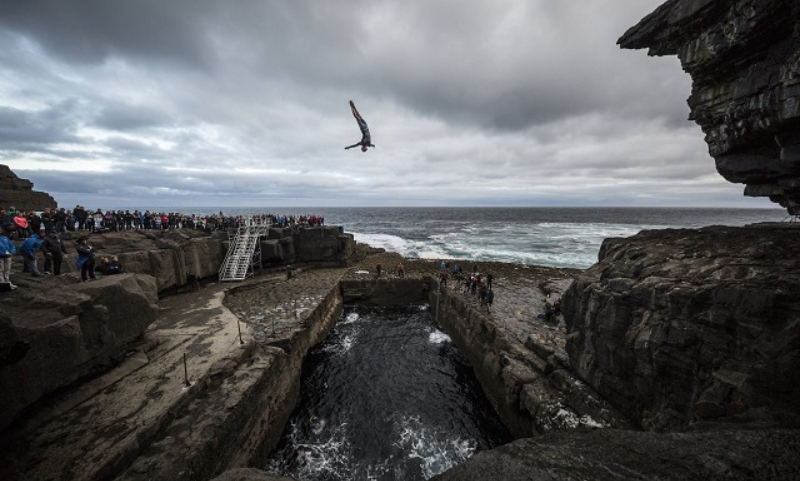 Twenty-four  of the world’s best cliff divers will be hosted on mainland Ireland for the first time ever during
the 2019 Red Bull Cliff Diving World Series’ 2nd stop in Dún Laoghaire Harbour on May 12.

After record winners and reigning champions Gary Hunt (GBR) and Rhiannan Iffland (AUS) dominated in the opening stop in Philippines’ paradise mid April, the World Series travels to Europe for the most northerly stop of the year in Dublin.

From the red-hot lagoons of El Nido to the somewhat cooler climate of the Irish capital, the cliff diving elite will display their skills in front of thousands of fans in the iconic seaside town of Dún Laoghaire.

The challengers will need to up their game if they do not want the champions to extend their lead at the top.

While brilliant Brit Hunt can equal his winning streak of six consecutive victories across seasons from 2015 with another first place in Ireland, Romania’s Constantin Popovici proved he has bags of potential from the 27m platform during his debut as a permanent diver in the Philippines.

His  impressive armstand dive earned the 30-year-old Olympic diver, who strives for qualification for Tokyo 2020, the high score of the day and his first ever World Series podium behind the defending 7-time champion.

Title hopefuls such as Mexico’s Jonathan Paredes and Steven LoBue from the US, will have to make a move in order to prevent the King Kahekili Trophy moving beyond reach already at this early stage of the season.

In the women’s Australian Iffland continues to be the acme of perfection when it comes to acrobatically launching from 21 metres.

The 27-year-old secured her 12th victory in 18 competitions during the season opener in Asia and seems to be facing the strongest competition from Belarusian Yana Nestsiarava and Canada’s Lysanne Richard.

Contrary to 2018 runner-up Adriana Jimenez from Mexico, who finished on a disappointing 5th place in the Philippines, the duo managed to keep up with the triple champion.

Following three events at the near-rectangular natural pool in Inis Mór on the rugged Aran Islands, the World Series is hosted in Ireland’s capital city for the first time.

Dún Laoghaire, located to the south of the city centre, is an iconic seaside town with over 200 years of history.

The town features the iconic ’40 Foot’ for those who fancy a quick swim before the real thing, Ireland’s National Maritime Museum, the People’s Park and the dlr LexIcon Library, which has a view that will only be rivalled by the platforms, which will stand at 21 and 27 meters.

Located on Carlisle Pier, the divers will have a panoramic view over Dublin Bay from the platforms, with Poolbeg Lighthouse, Howth Head, Dalkey Island and the whole of Dún Laoghaire in the immediate vicinity.

Walking the East Pier is the main tourist activity in Dún Laoghaire Harbour and thousands of people are expected to cheer the 24 athletes to extraordinary feats from there.

It took 42 years to construct the harbour, from 1817 to 1859, and it will take the divers 3 seconds from the platforms to the water below to add their magic to the area’s history.