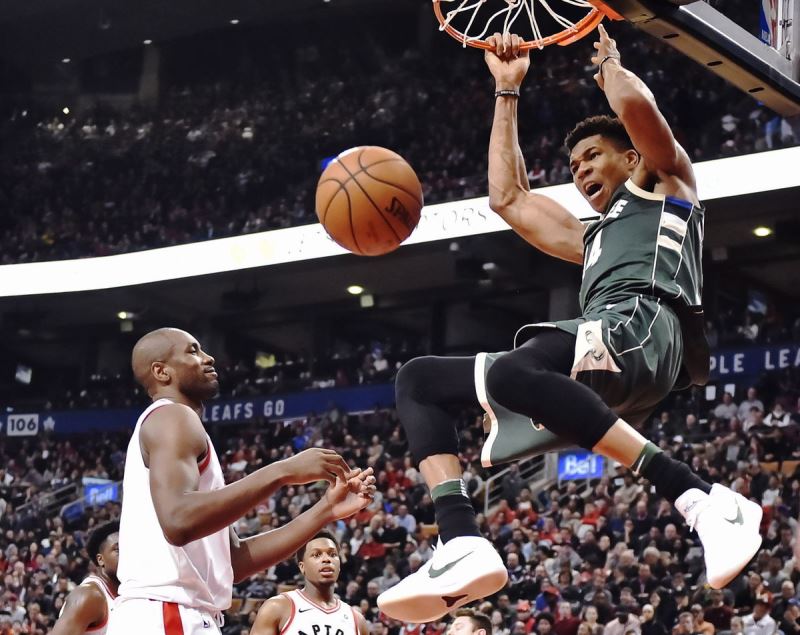 DeMar DeRozan scored a team record 52 points as the Toronto Raptors won their 12th straight home game with a 131-127 overtime victory over the Milwaukee Bucks on Monday.

DeRozan shot 17-of-29 from the floor and made all 13 of his free throw attempts for Toronto, who are a league best 14-1 at home.

He is the third Toronto player in history to score 50 or more points, joining Vince Carter and Terrence Ross, who each scored 51.

“When you come out here and you’re in those moments, you’ve got to make the best out of them,” DeRozan said.

DeRozan also had five three pointers while Kyle Lowry tallied 26 points and Serge Ibaka chipped in 11 for the Raptors in front of a crowd of 19,800 at the Air Canada Centre arena.

“He was playing with a lot of juice,” Toronto coach Dwane Casey said. “You could see the bounce in his step. Tonight, DeMar DeRozan played like a superstar.”

Eric Bledsoe scored 29 points and Giannis Antetokounmpo had 26 for the Bucks, who had their modest two game win streak stopped in the matchup between two Eastern Conference first round opponents from last season. Toronto won the series in six games.

DeRozan hit a jump shot in overtime to give Toronto a 121-117 lead. His basket came just moments after Fred VanVleet gave the Raptors the lead for good by nailing a three pointer.

“He’s dangerous any time he puts on a uniform,” Bucks coach Jason Kidd said. “Now to be able to expand his range out to the three-point line just makes the game easier for him.”

McCollum had a team high 32 points while Al-Farouq Aminu finished with 24 points and Evan Turner had 22 for Portland, which was without leading scorer Damian Lillard for a fifth straight game. – Agence France-Presse