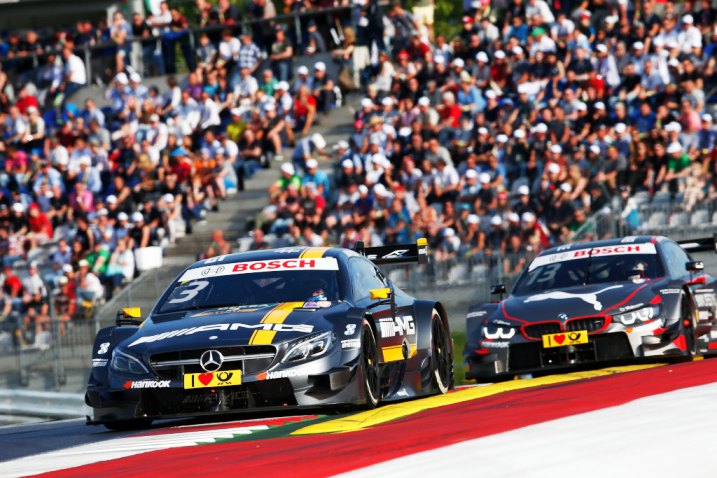 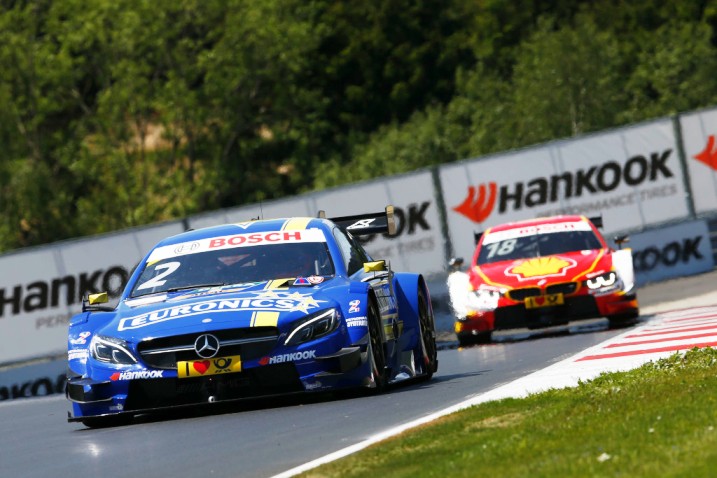 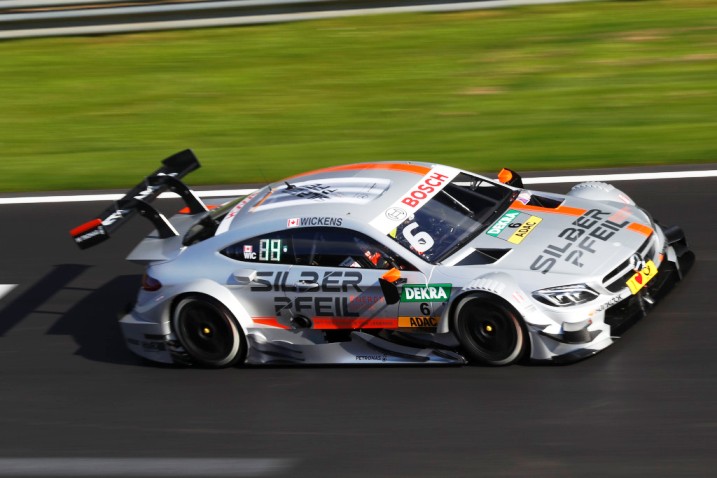 With a seventh place in the first race on Saturday, Paul Di Resta (Mercedes-AMG C 63 DTM) defended his lead in the DTM drivers’ standings. After three races, the 2010 DTM champion in first place has a three-point lead on Edoardo Mortara (Audi). Mercedes-AMG are in second place in the manufacturers’ and team rankings after the first race in Spielberg.

Looking ahead to race 2: The fourth race of the 2016 DTM season will start on Sunday at 15:13 (live on ARD at 15:00). The third free practice session will be staged at 10:20 and the second qualifying session at 12:50 (live on EinsFestival at 12:45). The Mercedes-AMG DTM Race Hub at mercedes.me/racehubdtm, featuring live timing data, live commentary, fan voting and exclusive video clips hosted by Thore Schölermann will give an insight into what’s happening behind the scenes at the Mercedes-AMG DTM Team during each race weekend.

“I’m pretty happy with the race. We still have some work to do, but the key to winning is consistency. We’ll just have to work harder tomorrow and try to finish higher up. There was some contact in the race with Antonio Felix da Costa, among others. That was definitely much too harsh – he hit me and forced me over the kerbs. Still, he has since apologised to me.”

“That was a tough race. It was clear from the outset that it would be difficult to finish in the points after starting from 13th on the grid. Nevertheless, that was my aim. Ekström spun in front of me in the first turn and there was no way I could avoid him. There was so much smoke that I had to take a guess and hope that he wouldn’t be right there in front of me. It was like in ‘Days of Thunder’ and was a very risky manoeuvre that lost me three places. After that, I was able to retake the positions I’d lost and even managed to get into the points. Unfortunately, I had no more DRS at the end, so I dropped back.”

“Twelfth place on the grid was not what we expected, but the start of the race went well. And then, unfortunately, I made a bit of a mess of my chance to use DRS, but I had to stay in touch with the guys in front. Robert overtook me at some point, and I tried to hang in there behind him, but that didn’t go all too well. After that, I had a battle with Bruno Spengler, who ran into the side of me, damaging the car’s side. The same thing happened with Mattias Ekström, who ran into the back of me a couple of times on the main straight while braking.”

“I had to start the race from 23rd on the grid after missing free practice. It’s really tough without the chance to practise before qualifying, but my pace and balance were quite good in the race. However, it was still very difficult to move forwards, especially as I didn’t want to damage my car. I hope that we’ll have a better day tomorrow.”

“Tomorrow is a new day, and then, hopefully, we can do better. It’s always very tough when you start from so far back. I had to fight my way up the field, but, unfortunately, it’s almost impossible to overtake without DRS. Now we need to do some more work on the car, so that we can improve tomorrow and, above all, secure a better grid position in qualifying.”

“The day got off to a difficult start in qualifying. The qualifying is always crucial in the DTM, and I started well back down the field, unfortunately. We then tried to learn a lot in the race, which we even managed to do. We’ll now have to be fully focused on tomorrow.”

“Unfortunately, I collided with my team-mate Dani. He went for a gap where there wasn’t one. Too bad, that my race ended so early as a result. I hope now that tomorrow turns out better.”

“I stalled the car at the start and then tried to make up for lost time. Unfortunately, Chris didn’t see me and we had a contact. My steering was defective after that, and I had to retire.”

“That was absolutely not the result that we had hoped for in this race. It was obvious that we would face challenges with the new car on circuits where we have not competed in it before. Unfortunately, that proved to be true today. In the end, the car simply did not work as we had hoped. The only positive thing I can say about today is that Paul still leads the championship. But somehow, it seems the relationship between Spielberg and us does not want to end happily. However, we will have to take a good look at all the data and try to make things better tomorrow.”