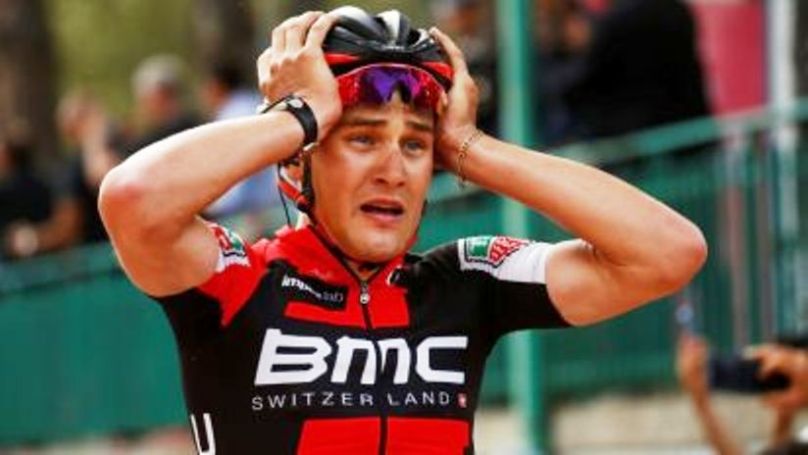 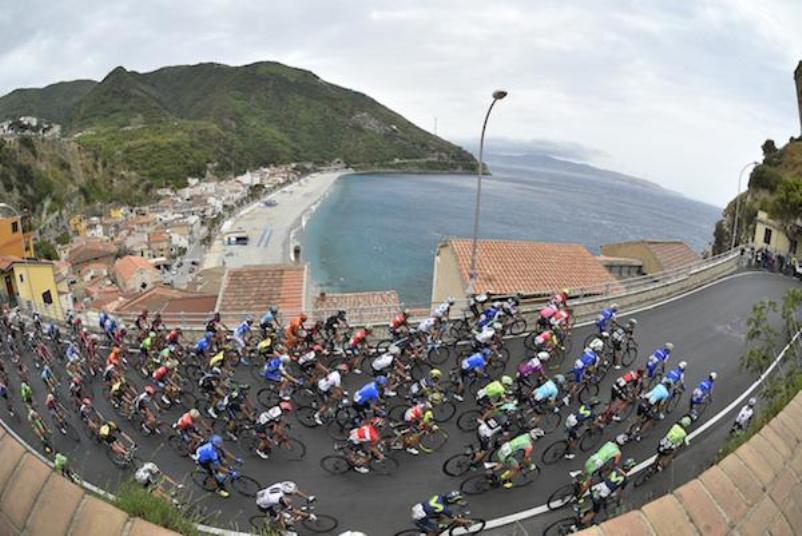 Silvan Dillier was in disbelief after bouncing back from a puncture to cap a 200km breakaway with the biggest win of his career in a thrilling Giro d’Italia sixth stage on Thursday.

BMC’s Dillier suffered a flat tyre in the opening metres of an undulating 217km ride from Reggio di Calabria to Terme Luigiane, the first first stage of the 100th Giro edition held on the Italian mainland.

But, with a stage win on his mind, the 26-year-old Swiss chased back on, fought to help a five-man breakaway escape the peloton and, in a thrilling duel with Jasper Stuyven, prevailed in the drive to an uphill finish line that proved slightly too steep for the Belgian.

“The stage started pretty bad for me, I had a flat tyre at kilometre zero then I chased back and fought to get into the breakaway,” said Dillier.

“To beat Jasper Stuyven in a sprint like this is crazy for me! I still can’t believe this. It’s the biggest victory so far for me. It’s fantastic.”

“We were hoping the breakaway would go until the end so the (time) bonuses were gone,” said Jungels.

It meant plenty of stage victory hopefuls were left disappointed after a routine day in the saddle turned into a desperate chase.

That was cut to five and a half minutes with 100km to race but a lack of collaboration in the chase meant the frontrunners were still nearly three minutes in front 10km from the finish.

As they headed for a technical finish featuring a series of small climbs, descents and tight hairpin bends, Pedersen peeled off, his legs no longer able to maintain the unrelenting pace.

But Stuyven, who claimed his maiden Grand Tour stage win at the Vuelta a Espana last year, remained defiant, launching an attack nearly six kilometres out that proved fatal to Andreetta’s bid to hand Italy their maiden win of the 100th edition.

“He wasn’t doing a lot of work with us, so it was best to get rid of him in case he’d kept his energy for the finish,” said Stuyven of Andreetta.

Stuyven and Dillier then dropped Postlberger in the final 300 metres, but the Belgian was left agonisingly short as Dillier proved strongest to the line.

“You don’t get many chances like this. I had targeted this stage,” said Stuyven, who finished fourth at the Paris-Roubaix one-day classic earlier in the season.

“I was a little surprised by Dillier, but this finish had an eight percent gradient, which is a little difficult for me.

Postlberger, who claimed victory in the opening stage in Olbia, Sardinia with an audacious attack that stunned the peloton in the final kilometre, said: “I wanted to attack in the uphill section, but after 200 kilometres of a breakaway, I didn’t know how my legs would be.”

At 224km, Friday’s seventh stage from Castrovillari to Alberobello is the longest of the race.

Results from the sixth stage of the Giro d’Italia, held over 217km from Reggio di Calabria to Terme Luigiane on Thursday: