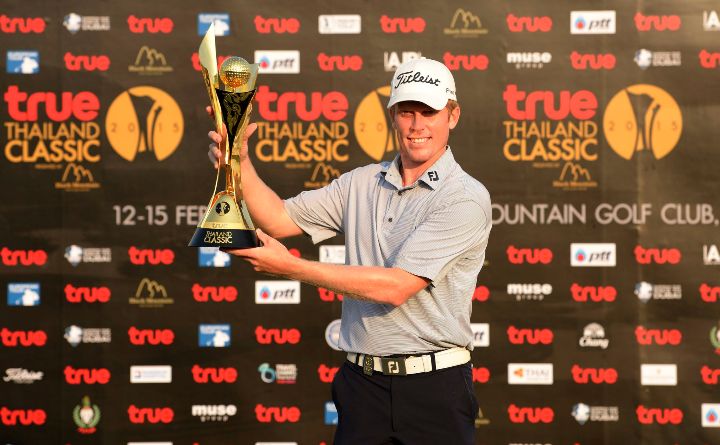 Australian Andrew Dodt is eagerly looking forward to defending his True Thailand Classic presented by Chang title next week at a venue which he feels right at home.

The 30-year-old claimed his second Asian Tour title at the award-winning Black Mountain Golf Club in the coastal town of Hua Hin some 12 months ago after holding off home hero Thongchai Jaidee and fellow Aussie Scott Hend following a memorable final day duel.

Dodt’s triumph at the True Thailand Classic, jointly sanctioned by the Asian Tour and European Tour, proved to be an emotional one as he had struggled to maintain his form after claiming a maiden title in India in 2010.

“It feels like it was almost yesterday when I won there. To have the opportunity to defend, I’m very much looking forward to it. I’ve only defended twice before and hopefully I’m better for the run with a bit more experience now,” said Dodt.

After opening with a 71 last year, he returned successive 67s to win the True Thailand Classic by one shot. The victory also helped him finish a career high third on the Asian Tour’s Order of Merit.

“I love the golf course. I seem to play well whenever I’m at Black Mountain. I’ve had one win, one top-10 and one top-15, so I like playing there and I would love to play well there again,” said the Queenslander.

“It’s pretty much Australian like as a golf course. The weather and the greens are pretty much the same as a Queensland golf course where I grew up, so for me it just feels like home.

“I was three or four behind the lead at the start of the final round last year and I turned in two or three under. But the last nine holes, I was really solid. I only found out that I was leading with two holes to play. Hendy and Thongchai were there about for most of the day but I just felt very calm, hit it good and managed to come out on top,” added Dodt.

As he also regained his playing rights in Europe, Dodt is keen to establish himself abroad but realises that staying patient is a virtue that he needs to observe.

“You set standards high and when you don’t achieve them, you kind of feel let down. It hasn’t gone as well as I would have liked it after winning in Thailand. But it’s a tough game … I’ll just keep chipping away and try to keep getting better. You want to play well all the time but you can’t always do that,” he said.

He paid credit to the Asian Tour, the region’s premier circuit, for providing international players like himself with the platform to launch their careers.

“I was just thinking the other day that this is actually my ninth year on the Asian Tour. The Tour here has been a massive step in my career. I wouldn’t be where I am today if not for the Asian Tour,” said Dodt.