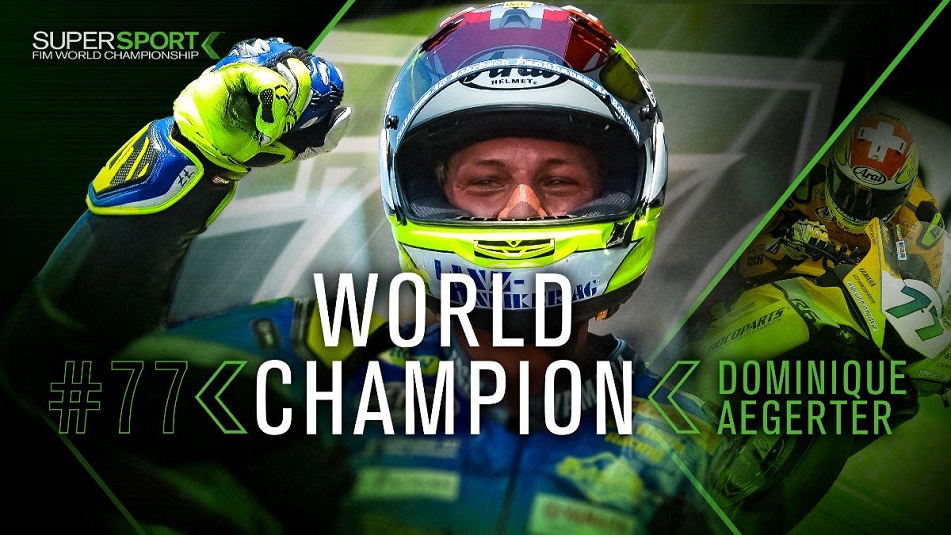 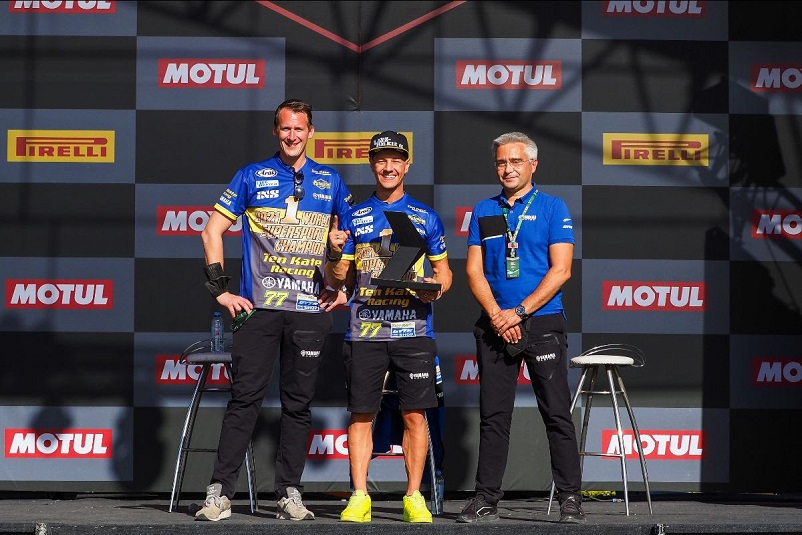 10 wins in 2021 have seen the Swiss rookie take his first title in San Juan.

With 10 wins and 14 podium places, Dominique Aegerter (Ten Kate Racing Yamaha) becomes the 2021 WorldSSP Champion at the Circuito San Juan Villicum. Adapting quickly to the category and imposing strong race pace from his first win at Estoril, Aegerter wins the title race having been under Steven Odendaal’s pressure during the whole 2021 season. The rookie took the lead of the Championship standings after Misano’s Race 1 and never looked back, even when he missed the Hyundai N Catalunya Round due to his MotoE™ World Cup commitments.

Aegerter joined the WorldSSP paddock in 2021 after a successful career in the 125cc and Moto2™ World Championship’s, as well as the MotoE™ World Cup. In 2014, he became a Moto2™ Grand Prix winner at the Sachsenring. In his first season in World Superport, he achieved 10 wins, 14 podiums and 3 pole positions, standing out as the rider to beat in a highly competitive field. He is also leading the Pirelli Best Lap Award with seven best laps claimed this season.

With a 68 points advantage over his closest competitor Steven Odendaal, Dominique Aegerter becomes the second Swiss WorldSSP Champion, with Randy Krummenacher having achieved it in 2019. He also becomes the third rookie in four years, following on from fellow Yamaha riders Sandro Cortese in 2018 and Andrea Locatelli in 2020. The Championship victory also marks a return to Championship-winning ways for Ten Kate Racing, with a tenth WorldSSP title, consolidating their status as the most successful World Supersport team of all time. It’s also the Dutch team’s first since their collaboration with Yamaha began.

Dominique Aegerter, Ten Kate Racing Yamaha:
“The first World Championship title is amazing to get! It is difficult to realise it now, after the race. I hope soon that I can get back to the box and celebrate with all my team, but also all my friends, family and sponsors back at home. I can’t wait to get home and see them; I worked 31 years – or at least 20, 25 years – to become World Champion, and now I am. When signing the contract with Ten Kate Racing, I knew that we had a World Championship-winning team and a Championship-winning bike with the Yamaha R6. We have good suppliers, good sponsors, and a good group of people at home, so we have everything we need to fight for the title. This was my goal, the team’s goal and everyone else’s goal too. Step-by-step, we were fighting for podiums and victories, and the end is when you get the title. We win it with one round to go, so for sure I’m super happy but we were always thinking race by race and now I have it!”