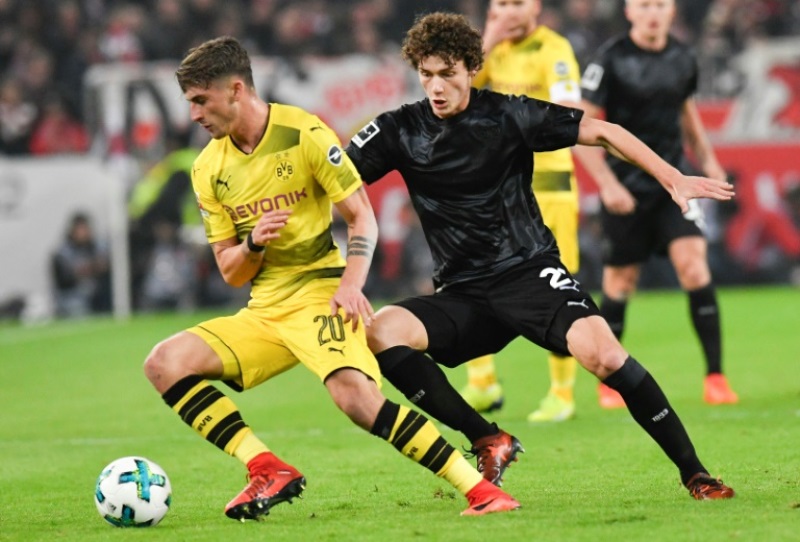 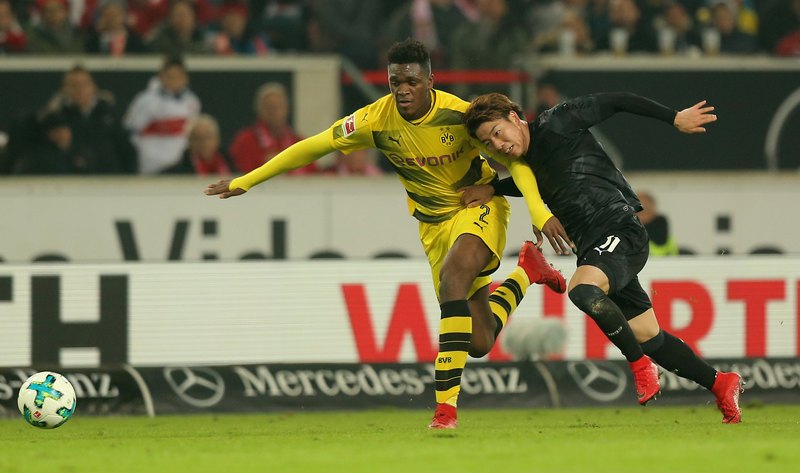 Borussia Dortmund suffered another setback in their bid to challenge for the Bundesliga title as they lost 2-1 at VfB Stuttgart on Friday.

Dortmund, without striker Pierre-Emerick Aubameyang who was suspended for arriving late to training, had the worst possible preparation for Tuesday’s must-win Champions League match at home to Tottenham Hotspur.

Dortmund could be knocked out of the Champions League even if they beat Tottenham, depending on other results.

After a defeat that left them six points behind Bayern, Dortmund captain Marcel Schmelzer said he was happy with the performance after a rocky start to the season.

“In terms of team spirit and the way we played, we have made a step in the right direction,” Schmelzer said.

“But the result did not go our way which is a real pity.”

Dortmund went behind after four minutes when Marc Bartra’s overweighted back pass rebounded off ‘keeper Buerki, allowing Akolo to dribble into an empty net.

Stuttgart hit back in first-half stoppage time when World Cup winner Mario Goetze’s attempt to lift the ball over a defender was adjudged to be handball.

Andre Schuerle’s well-hit free kick was saved but Philipp slammed in the rebound from a tight angle.

Stuttgart snatched back the lead when Brekalo fired through Buerki’s legs.

Bayern will seek to stretch their run of seven wins since Jupp Heynckes’ return as coach when they host Augsburg on Saturday. – Agence France-Presse