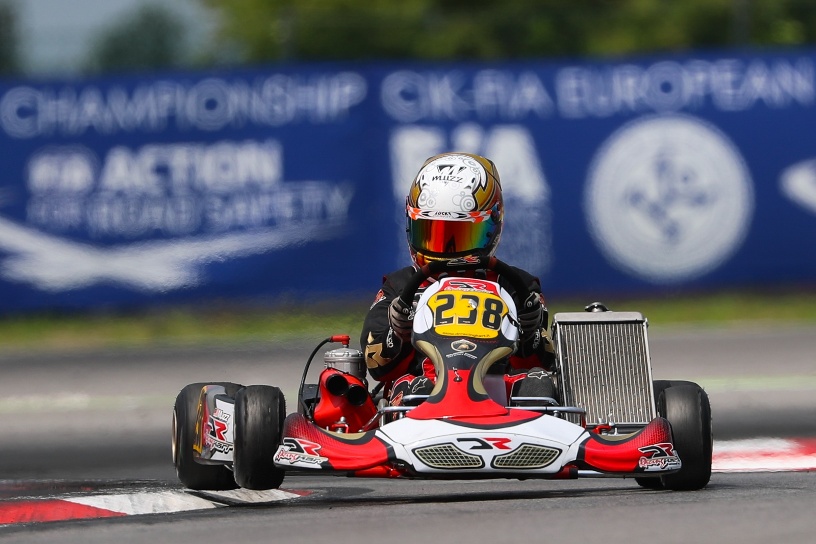 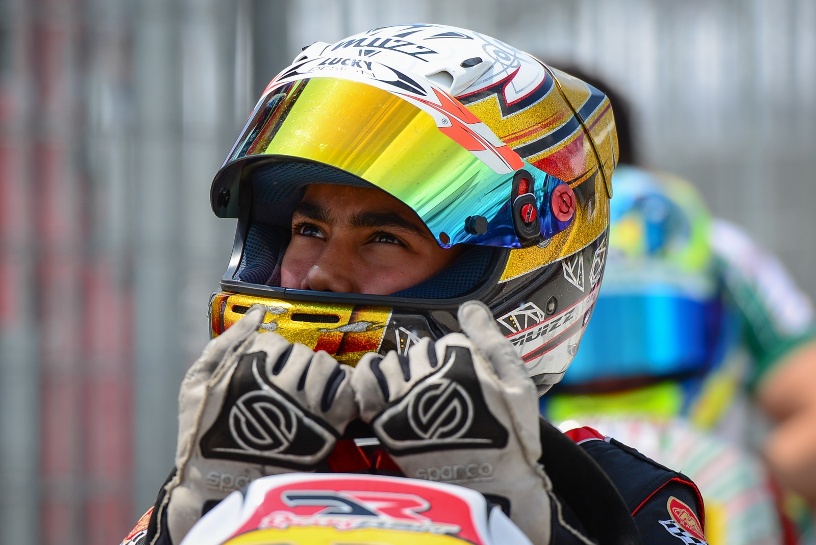 Malaysia’s teenage karting sensation, Muizzuddin Musyaffa Abdul Gafar, who will be competing in his second World Championship in November, has received a double boost of inspiration as the 14-year old continue his quest to become a professional racing driver and fly the Jalur Gemilang in the world’s motorsports arena.

After becoming Malaysia’s first ever podium winner in the CIK European Championship last month, Muizzuddin, or just Muizz amongst family members and friends, was included in the prestigious Lamborghini Kart Drivers Programme where he had the opportunity to train with Lamborghini factory driver Mirko Bortolotti on the karting track.

The Cheras-born racer was selected along with his DR Racing Kart factory team-mates – Mauro Simoni, Cristofer Zani and Justas Jonusis, who like Muizz, had made a strong impression in the CIK European Championship and various international karting competitions in their respective classes this year.

“I was very happy to be part of this Lamborghini Kart Drivers Programme. We learned a lot from Mr Bortolotti and I hope to use all this new knowledge and skills when challenging at the final round of the European Championship later this month and the CIK FIA World Championship in November,” said Muizz, who in 2014 won the World Series Karting (WSK) Champions Cup overall title and second overall in the WSK Masters Series when competing in the KF category.

A talent development programme by Italian car maker, the Lamborghini Kart Drivers Programme is introduced to complete the career path that Lamborghini has been working on for its junior drivers towards becoming a Lamborghini GT3 factory driver.

The programme starts from karting before moving on to Formula 4 and then onto the GT car talent programs like Young Drivers Program for those competing in the Lamborghini Blancpain Super Trofeo and GT3 Junior Program for youngster racing in the most prestigious GT Championship worldwide.

Competing in the KF Junior category for karters aged between 13 and 15 years old, Muizz, who is in his second year for the category, took third placing at Round 4 of the 2016 CIK European Championship in Portimao, Portugal; finishing behind Victor Martins of France and Brazil’s Caio Jotta Collete.

The KF Junior competition started in Round 2 of the European Championship in Zuera, Spain in May where Muizz was unlucky to finish in 30th placing before bouncing back in the following round in Adria, Italy where he took seventh placing. Round 1, which was held in Essay, France in April, did not feature the KF Junior category.

Boosted by his third placing in Round 4, Muizz now has 73 points and sixth overall in the championship standings, which is currently led by Denmark’s Noah Watt, who has 107 points. Collette is second on 91 points and Isac Blomqvist of Sweden is third with 90 points. Britain’s Finlay Kenneally is fourth with 86 points while Dennis Hauger of Norway is fifth with 81 points.

“I am really looking forward to the final round, and of course, the World Championship. I competed in the World Championship for the first time last year; but was not able to get the desired result after being involved in an incident. That has always been the biggest challenge in go-karting … you can easily get involved in incidents. Sometimes, people just bumped into you from the back and that’s the end of your race.

The final round of the CIK European Championship would be held in Genk, Belgium from July 28 to 31. Muizz will be leaving for Italy this Sunday before joining the team to travel to Belgium in the DR Racing Kart Team’s racing truck.

“With just one more round to go, the KFJ overall European championship is already out of reach this season. But, I hope to score my second podium win to improve my standings and then give full focus on the World Championship in November,” said Muizz, who created history in 2012 when he became Malaysia’s first ever go-kart winner in Europe when he won two regional races in Pulgia and Sicily in Italy when he was 10 years old.

At the opening session of the Lamborghini Karts Drivers Programme held last month in Adria, Italy, the session started with some exchange of information between Bortolotti and the drivers and analysis on the telemetry systems, demonstrating the advanced technical level of the DR Kart Racing factory team.

They later moved to the bigger track, the International Raceway of Adria, where Giorgio Sanna, Head of Motorsport of Automobili Lamborghini gave an extensive presentation of the Lamborghini Squadra Corse activities, the junior program and the ladder to GT cars.

It was then followed by a session by Bortolotti, who explained the requirements and necessary approach to becoming a professional racing driver, as well as the importance of teamwork when moving up to a larger team and series where drivers share the same car.

It was then followed by a presentation by Lorenzo Facchinetti, Lamborghini external consultant for motorsport communication, who talked about the importance of being professional also of the track as much in the behavior as well with the communication, and how Lamborghini prepares the young drivers for this.

At the conclusion of the presentation, the action moved to the track, where the Lamborghini Squadra Corse presented the Huracán LP 620-2 Super Trofeo car and briefed the DR Kart Racing drivers about the all the functionalities and how to work the complex board and steering wheel of the car as well as the importance of the ABS and traction control systems.

The drivers then got taxi rides in the Huracán LP 620-2 Super Trofeo car on the side of Bortolotti, and got to see from the passenger seat the abilities of the GT car.