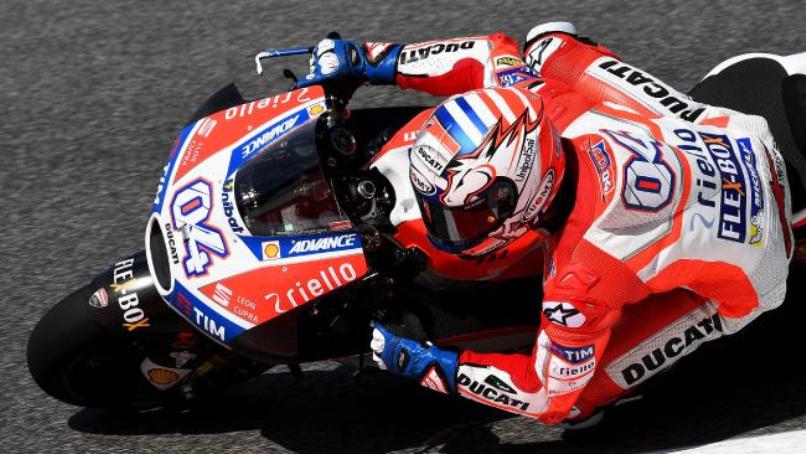 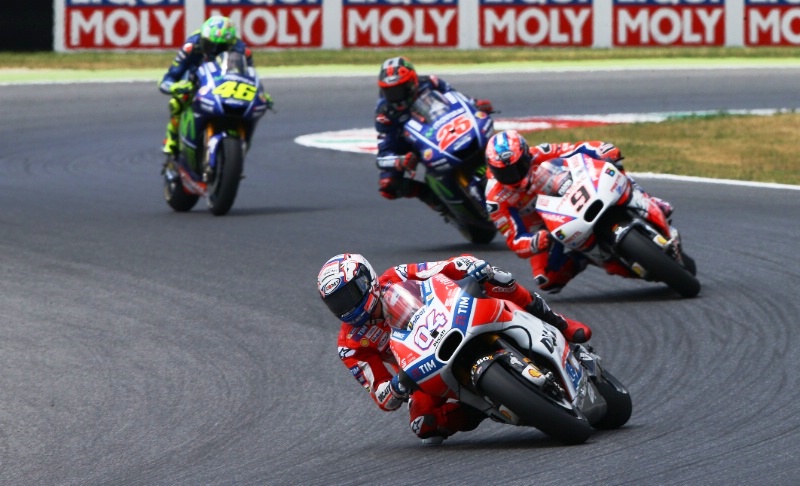 Another Italian, Danilo Petrucci also on a Ducati, was third while veteran superstar Valentino Rossi of Yamaha won plaudits for racing in pain from a training accident and finishing fourth having set the early pace.

The four had opened an ominous gap on the rest of the field hitting top speeds of 340kph (211mph) on the long straight and Vinales, on a Yamaha, set much of the pace having won three races so far this season.

“This win is a dream come true,” said the 31-year-old Dovizioso, who had been feeling poorly overnight but eventually beat Vinales by 1.281sec.

“The home crowds helped me and the Ducati effort was amazing.”

Huge crowds had turned out at Mugello, many of them igniting yellow and blue smoke bombs at the start of the race in support of Rossi, who provoked a roar of approval by overtaking pole-sitter Vinales on the first turn.

But Rossi’s injured ribs eventually saw him fade as his young teammate Vinales rode a wily race to protect his lead in the overall standings.

“I didn’t want to take any risks at the end and he (Dovizioso) finished really strong,” said the Spanish 22-year-old who won last time out in the French Grand Prix at Le Mans.

“After my fall (in training at Mugello) I was in pain and out of breath so in the end I was super happy to be second,” he insisted.

Defending champion Marc Marquez had a quiet day, finishing 6th at 5.885sec, while Jorge Lorenzo, who at one point had overtaken Rossi to take the lead, could only finish 14.39sec off the pace in eighth position.

After six races Vinales leads the standings with 105 points from Dovizioso in second on 79 and Rossi in third on 75, while Marquez is level fourth on 68 with Dani Pedrosa, who got caught up in a late crash with Cal Crutchlow. – Agence France-Presse