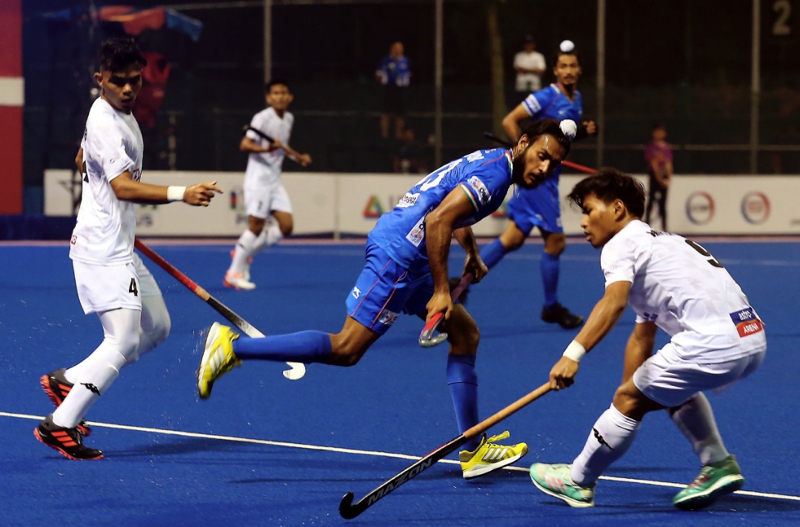 Malaysia has set sights on a third or fourth-place finish in the six-nation Sultan of Johor Cup Under-21 Invitational Under-21 tournament after holding two-time champions Australia to a 1-1 draw on Sunday.

For this to happen Malaysia needs to beat New Zealand in their third round-robin match at the Taman Daya Hockey Stadium in Johor Bahru on Tuesday. Malaysia’s draw with Australia came in the wake of a 4-2 defeat to India in their first match on Saturday.

Malaysia’s Nur Saiful Zaini was pleased with the manner Malaysia took on the Burras – committed and confident. In fact, Malaysia would have beaten the Australians but international Akhimullah Anuar Esook muffed aa golden opportunity when he hit wide with an open goal before him when the Australians played without a goalkeeper.

Malaysia opened the scoring through Adam Aiman Mamat off a penalty corner in the 35th minute but allowed the Australians to get the equalizer on 51 minutes when Daniel McBride scrambled the ball past Hamiz Mohd Ahir.

“We have to forget the defeat to India and the draw against Australia. Instead, we should next focus on our match against New Zealand…this is a match we must win to put ourselves in a good position to battle for a third or fourth place in the tournament.

“Of course we have not given up hope on a top-two finish for a place in the final. The draw against Australia is a good motivation for us to win against New Zealand but we need to move up a gear and cut out our mistakes at the back,” added Nur Saiful.

“Our attack lacked punch and we failed to get the penalty corners. One positive factor against Australia is that the players were given a ‘freehand’ to decide the flow of the match. They were not given any specific instructions and this did work to a certain extent.”

For the record, Malaysia beat New Zealand 6-3 in the playoff for fifth place last year.RIZAL ABDULLAH