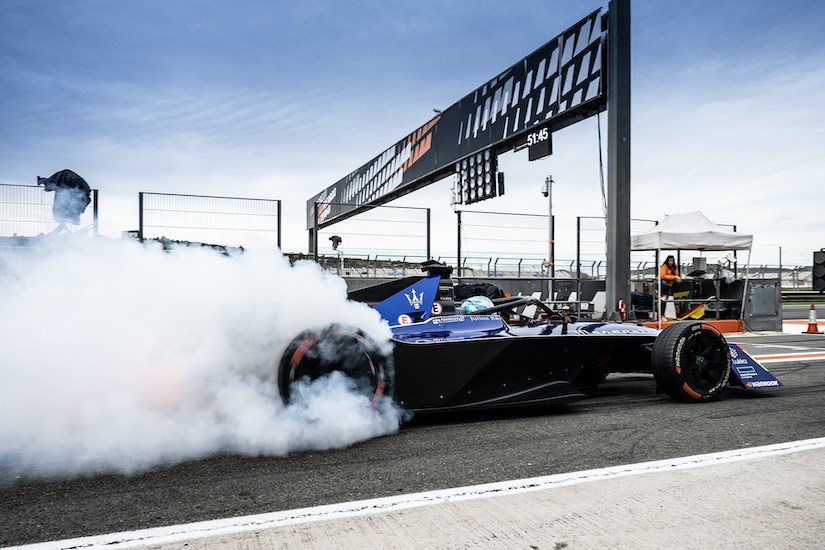 Pre-season testing of the new Gen3 race car concluded in Valencia where 22 drivers from 11 teams in the ABB FIA Formula E World Championship pushed the world’s fastest, lightest, most powerful and efficient electric race car to the limit.

The Gen3 will make its competitive debut in the 2023 Hankook Mexico City E-Prix on 14 January, the opening race of Season 9. Through five days of testing in Valencia, drivers completed a combined total of 5,128 laps, which at more than 17,300km is almost the same distance as a trip from the test track to the Autódromo Hermanos Rodrigo circuit in Mexico City and back.

On the final day of testing at the Circuit Ricardo Tormo, the top five drivers all went half-a-second quicker than the best time previously recorded by the Gen2 car. Maserati MSG Racing’s Maximilian Guenther set a Formula E testing lap record of 1:25.127.

Drivers from teams including TAG Heuer Porsche Formula E Team, Maserati MSG Racing, NEOM McLaren Formula E Team and TCS Jaguar Racing were testing the Gen3 on track together for the first and only time before the Mexico City event.

A smaller, lighter chassis and an additional front powertrain adding 250kW to the 350kW at the rear are among the many technological developments of the Gen3 race car, which is capable of a top speed of 200mph / 322kph.

Drivers shared their first impressions of getting behind the wheel of the Gen3:

“It’s been a fun process to get to know the new car. It’s a massive step forward in terms of power and it’s lighter and those two things you always look forward to as a driver – more power and less weight. There’s a front powertrain too now and it’s going to be a highly efficient car – 40% of the total energy used in a race will be from regen. It’s a big step in technology and it’s fun.

“It’s early days and we’re just getting to grips with the cars, slowly. We’ve a lot of things still to develop and learn with just a month before we go racing in Mexico but that’s all part of the process – it’s enjoyable.

“They have a lot more power than before and at the moment, in certain conditions, it’s quite hard to use it which is a good thing for the people watching. There will be more mistakes from the drivers and it will be harder to dominate in this car right now – I think it will produce very good racing.”

“We can expect a bigger difference but that will come with us exploiting the car better – you will see bigger differences on targets in the race and on target laps because the car is effectively a lot more efficient. There’s a lot to discover. We were at the maximum with the Gen2 car last year with software that was exploiting the entire performance available after years of working with those cars and powertrains. We’ve got a lot to learn and there’s a lot more to come.”

“Nobody has explored the limits yet and there’s a lot of lap time to come during the season. After a year or two, we will be a lot quicker. The Gen3 obviously has lots more power, it’s lighter and more nimble through the corners. The car itself was very quick especially on a 350kW full-power lap.”

“The Gen3 offers different challenges with regen on the front axle now and 600kW total front and rear. The braking feel is different and even more variables can be controlled on the software side together with your engineers – the possibilities of this is pretty exciting.

“The car will be fast on the streets because you have a lot more power – 100 kilowatts more, up from 250kW in Gen2 – and we’ve got different tyres with different characteristics to the previous ones. All in all it’s a great challenge and the car looks very aggressive. I’m enjoying my experience in it so far.”

“You’ve got two pedals and a steering wheel but a lot of change. On the technical side there’s the front powertrain that can regenerate energy with no brakes on the rear anymore but obviously way more capacity to regen. The cars are much lighter too and there’s a lot for us as drivers to adapt to. It’s pretty much all-new. So, right now, we’re not 100% sure how to extract the finer details of it and it’s going to be exciting to see how all the other teams and drivers catch up with each other throughout the season.”