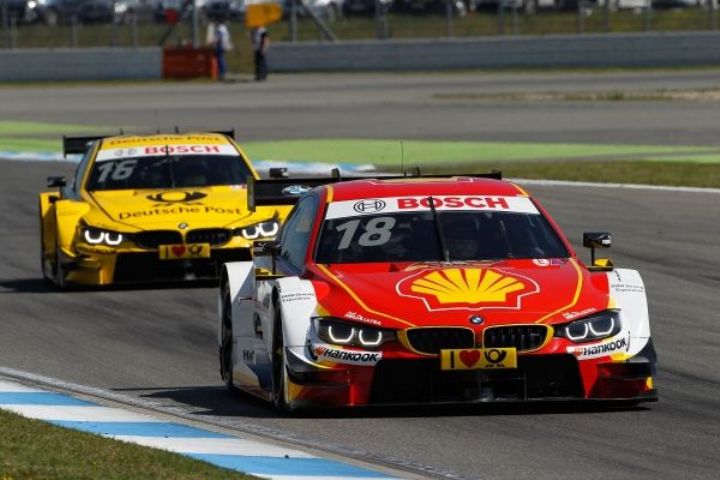 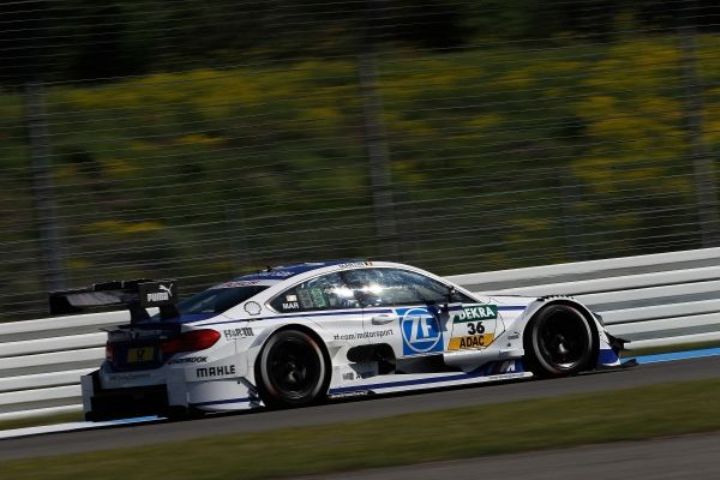 The eight BMW drivers are setting their sights high ahead of the second DTM weekend of the 2016 season: Spielberg (AT) hosts races three and four on 21st/22nd May – at what is probably one of the most beautiful circuits in motorsport.

Nestled in the Styrian mountains in Austria, the Red Bull Ring is the highest racetrack on the DTM calendar, at almost 700 metres above sea level. It is also up near the top of the popularity ratings among the drivers. A real test for the drivers, and featuring unusually large changes in elevation and gradients of up to 12 per cent, the 4.326-kilometre track is located about 50 kilometres from Graz and all but guarantees tense and exciting races.

When the BMW Motorsport drivers go out onto the track at the first of this season’s four trips abroad, they will be looking to back up the performance they showed in race two of the season-opener in Hockenheim (DE), where Augusto Farfus (BR) and Maxime Martin (BE) finished second and third. Farfus was also the top BMW driver in Spielberg in 2015.

Quotes ahead of the second race weekend of 2016 in Spielberg.

“The opening round of the DTM season in Hockenheim was eventful for us, in many regards. I think the fans certainly saw some fantastic racing – and that is exactly what we are looking to give spectators in the DTM. With two podium finishes and a handsome points haul behind us, we now travel to Spielberg with the aim of backing up our performances – particularly those shown on the Sunday. We have some fond memories of this beautiful racetrack in the mountains. We claimed a one-two-three there in 2013, and then a top-four lock-out the following year. Furthermore, it is also the home circuit of our premium partner Red Bull. Therefore, we hope that Styria will prove to be a happy stomping ground for us again in 2016.”

“First of all, I am very sorry for Timo Glock and our entire team that we were not able to retain our podium result from Hockenheim. Timo and the guys did a great job and more than deserved the second-place trophy as a reward for their hard work. We are now looking ahead, and looking forward to going on the attack again in Spielberg. Both Timo and Marco Wittmann have appeared on the podium at the Red Bull Ring several times in the past. I hope that is a good omen for the next two races.”

“I look back fondly on our debut in Spielberg in 2013. Back then, Marco Wittmann and Timo Glock claimed our first podium finishes. After the podium finish for Augusto Farfus and Bruno Spengler’s impressive race on Saturday in Hockenheim, we travel to Austria full of confidence. Our goal is to achieve top results again at the Red Bull Ring.”

“We made a good start to the 2016 DTM season, with third place for Maxime Martin and a strong display from Tom Blomqvist in Sunday’s race in Hockenheim. We would obviously like to take this momentum into the weekend in Spielberg. To make this possible, our mechanics and engineers are working hard in preparation for the weekend.”

“Spielberg is something of a home outing for our team. After all, the journey from Freilassing is shorter than to any other DTM race. The circuit is set in beautiful scenery and has a fascinating layout, which also produces the highest average speeds on the entire DTM calendar. We had an exciting start to the season in Hockenheim, which only goes to show just how close the DTM is going to be in 2016. We are now looking forward to the next episode at the Red Bull Ring.”

“Generally speaking, Spielberg really suits me. I claimed my first podium there, and actually won in 2014. It is, so to speak, the home race for my new partner Red Bull. I am looking forward to seeing a lot of fans at the track, who will be supporting us and cheering us on. It is certainly going to be a special weekend.”

“The Red Bull Ring is undoubtedly one of the most beautiful racetracks in the world, and one I have a lot of fond memories of. I claimed my first DTM podium there in 2013 and also enjoyed a lot of good races during my Formula 3 days. Apart from last year, things have always gone really well for me in Spielberg.”

“The circuit in Spielberg is one of a kind. As a racing driver, it has everything I love about a racetrack: fast corners, slow corners, climbs, drops, and a long straight with overtaking opportunities. On top of that, you have the passionate motorsport fans in Austria. I am very much looking forward to the weekend.”

“Spielberg is one of the most attractive racetracks in Europe. Driving there is always hugely enjoyable. After the good results in Hockenheim, I am really looking forward to Spielberg. We will obviously do our best to finish as high up the field as possible.”

“I really enjoy driving in Spielberg. I scored some good results there during my time in single-seater racing. Therefore, I am already very much looking forward to returning to Austria. Last year was obviously not particularly easy for us, due to the weather. The surroundings are beautiful, though, and it is great fun to drive at this circuit.”

“I am really looking forward to Spielberg, even though we had some issues there last year. Now is a new season, however, and everything can change. I think we have a good chance of scoring some valuable points for BMW. The track itself is very undulating and has a very long straight. However, the most fascinating thing is the scenery. There are few places so beautiful.”

“The Red Bull Ring poses many challenges: fast corners and nice stretches between the individual turns. It is not that easy to set a fast lap time there. Despite this, the circuit is fantastic and in outstanding condition. It has everything to ensure we are in for some great DTM races.”

“Spielberg is one of my personal highlights of the motorsport season. On the one hand, this is because it is a beautiful racetrack. Even as a racing driver, you cannot resist the odd sideways glance at the scenery. Furthermore, the circuit is in top condition and has a great layout. It stands out from some other circuits in that regard. You also have a lot of overtaking opportunities on the straights, which obviously helps to make it really exciting.”