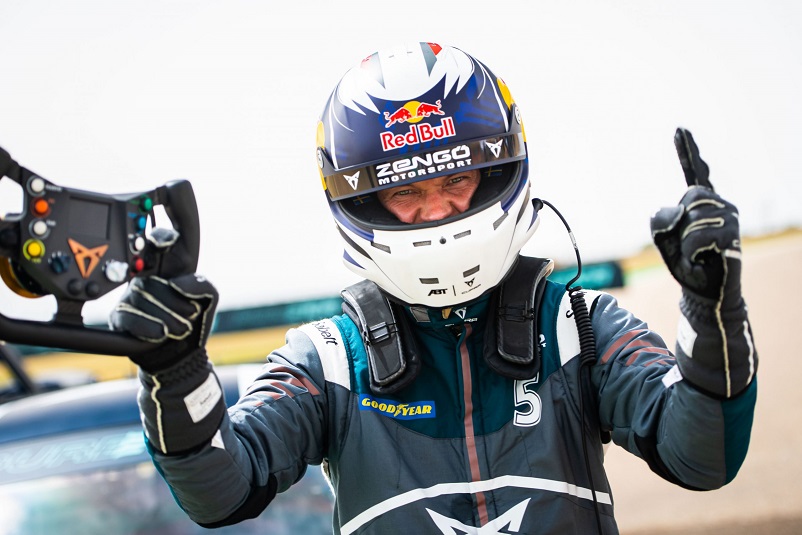 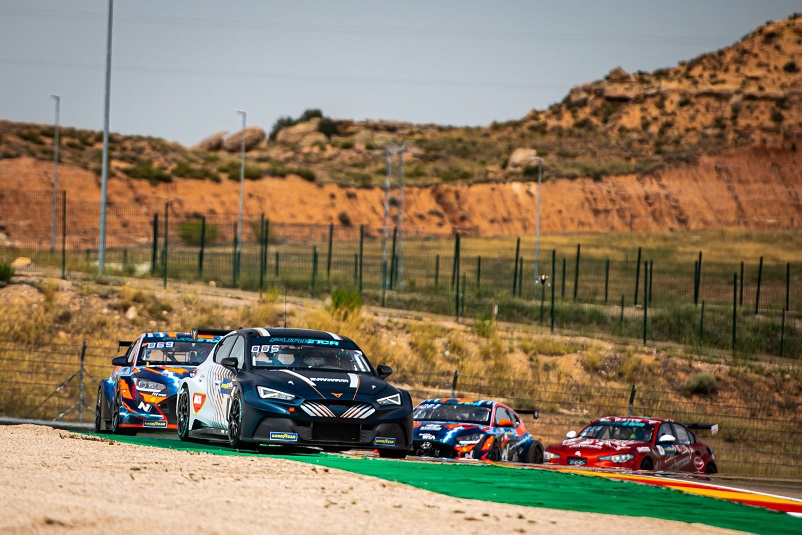 Mattias Ekström was crowned PURE ETCR’s King of the Weekend for the first time after a commanding victory in Race SP in DHL SuperFinal B at MotorLand Aragón.

CUPRA X Zengo Motorsport driver Ekström led virtually the entire distance on a sweltering day in Spain where track temperatures exceeded 50 degrees; teasing the maximum performance from his Goodyear tyres and optimising his 40 seconds of ‘Power-Up’.

After starting well, he pulled out a two-second gap over polesitter Jean-Karl Vernay’s Hyundai Veloster N ETCR by half-distance and maintaining it over the remainder of the seven-lap race.

His win ensured that he overhauled DHL SuperFinal A winner Augusto Farfus – Vernay’s team-mate – for status as King of the Weekend and TAG Heuer Most Valuable Driver and also moved into the series lead by 22 points over Vernay.

While the win for Ekström appeared straightforward, Farfus’s success was anything but. He fought tooth-and-nail with overnight Pool A leader Mikel Azcona; a battle that was ended when minor contact put the CUPRA into the gravel and out of the race at Turn 3.

Farfus was able to hang on to victory ahead of Romeo Ferraris-M1RA driver Rodrigo Baptista and CUPRA’s Jordi Gené – who survived contact from the Guilia ETCR of Stefano Coletti, who spun out in the process and was later penalised 10 points from his championship score.

Romeo Ferraris-M1RA’s Oli Webb completed his best PURE ETCR weekend yet with third place in DHL SuperFinal B; the Briton tactially using his Power-Up – a 200kW boost that increases overtaking opportunities and increases maximum power to 500kW – the equivalent of a staggering 670bhp.

The most unlucky driver on the day was Luca Filippi. One of only two drivers – along with Ekström – who was capable of overhauling Farfus following DHL SuperFinal B; the Italian suffered a loose electrical connection and had to start several laps behind.

Mattias Ekström (CUPRA X Zengo Motorsport), said: “I had a good weekend so I’m very happy. Except for my too-conservative lap in qualifying, I am happy with the performance. It would have been nice to have Luca Filippi in the SuperFinal, but he had a problem. I was looking forward to that battle. I didn’t expect to like PURE ETCR this much, but every weekend I enjoy it more. I’d be very happy to see a lot more manufacturers and drivers to come and battle with us, because it’s a really cool concept and I think we’ve proved it’s very action-packed too.

Augusto Farfus (Hyundai Motorsport N), said: “It was different watching SuperFinal B because my job was done and the result wasn’t in my hands. Mattias drove an excellent race. We’re giving a unique racing style, which we’re giving to motorsport fans. I think my job was done beautifully and then I just had to wait to see what happened in SuperFinal B. When I think about Vallelunga, when I had a victory in my hands and it slipped away, to come back, it’s a good feeling. I’ve moved up in the championship too.”

Rodrigo Baptista (Romeo Ferraris-M1RA), said: “This weekend was really good for us. Not only for me but for the whole team. Since the first Battle I knew the car was good. The Time Trial was a shame, because I wasn’t happy with it, but in the SuperFinal I was very happy. Hard to say if we’re close to winning one, but the next event is on a street track so none of us know what to expect. I do feel we’re close though.”