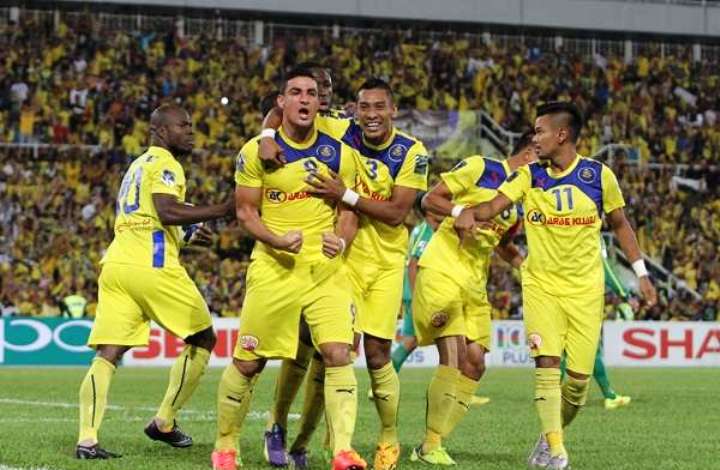 Pahang rode on a hattrick by Slovenian striker Dalibor Volas to regiser their first Super League win in seven matches with a 4-3 victory over Perak at the Perak Stadium in Ipoh on Saturday.

However, the Elephants remained at the bottom of the 12-team Super League with only four points to show – the same as Perak who are 11th on goal difference.

Tenth placed Sarawak also suffered a home defeat in their 2-0 loss to T-Team at the State Stadium in Kuching while Kedah were held to a 2-2 draw by Penang at the Darulaman Stadium in Alor Setar.

Volas fired a hattrick with goals by in the 13th, 43rd and 90th minutes and one by Argentine striker German Pacheco (70th) to surprise Perak. Perak scorers were Vokhid Shodiev (9th), Elias Fernandes (58th) and Ahmad Khairil Anuar (77th) in the high scoring match.

But the attraction was in Alor Setar where Penang, playing their first match under new head coach Manzoor Azwira after “resting” Jackson Tiago after a 2-1 defeat to Sarawak in their last match, came back strongly to share the spoils with a 2-2 draw.

Twice Kedah were ahead through Liridon Krasniqi who was on target in the 24th and 61st minutes  but could build mon their momentum each time. The Panthers hit back each time and scored through Matias Cardoba and Darwira Sazan in the 30th and 86th minutes respectively.

The night belonged to Mali striker Makan Konate at the State Stadium in Kuching. Konate hit a brace in the 55th and 69th minutes to power T-Tea, now known as Terengganu FC II, for only their second win in – coming in the wake of their 4-2 hammering of Kelantan at home in their last match.