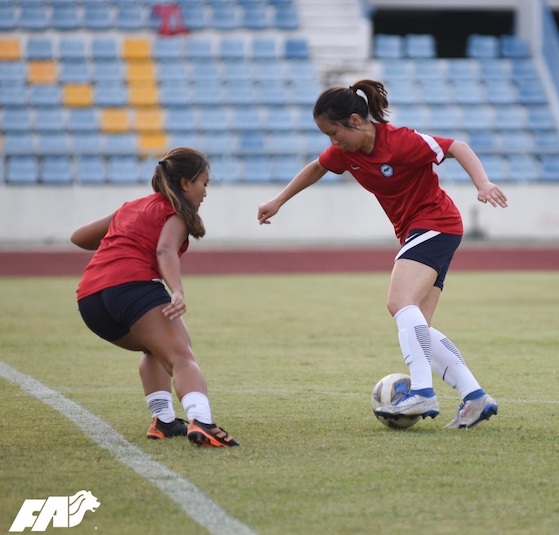 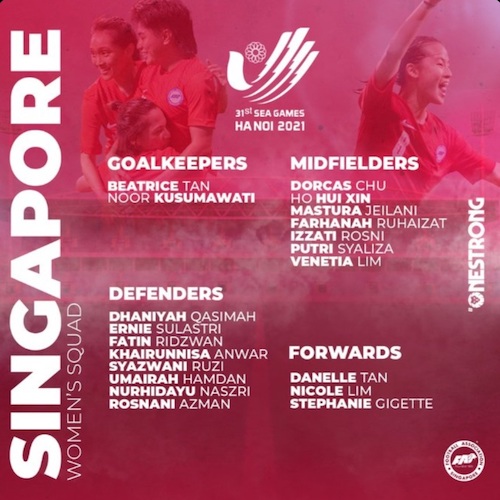 With their opening game against ASEAN powerhouse Thailand just a week away, Singapore women’s national team head coach Stephen Ng said that the ‘emphasis will be on belief and courage’ for their campaign ahead.

This follows Stephen’s naming of the 20 players who will carry the challenge for Singapore for the upcoming SEA Games in Vietnam where they have been placed in Group B against Thailand, Laos and Myanmar.

“We have prepared for this competition with two international friendly matches at the FAS Tri-Nations Series 2022 and three more practice matches in Chonburi, Thailand,” said Stephen.

“Throughout this period, I have emphasised the need for belief and courage, and I am confident that the players will fight and put up a tough challenge for our opponents.

“We may be underdogs going into the SEA Games, given it has been 19 years since Singapore have participated. Regardless, we will be focused on the team’s performance and want to make a statement to the region that the Singapore women’s national football team is a force to be reckoned with.”

The final selection was trimmed from a provisional squad of 27 players that had been undergoing centralised training since 20 April 2022. That team recently concluded an eight-day training camp in Thailand.

All 20 players in the team, who will be captained by Ernie Sulastri, will be looking forward to making their SEA Games debuts.

Stephen can count on the international experience of defender Siti Rosnani Azman, midfielder Putri Syaliza and forwards Danelle Tan and Nicole Lim, who play in Japan, the United States of America, England and Scotland respectively.

Rosnani will don the national colours for the first time since the AFF Women’s Championship in August 2019.

The 24-year-old moved to Australia in 2020 to play for semi-professional club Southwest Queensland (SWQ) Thunder in the country’s second-tier division.

She then inked a professional contract with Japan’s Women Empowerment League club International Athletic Club Kobe Leonessa and was subsequently loaned out to Kibi International University Charme to play in Nadeshiko League 2.

The team will travel to Cam Pha on 7 May 2022 and begin their Group B campaign against Thailand three days later.

All of Singapore’s matches will be streamed live on Mediacorp’s meWATCH platform. 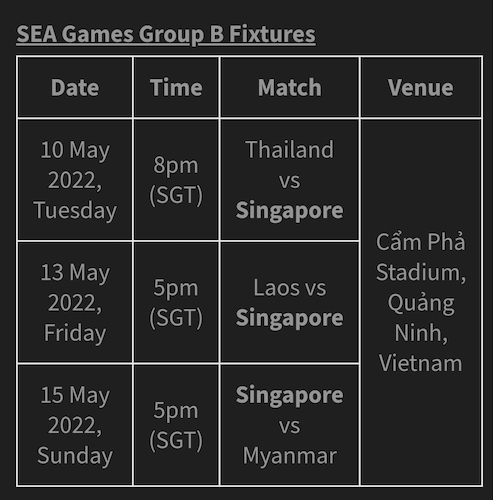