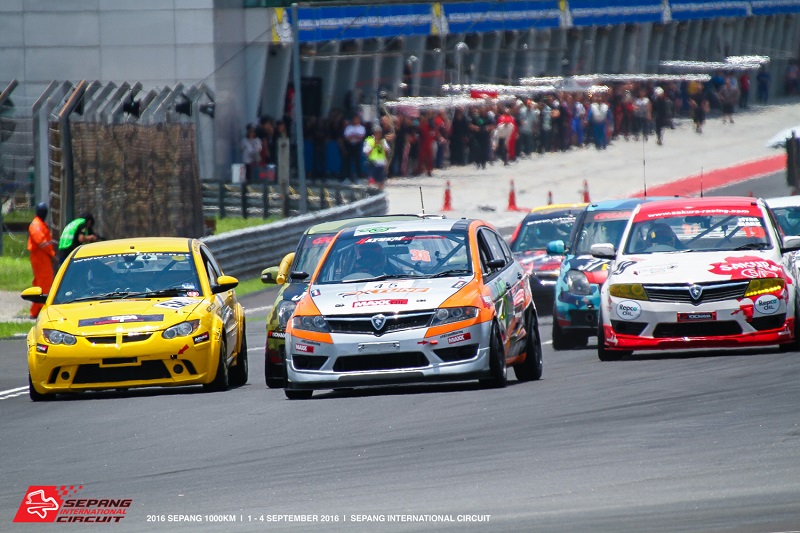 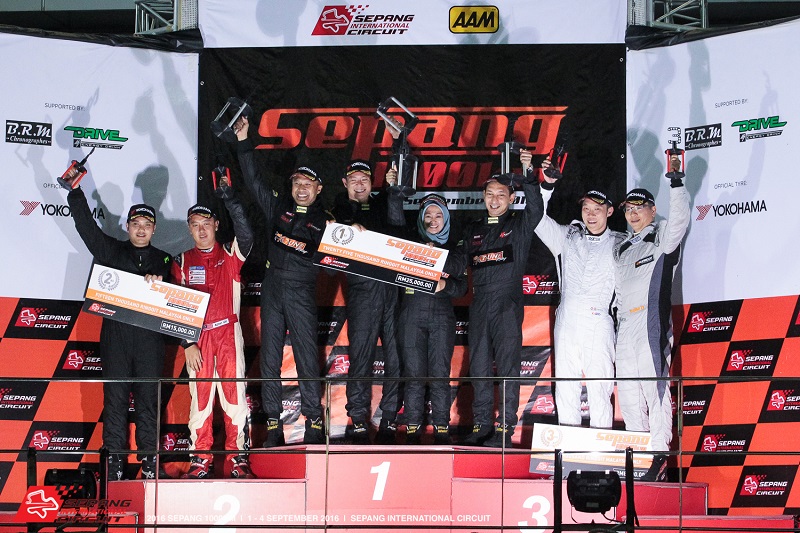 The ninth edition of Malaysia’s prestigious endurance race – Sepang 1000 Kilometer (SIK) gets under way this week, promising yet another exciting affair with the defending champion breaking ranks and leading driver Tengku Djan Ley Tengku Mahaleel in prime position to score a sensational hattrick in the series.

Tengku Djan, who is also hailed as Malaysia’s Drift Prince, is maintaining alliance with seasoned driver Keifli Othman in his assault for a third S1K crown, cutting ties with celebrity drivers Zizan Razak and Faye Kusairi, who formed a high-profile winning partnership in last year’s race.

While he continues to be managed by the brilliant Megat Shazreel, Tengku Djan, however, will not be having the support of his usual R3 engineering team as he will be competing in a Honda Jazz machine and a #23 competition number this year.

So far, lady driver Faye Kushairi is not seen in this year’s entry list, but celebrity driver Zizan Razak is taking up the challenge again, partnering Malaysia’s former Formula 3 driver Rizal Ashram Ramli in a Toyota Vios and competition number #45. They will be joined by Naem Harris and Adzeem Eqwan.

Tengku Djan, however, will not be the only one with the opportunity to score that sensational hattrick at the 2017 Sepang 1000km Race, which opens this Thursday with the official free practice session.

Former Malaysia Championship Series champion Syafiq Ali will one of the other drivers bidding for a third S1K title. Winning his first title with Japan’s former Super GT driver Morio Nitta in 2012 in a Proton Satria Neo, Syafiq won his second title with Djan in 2014 in a Proton Preve machine, both with the formidable Proton R3 outfit.

Returning with Proton R3 outfit again this year, Syafiq will have a solid support in the highly experienced former Asia Touring Car Championship and Japan Super Taikyu champion, Fariqe Hairuman and competing this time round in a #81 Proton Iriz.

Another two-time winner on the grid this year will be former Malaysia A1GP driver Aaron Lim, who will be together with his 2015 winning partner, Farriz Fauzy. The dynamic duo finished second in last year’s race, finishing a lap behind the Mayhem-FX Tune Racing quartet.

Aaron, who won his first S1K crown with Eddie Lew, will again be racing under the Honda Malaysia Racing Team banner, which has also roped in Malaysia’s top Touring Car driver, Mark Darwin in their chase for glory this year.

Not too long ago, Boy Wong Yew Choong and his Type R Racing Team were sweeping local racing titles in Sepang including two S1K crown, which he won at the inaugural event in 2009 and again two years later in 2011.

After the dismantling of the illustrious Type R Racing Team, Boy has been switching teams and is now finding a new footing at Wing Hing Motorsports and Toyota. Instead of having the likes of Lai Wee Sing and Soh Kee Koon Koon in the past, Boy has been partnering his racing buddy William Ho for this year’s S1K challenge.

Qualifying will be on Friday with the first session for Driver 1 at 3pm followed by the remaining drivers. Race will be flagged off at 12 noon for a 181-lap battle around the 5,5403-km track. With thrilling actions on track, who will win the battle of supremacy in the Sepang 1000KM 2017 race? Fans are encouraged to catch the race live at the circuit with free entry to the main grandstand or live on SIC’s Facebook and Youtube page.