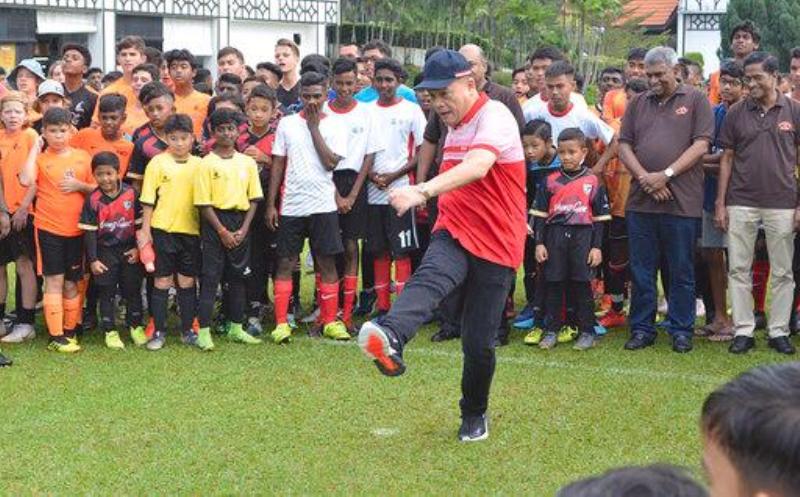 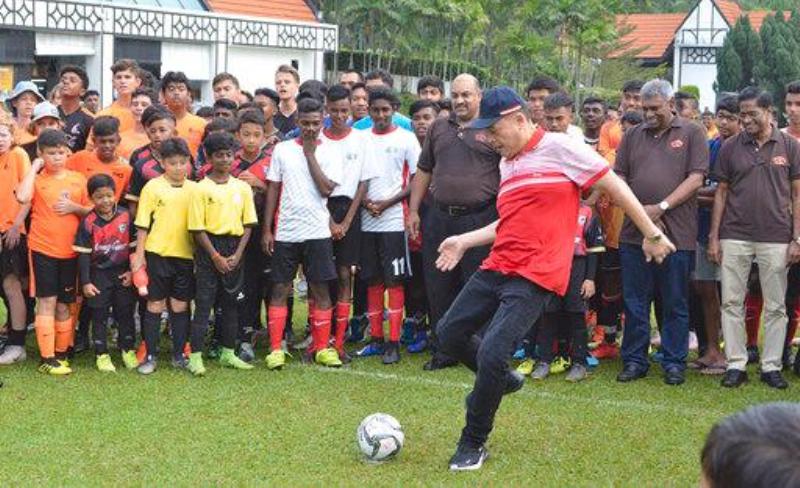 The Football Association of Malaysia is keen to provide assistance to private clubs that indulge in development programmes for Football.
In making this stand, FAM President Dato Hamidin Mohd Amin lauded the efforts of such endeavours of clubs investing in development of kids.
In particular Hamidin paid tributes to the Soccer Section of the Royal Selangor Club.
“ Organising an event of such magnitude requires much dedication and passion.
“ And got that I salute the Royal Selangor Club for its unwatered enthusiasm and support towards the development of football in this country,” said Dato Hamidin at the launch of the 15th RSC Junior International Football Tournament.
A total of 1,000 kids, with ages ranging from 6 to 16 years are competing in the five categories contested , representing some 81 teams in the two day event at the RSC Bukit Kiara.
And as a reward for the efforts of Royal Selangor Club. hamidin announced his approval to conduct coaching courses for private clubs.
“ In an effort to further enhance the RSC Coaching  Program , the Football Association of Malaysia will conduct a C Licence Coaching Certificate course at RSC Bukit Kiara soon” said Hamidin.
“ This course will be hosted by RSC with the cost for providing Instructors be supported by FAM.
“I hope that RSC will accept our offer and invite all other members clubs from throughout the country to send their coaches to be given the proper training and certification in coaching Football.”
Also present at the launch were FAM Vice President Dato S. Sivasundram, RSC President Sylvester Devaraj and Organising Chairman of the RSC Chu Ah Nge Trophy Dato’ Gerald Rakish Kumar plus members of the RSC General Committee as well as hundreds of parents and members.