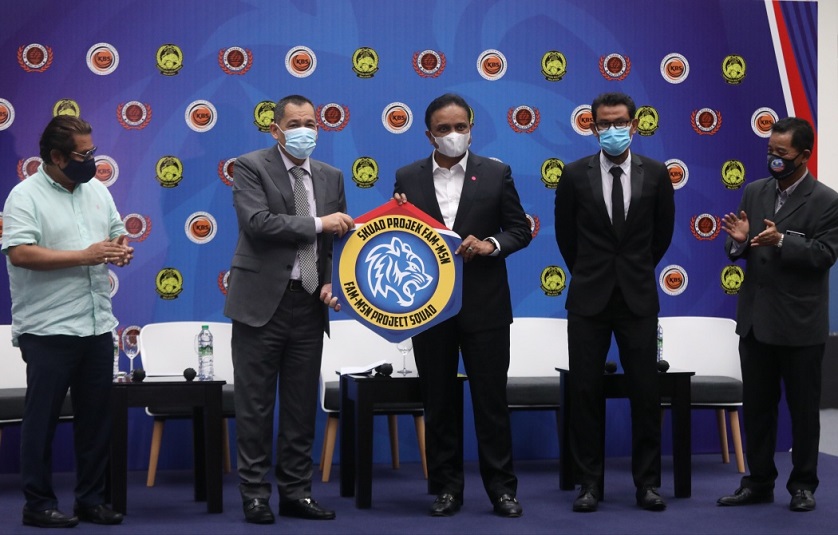 A project squad formed by the FA of Malaysia (FAM) and the National Sports Council (NSC) will compete in the 2021 Premier League.

The programme is part of efforts to create a career pathway for the National Football Development Program (NFDP) products, including Mokhtar Dahari Academy (AMD) graduates, in order to facilitate their transition to the senior platform.

Selected players will be based at the NSC, be given allowances, accommodation and food, medical support, exposure to domestic and international competitions as well as the opportunity to further their studies at selected institutes of higher learning.

Beginning January 2021, a total of 30 trainees will be selected from AMD graduates, Youth Cup and President’s Cup players and the various Sports Schools as well as from the District Training Centres (PLD).

Former international Yusri Che Lah has been appointed as the head coach with the FAM-NSC squad to be the eleventh team to play in the Premier League.

The decision to form the squad was made after a series of brainstorming discussions between FAM and NSC over the past few months in ensuring products of the NFDP do not miss out on competitive matches at the crucial age between 18 and 20 years.

To symbolise the collaboration, Dato’ Sri Reezal also launched the team logo which combines the elements of the AMD and NFDP emblems together with the national colours.

“Player’s pathway is important in the national football development ecosystem.  Potential players will definitely be identified in advance by the teams in the local league matches, but late developers will have a second shot of playing time through the project squad.

“The project squad is a continuation of the players’ development in the national football structure,” said Dato’ Seri Reezal.

FAM sees the collaboration with NSC as the key to recreating the environment which led to the Harimau Muda winning the 2009 and 2011 SEA Games on top of forming the core of the victorious AFF Cup in 2010 as well as filling in the gaps in the existing structure for NFDP products.

“Besides releasing the cream of the crop into the existing system, this project squad will provide a platform for talented players who wish to balance their careers with academic pursuits, hence the value-added scholarship offer,” said Datuk Haji Hamidin.

NFDP graduates who have signed for teams in the Super League and Premier League are allowed to be absorbed into this project squad on loan subject to their performance and agreement between their employers and the team management.

The FAM-NSC project squad’s participation in the Premier League was recently approved by the board of directors of the Malaysian Football League (MFL).

Although it is a development squad, players who excel will form the core of the national squad to compete at the 2021 Vietnam SEA Games, the 2022 AFC Under-23 qualifying round, the Hangzhou 2022 Asian Games, 2023 Cambodia SEA Games and the 2024 AFC Under-23 qualifiers as well as the various AFF competitions.

Yusri will be assisted by Noor Zaidi Rohmat as the assistant coach, Hamsani Ahmad (goalkeeper coach) and Nor Ikhmar Madarsa (physical conditioning coach), with the support of the National Sports Institute (NSI) on science, medical and technology.

Accumulating 42 international caps from 1997-2002, Yusri, who played for Perlis, Selangor and Perak in his playing days, began his coaching career in 2009.

The project squad will be run by a management team committee chaired by the team manager, Mohd Joehari Mohd Ayub, who is also the FAM Vice President.

Mohd Joehari has the experience of being the Sabah team manager in 2003-2005.

FAM and NSC will announce the sponsors and educational partners soon.