Home 2019 Fantastic start to the weekend for Seppanen, Aradhya and Allen 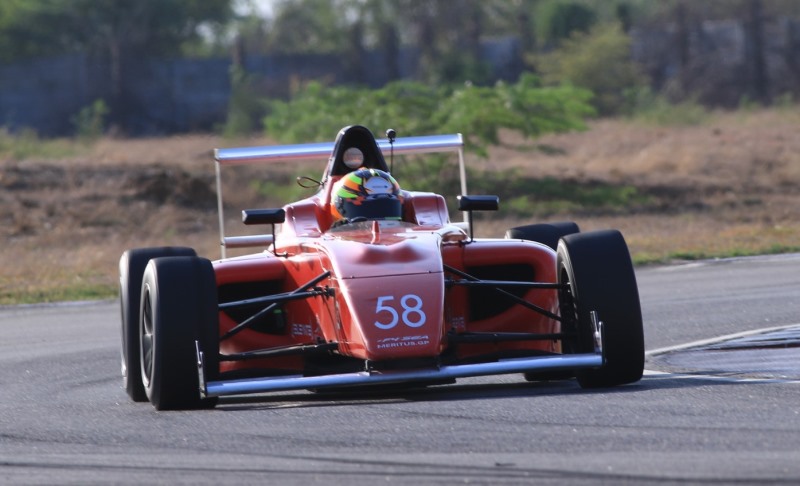 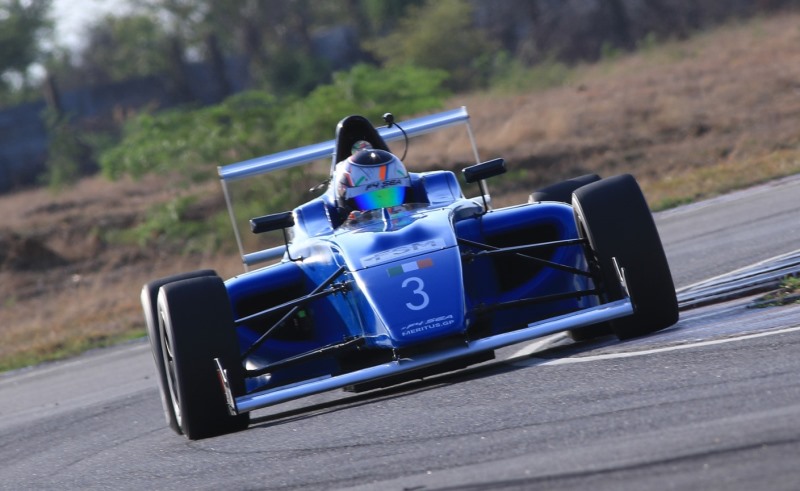 The young F4 road warriors put on a fantastic show here at the Madras Motor Race Track for the fifth event in what will be a ten event forty race championship!

The Finn, Elias Seppanen, did well to secure his first pole while Yash Aradhya improved in spades from his outing in Thailand to put himself second on the grid just ahead of Lucca Allen.

Malaysia’s Muizz Musyaffa set himself up for a great weekend, destroying the competition in testing while Alister Yoong and Shihab al Habsi rounded out the top six who were all within six tenths!

All in all, a fantastic start to our second double-header at the Madras Motor Race Track. Be sure to go to our Facebook page to watch the races live tomorrow.

Seppanen puts a smile on our faces in Free Practice

India’s native son, Yash Aradhya, started Free Practice off with a taste for things to come setting a time in the 1:40’s. But it wasn’t long before the championship favourites decided to show him what for and Allen cooked up a storm breaking into the 1:39’s with Elias hot on his heels.

The next time around Allen found five tenths while Yoong leaped into second but to the dismay of Finland, a car spun off at the exit of turn eight, red flagging the session and preventing Elias from answering the Malaysian.

The clock was stopped while the marshals recovered the beached car, keeping Shihab fourth and Yash fifth.

While Allen had found time, perhaps holding off for this session, the next four cars on the grid were separated by four tenths with newcomer Mohammed Ibrahim closing the gap and working on his brake pressures.

When the session was green flagged there was twenty-two minutes on the clock and Sneha Sharma flashed out of the pits. The Indian lass leading her prime competitor, Mira Erda, on the timing screen.

Her compatriot, Yash Aradhya, took the time during the red flag to go over everything with his engineers and, knowing the track like the back of his hand, surged into the 1:39’s, two tenths off Lucca as Elias went fastest in sector one. Although the Finn lost some time in the last sector, he kept pushing as Oman’s Al Habsi followed, going fastest in the third sector on the same lap.

Mid way through the session our newest rookie, Muhammad Ibrahim, was doing well. The Malaysian six tenths off third and second rookie.

But our leading rookie, Finland’s Seppanen, put a smile on everyone’s face, even his own, when he smashed Allen’s best time in the closing stages, the first to break into the 38’s with a 1:38.761 ahead of Allen and Al Habsi.

All in all a great start to the official weekend and good news for Finland, Ireland and Oman as the diverse grid of striving hopefuls continue to battle for the championship. 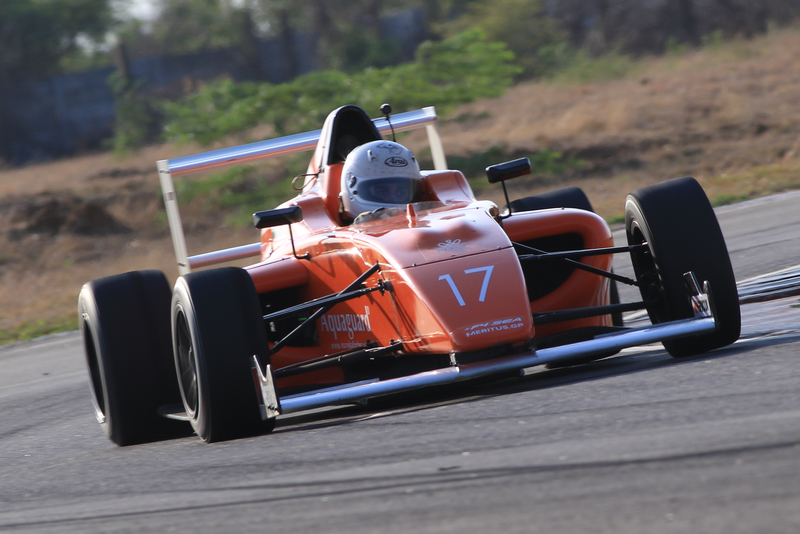 The Finn puts it on pole while Aradhya wows with the second spot!

Muizz Musyaffa put Malaysia on good footing at the start of qualifying. The Malaysian had been fastest in testing and secured a 1:39.433 before he ducked into the pits to wait alongside Elias, Shihab and Lucca. All four trying to psyche each other out!

Unfazed local racing hero Yash Aradhya was out on track, focused on making use of the time to work on that perfect lap. The India youth did just that, besting Muizz by a tenth just after he pitted.

That seemed to be the cue for the big guns to come out.

Allen and Seppanen joined the fray as Yash and Ibrahim dived into the pit. But before the duo could do anything the session was red flagged when Sneha Sharma went into the barrier at the exit of turn eleven. She got right out and was ready to go again, but it would turn out she had done enough already to finish ahead of her competitor in the leading lady category and she would have to settle for that.

In any case the clock was stopped and all we could do was wait.

Once the car and driver had been recovered safely, the whole procession surged onto the track with 16 mins left on the clock and one thing on their minds.

Shihab set the fastest lap right off the bat, only to be outdone tenths of a second later by Elias as Alister put Malaysia in third.

The question on our minds though was what would Lucca Allen have to say about that?

The Irishman answered with a 1:38.704, four tenths off with Muizz Musyaffa, the Malaysian rocket, following a tenth behind.

With Musyaffa third and Yoong in fifth, it was set to be a good day for Malaysia. But Shihab al Habsi was eyeing a front row start and had been fastest in the third sector consistently, doing it again just behind Muizz.

But to the joy of all his supporters in Sriperumbudur, Yash Aradhya, found time in the sector from the start line up to turn second to go second fastest! While Muizz Musyaffa was challenging Shihab in the final sector.

The competition was excruciatingly tough as always! The top 6 were within 6 tenths as fastest sector times were set and broken again and again. But as the time counted down Lucca Allen went out for one last push.

He set a personal best, but it wasn’t enough to beat Elias or Yash, and the Irishman had to settle for third while India got a man on the front row and a Finn qualified on pole for the first time in the history of the championship!

Another fantastic session from the team, and a brilliant show from the men and women behind the wheel.