NOW I know how Sir Alex Ferguson felt six years ago when Manchester United got whipped 6-1 at Old Trafford in an amazing Manchester derby.

Likewise for Team Game Changers as they were flipped out in a 30-13 finish at the first-ever Football Association of Singapore (FAS) elections with a resounding victory for Team Lim Kia Tong.

Even for the heartlander Singaporean, who always relish a little financial splurt, there was something in the little betting goody bag: The favourite four-digit number for the weekend’s lottery may well be 3013.

That’s how on Saturday, the affiliates marked their crosses for a new leadership team to lead Singapore’s football administration and development for the next four years. 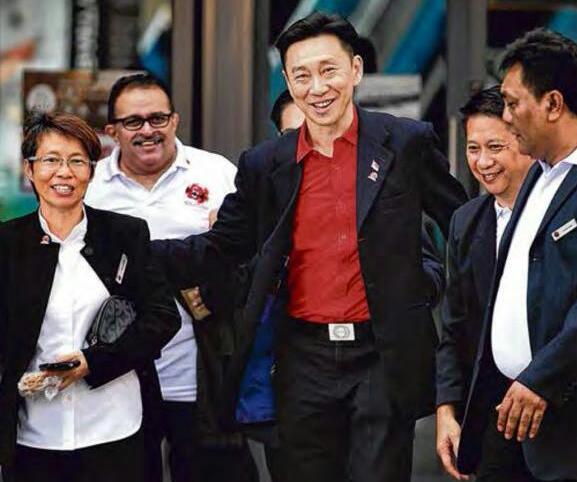 GRACIOUS IN DEFEAT
I was part of Team Game Changers and I must go on record to say that we accept the decision of the football fraternity and we will be magnanimous in defeat to congratulate Lim Kia Tong and his team.

Some may allude to this first-ever election in 125 years being held was held at an ill-omened venue — The Black Box Auditorium at the Sports Hub. But superstitions, talisman, voodoo dolls, amulets or whatever, I must positively salute both teams and the FAS staff for organising it in a very professional way.

There will always be the usually pre-elections verbal gimmicks or random accusations. But it’s time now to cast the diabolism and devilry aside and to move on because there’re mountainous steps to take in the coming months to rebuild Singapore football.

As he walked away from the Black Box after the election, with a big smile to waiting reporters and photographers, Ng responded pragmatically: “The best 11 won…we have to respect the result. We will support them. No regrets (in running in the election), I appreciate my team, they tried their best.”

The united football spirit, long lost in Singapore arena, was further exemplified by Lim Kia Tong, who sent an open-ended personal letter to every affiliate of the Football Association of Singapore (FAS).

I can’t reiterate more than to say that football is, at the end of the day, about being creative, cultured and cultivated in victory, yet grand and grateful in defeat and to be sensitive and stimulating in moving forward.

This sums up the elegant and exquisite, neat and nimble, decorative yet delicate, ideal and imaginative traits of a gentleman football leader.

In thanking the voters, lawyer Lim gave a statement and signature to endear the football fraternity. This is, in my opinion, the monogram to a better united future for Singapore football.

He says: “From the bottom of my heart, I want to thank all of you for taking part so actively in this historic FAS election. These elections have put in place a new team with a strong mandate, and we now have a chance to build, to move forward and to re-energise football in Singapore. 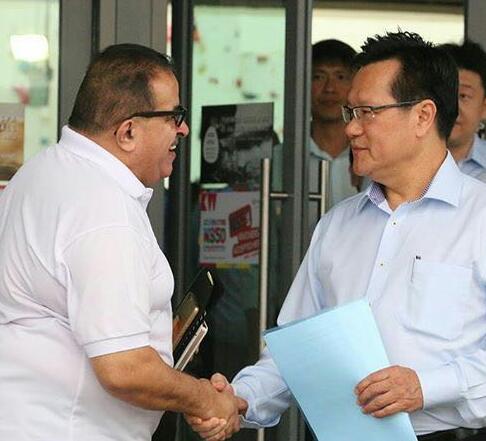 STRONGER FOOTBALL COMMUNITY
“Most importantly, we get a chance to show everyone that we can emerge from an election even stronger as a football community, and as one.

“The competition was intense, but like in a tough football match, once it is all over, members from both teams, in the true spirit of sportsmanship, accept the result and shake hands.

“I am very encouraged by Team Game Changers, who graciously accepted the result and said they would support our Council wholeheartedly. We will work with anyone with generous and selfless ideas to take Singapore football forward.

“A new council has been elected and no matter who you voted for, this council now represents you. I ask all of you to support the FAS as we strive together to bring glory to the game we love.

“There is a lot of work to do, and we count on all of you to work with us to bring Singapore football to greater heights.”

Perhaps, on hindsight, what distinctly clouded the real issues in the election campaign and was a major distraction for Team Game Changers, which Ng led, were police investigations into money matters.

Lau Kok Keng, the alternate Deputy President-candidate with Ng, adds: “I don’t think Bill would have liked to have this cloud the real issues during the elections. You know, as in all other competitive elections, the other party would obviously want to exploit something like that. But I suppose the messaging that was created and sent had the effect of making this into the sort of fiasco that (the media) labelled it.” 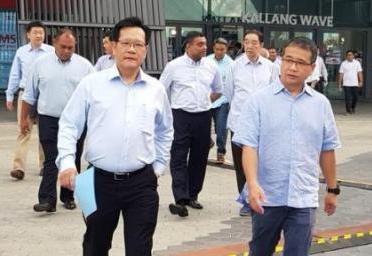 VOTERS’ CHOICES
Annabel Pennefather, the alternate Vice President-candidate with Ng, reiterates: “I think in some way it would have had an impact on voters’ choices and that could explain things. But whatever it is, it was a vote and it’s the voters who choose who they want.”

In a media statement following the election, Ng graciously offered his “sincerest congratulations” to Team LKT, and said that his team had raised “many pertinent and pressing issues” about the development of football in Singapore.

“We will continue to be the 12th man and bench strength for Singapore football and will continue to play a supporting role for the betterment of the game. We look forward to working very closely with Team LKT and all stakeholders.”

New FAS president Lim was asked how the police investigations into Ng’s donation had played a role in the elections. He smartly declined to answer, calling it a “sensitive question”.

But his teammate Member of Parliament Edwin Tong, who will serve as one of four vice-presidents, said that the 44 FAS affiliates had focused on each team’s “positive agenda” and their respective manifestos, and that Lim had come across as “sincere”.

End of the day, and over the next few months, the FAS affiliates will look for the proof in the pudding. As Lau Kok Keng says: “I think the test of inclusiveness as promised by Mr Lim would be borne up over the next six months.

“Let’s see how they go about effecting (the) changes that they promised. Like he said, history will be the witness. Let’s see what happens. Affiliates will have to hold them to their promises made during their campaign.”

• Suresh Nair is a Singapore-based journalist, who campaigned for Team Game Changers under Bill Ng. Like his colleagues, he accepts defeat graciously and wants Singapore football to move on