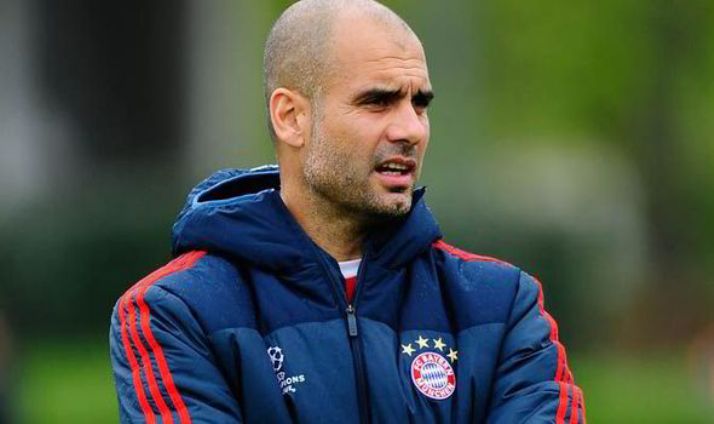 Pep Guardiola will quit Bayern Munich at the end of the season having already given the stamp of approval to his successor Carlo Ancelotti.

Guardiola jetted home to Spain on Sunday for Christmas leaving Bayern to announce he will not extend his three-year contract with Ancelotti to take over as coach next season.

The 56-year-old, who was sacked by Real Madrid in May, comes with a wealth of experience and has a better Champions League record than Guardiola.

He has won 16 major trophies with Chelsea, AC Milan, Real Madrid and Paris St-Germain and will eventually inherit a Bayern team currently enjoying an eight-point lead in the Bundesliga.

“I can say about Carlo, that he’s a super person and a super trainer,” Guardiola said on Friday.

“We’ve had plenty of contact during our careers, with AC Milan and Barcelona respectively, plus UEFA events, and we get on really well.”

Chairman Karl-Heinz Rummenigge had promised Bayern fans a ‘Christmas surprise’ after Saturday’s final game of 2015, but it turned into the worst kept secret in German football.

Ancelotti was first linked to Bayern weeks ago and media reports last Friday confidently predicted Guardiola would not extend his contract, which expires in May.

Guardiola is the self-confessed perfectionist, who admits wanting to see his team hog ball possession, while Ancelotti is the guiding father-figure with a proven track record.

In turn, the Bavarian giants offer Ancelotti the chance to pick up his career after a stressful two-year stint with Real, who sacked him in May.

They poached him from Paris Saint-Germain to replace Jose Mourinho at the Bernabeu in 2013.

After the highs of a four-trophy haul in the 2013-2014 season, which included the Champions League and Spanish Cup, Ancelotti was relieved of his duties just 12 months after delivering the ‘decima’ — a tenth European crown for Real.

Madrid had won the 2014 Club World Cup on a streak of 22 consecutive victories between September and December that year to add to the Copa del Rey and UEFA Super Cup.

But Ancelotti’s reign was ended six months later when Real were beaten by a treble-winning Barcelona in La Liga and eliminated by city rivals Atletico Madrid in the Spanish Cup.

Real also failed to reach last season’s Champions League final in Berlin after losing to Juventus in the semi-finals.

But Ancelotti, who former Milan star Paolo Maldini once described as a “teddy bear” who never loses his temper, will inherit a star-studded Bayern squad despite the fading powers of the likes of injury-prone forwards Arjen Robben and Franck Ribery.

The addition of wingers Douglas Costa and Kingsley Coman this season has covered that weakness, while forwards Robert Lewandowski and Thomas Mueller have already claimed 29 goals in the Bundesliga alone.

Bayern’s domination in Germany’s top flight offers Ancelotti the chance to boost his numbers when it comes to national league titles.

Bayern have won the Bundesliga at a canter for each of the last three seasons, something which the Italian admitted he found boring only last October.

“I must confess that I cannot enjoy watching Bayern’s games,” said Ancelotti.

“There’s just not enough competition for them.”

But Bayern’s squad and their fans will head into 2016 reassured the club will have another big-name coach at the helm.

“When I learnt that they (Bayern) were interested in me, any other team was out of the question,” wrote Ancelotti on Twitter. – Agence France-Presse