Home News FC Seoul to turn up the heat at home 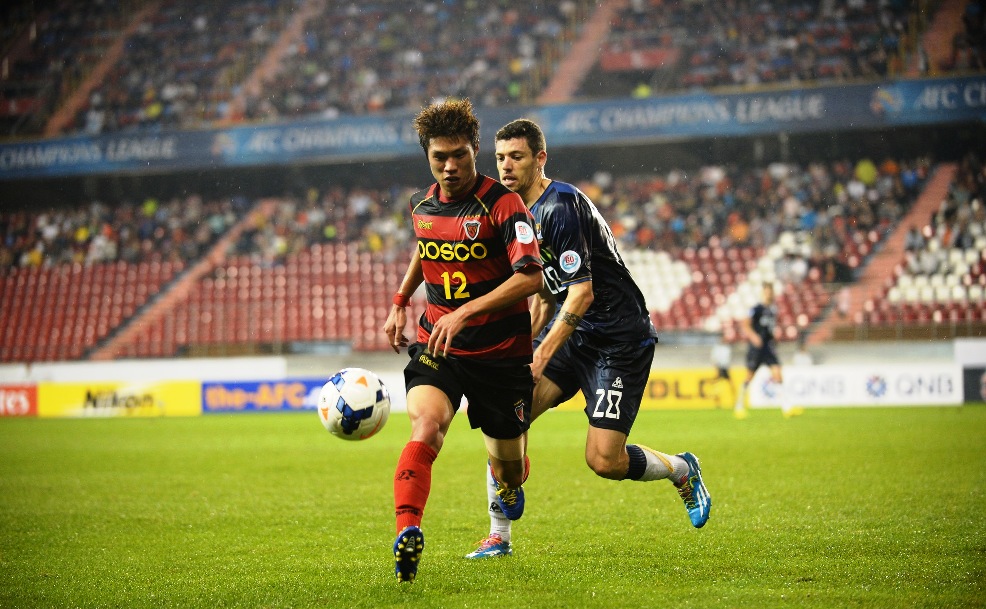 Coach Choi Yong-soo has declared that his FC Seoul side will go on the offensive as last year’s AFC Champions League finalists seek to make back-to-back appearances in the last four by defeating fellow K-League Classic team Pohang Steelers in Wednesday’s quarter-final second leg in Seoul.

The two Korean clubs shared a goalless draw in Pohang last week in a match that saw the goalkeepers and defences to the fore in rain-slicked conditions at The Steelyard. Although Pohang forward Kim Seung-dae did have the ball in the net on 15 minutes, the strike was ruled out for an infringement in the penalty area.

And while the draw maintains Pohang’s undefeated record in the competition thus far, Choi believes that his team will move up several gears when the action kicks-off at Seoul World Cup Stadium.

“We will attack harder in the match in Seoul, as it is our home game,” said FC Seoul coach Choi, who tasted defeat in the final of last year’s tournament at the hands of Guangzhou Evergrande by away goals in a 2-2 scoreline.

“Pohang pushed us back very hard in the first game, especially in the second half, so we could not press forward as much in the first leg.

“FC Seoul has a good home record and we are very focused and confident that we can win the game in our stadium.”

Three-time Asian champions Pohang are appearing in the quarter-finals for the first time since 2010 and it was a year further back when they last made the final four. In that campaign, though, the team would go all the way and claim the 2009 AFC Champions League title with a 2-1 victory over Saudi giants Al Ittihad.

And for Pohang coach Hwang Sun-hong, there is only one goal above all others this year for the K-League champions: win the 2014 AFC Champions League.

“My best memory as a player with Pohang was winning the Asian Club Championship in 1997 and 1998, so we will try to become champion of Asia again to take our game to the highest level,” said the former Korea Republic international.

“To do so, we will need to get past FC Seoul first and as we’ve never lost away yet this competition I am very confident that we can win the next game.”

Also on Wednesday, Australia’s Western Sydney Wanderers travel to China to face defending champions Guangzhou Evergrande with a 1-0 lead from the first leg after a stunning result at Parramatta Stadium last week.

Australia forward Tomi Juric scored the only goal in the second half as an action-packed and incident-filled tie also saw Guangzhou’s Zhang Linpeng and Gao Lin sent off late on ahead of the second leg in southern China.

As well as missing out on defender Zhang and forward Gao in the return meeting with the A-League side at Tianhe Stadium on Wednesday, Marcello Lippi’s side will also be without centre-back Kim Young-gwon after the Korea Republic international picked up his second yellow card of the knockout stage.

However, Guangzhou will at least welcome back 2013 AFC Player of the Year Zheng Zhi who returns from suspension.

Meanwhile, the West Zone quarter-finals will conclude on Tuesday as Qatar’s Al Sadd seek to overturn a 1-0 deficit against Saudi giants Al Hilal in Doha, while inaugural winners Al Ain travel to Al Ittihad with a two goal advantage following their first meeting in UAE.