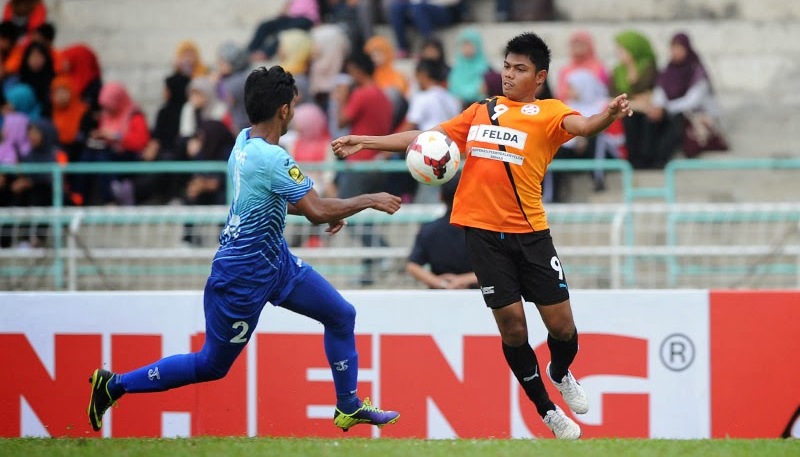 FELDA UNITED, chasing a quick return to Super League after being relegated to the Premier League this season, have put aside their league campaign aside for the time being as they chase FA Cup glory.

And caoch Irfan Bakti hopes his team, known as The Settlers, can take advantage of a beleaguered Kelantan, the defending champions, to nail a morale boosting win over the Red Warriors in the first-leg semi-final at the Sultan Mohd IV Stadium in Kota Baru on Tuesday.

The East Coast giants, treble winners in 2012 – when they won the League Cup, FA Cup and the Malaysia Cup – saw them replace coach Steve Darby with former Dutch international George Boateng last month – thinking that the Englishman was not the right man for the job.

But Boateng will have his hands full in reshaping the Warriors in his first managerial job. Success does not come overnight. The massive exodus of experienced players last year and this season has crippled Kelantan who have struggled to get their act together on the field.

It has also shown that replacing Darby as the coach is not the answer to Kelantan’s woes on the field. This was seen when Kelantan suffered a 4-0 defeat to Hong Kong’s South China FC in a AFC Cup match in Group G after the Englishman was removed.

As a player Boateng, has wide experience, having played in major leagues in Europe, but it is left to be seen if he can turn the tide in his favour and win over Kelantan’s very demanding fans with a winning start.

“We respect Kelantan. Despite the changes they are still are team to be reckoned with. As a player Boateng comes with strong credentials…more so he has played in the M-League with T-Team,” Irfan told Sports247.my

“He has a wide knowledge of all the teams in the M-League. But it stops at that for us. We have come this far in the FA Cup and we will be out to take advantage of the situation in Kelantan. Our main target is a a top two finish in the Premier League to gain promotion (to the Super League).

“However, at this stage we have put our league campaign on hold and focus on the FA Cup. We have a realistic chance of making the final. We are gunning for a positive result in Kota Baru.”

For the match Felda United will be without their influential skipper Shukor Adan due to suspension. Former international Indra Putra Mahayuddin will lead the team and the Perak-born Indra is no new comer to the “hot” atmosphere inside the Sultan Mohd IV Stadium, having played for Kelantan from 2009 to 2010 and from 2012-2013.

In the Premier League, Felda have sneaked into second spot behind leaders Police after a poor start to the season. After 14 matches Police are on top with 38 points followed by Felda on 31 and Penang third on 29.