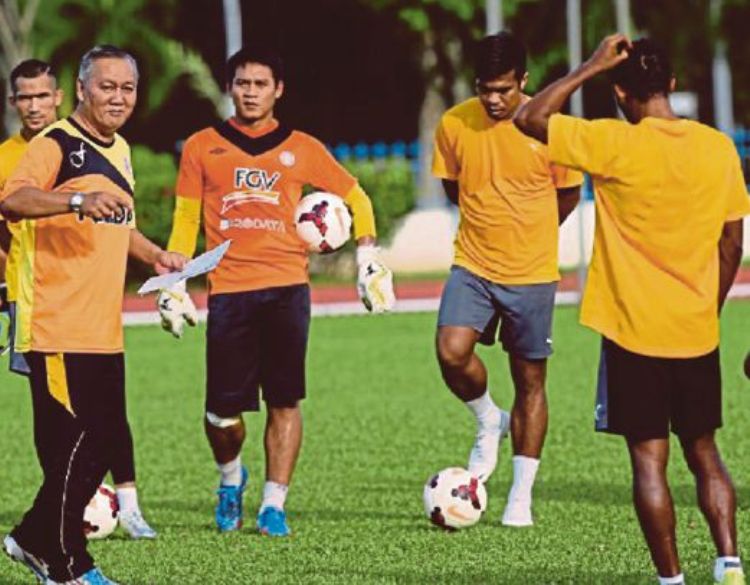 It does not matter that last year’s beaten semi-finalists Felda United are drawn in Group C – dubbed the Group of Death – in this year’s Malaysia Cup competition and have 32-time champions Selangor, 2013 treble champions Kelantan and unpredictable T-Team for company. Felda head coach Irfan Bakti has boldly predicted that there is “nothing to fear” playing the big names in the group for a top two finish and advance to the quarter-finals.

“If last year we made the semi-finals we are looking beyond that this time,” said Irfan whose team began their Malaysia Cup training four days ago.
The plantation giant were narrowly edged out 6-5 on aggregate for a place in the final by star-studded Johor Darul Takzim (JDT). Felda open their Malaysia Cup campaign on Sept 12 with a home match against Terengganu outfit T-Team at the Selayang Stadium.

“It does not matter we have Selangor and Kelantan in the same group. We have played them in the league and we know what to expect. I am confident we will get the better of them in the Malaysia Cup.

“Selangor has a high reputation in the Malaysia Cup but it stops at that. In short we do not fear playing any of the big names in the country. And we have proven that in the league,” said Irfan.

Irfan who sent striker Thiago Augusto back to Brazil to seek treatment for muscle injury in his right leg after the league match against Pahang in Kuantan which ended in a 2-2 draw with Augusto scoring both the goals.

Augusto did not play in Felda’s last league match which was against JDT at the Selayang Stadium on Aug 22. Even without him Felda beat JDT 2-1 but the Southern Tigers went on to retain the Super League title after challengers Pahang fell to a shock 3-1 defeat to Terengganu in Kuala Terengganu.

JDT retained the title with 46 points while Pahang finished second on 44 and Selangor third with 39. Augusto returned to Malaysia on Merdeka Day after a 28-hour flight from Brazil. Irfan, however, will not throw Augusto into his training just yet.

“Augusto will train on his own for a few days before he joins the team’s training. Let him recover from his long flight,” said Irfan.

“We did not finish in the top four in the (Super) League but we are fully geared for the Malaysia Cup. The quarter-finals is within our reach.

“But we are looking beyond the semi-finals and the players are in the right frame of mind to face the Malaysia Cup challenge.”

In the same breath Irfan said the “morale boosting win over JDT” is a motivating factor for Felda to do well in the much sought after Malaysia Cup – the most prestigious football silverware in the country.