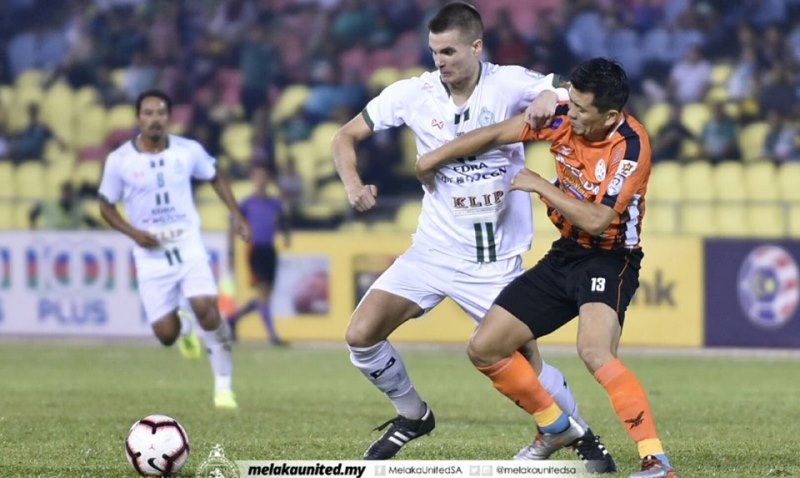 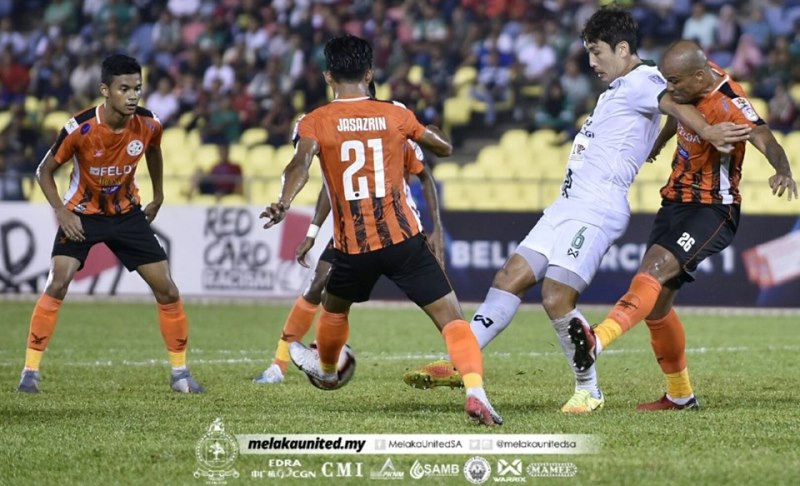 They are known as The Fighters who never give up and once again Felda United have thrown themselves a lifeline – this time in the Malaysia Cup competition against all odds with a stunning 3-1 win over Melaka United at the Hang Jebat Stadium.
It is their first win in four matches and now Felda is back in the running in Group D – determined to fight for survival in the country’s oldest and prestigious football tournament. For the record, Felda hammered Kedah 5-1 in their last Super League match to avoid relegation to the second-tier Premier League.
Melaka remain on top of Group D with six points but separated by goal difference.- The goal tally for Melaka is 7-6 while for 33-time champions Selangor the figures stand at 6-5. Police are in the third spot with four points – ahead of Felda with the goal statistics reading 8-9 and 9-10 respectively.
Melaka went into the match as favorites, having beaten Felda by the same scoreline in Jengka last week. When Serbian import Luka Milunovic gave Melaka a roaring start at Hang Jebat with the opening goal on Saturday it turned out to be false hope.
Skipper Hadin Azman led Felda’s fightback with a brace. His first was just before the halftime break and completed his brace via a penalty on 73 minutes. In between Daniel Amier Norhisham got Felda’s second of the night.
At the Darul Makmur Stadium in Kuantan, Pahang edged Sabah 1-0 through a Dickson Nwakaeme goal in the 58th minute for their fourth win in as many matches to lead Group C.
However, defending champions Perak struggled toa 1-1 draw against Penang at the City Stadium. The stalemate left Perak and Penang tied on five points each after four matches with the champions in the second spot on goal difference. – BY RIZAL ABDULLAH