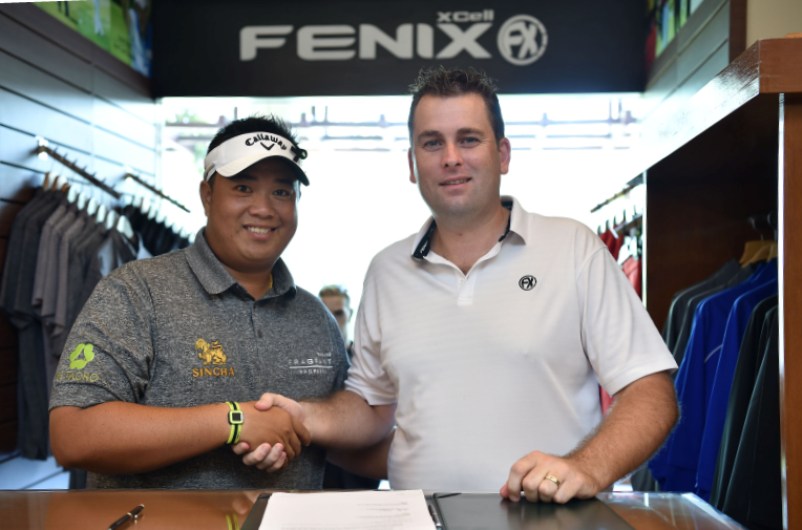 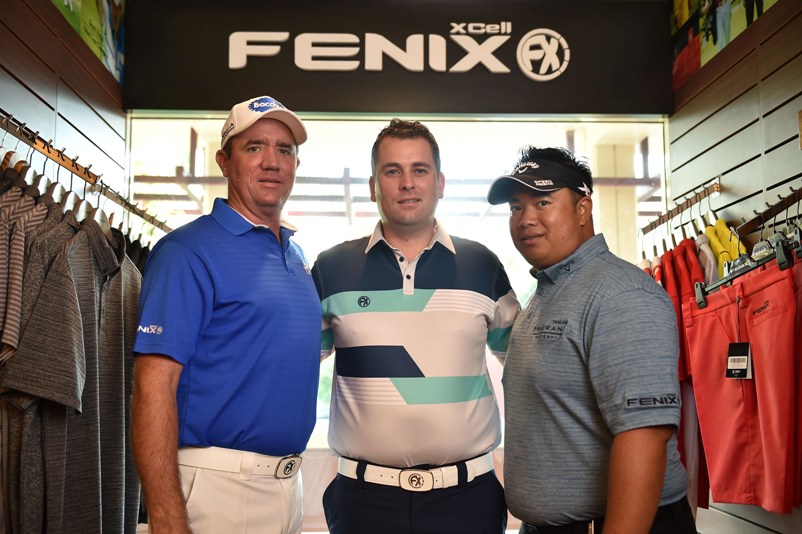 As part of the agreement, Kiradech will assist in the design of his own exclusive collection featuring his own “mini-Kiradech” cartoon character; an exciting addition to the golf apparel industry in Thailand, as well as worldwide.

Michael Moir, Managing Director of Fenix XCell stated, “Fenix XCell is in fact a Scottish brand but it began here in Thailand which has been my home for the last 11 years. We believe strongly in the ability and the potential of Thai golfers and we’ve always welcomed them as our brand ambassadors.

“Fenix XCell have been in talks with Kiradech about this partnership for quite some time, so for it to finally be announced is very exciting for us. Initially, our endorsement contract term will be 2 years but we are of course hopeful of forging a long term partnership. We feel Kiradech not only has unlimited potential with his game, but he can be a huge influence in driving some of our new collections which he will wear in his tournaments around the world.

“We also have plans for a fun cartoon collection which Kiradech will design specifically for his fans, expected to come to completion in 2-3 months. We are thrilled to have him join our team and we look forward to working with him, not only to help develop and market our future products, but more importantly to support and assist him in achieving his own goals in the game.”

Kiradech also talked about becoming a Brand Ambassador for the Fenix XCell team.

“I have to thank Fenix XCell for letting me be a part of its team and for believing that I can help bring growth to the company. I am also very proud to be a part of a foreign brand that started here in Thailand. I have worn golf clothes from various brands and I must admit that the quality that Fenix Xcell provides with its products is right there at the top. Outstanding improvement can be easily seen in the past 4-5 years. There are a variety of interesting designs and a great selections of materials, alongside a very professional PR team. Another great opportunity is for me to also take part in the next Fenix XCell collection. Some will have my Kiradech cartoon logo on them. I am very excited and can’t wait to see the fans’ reactions once they see them”, Kiradech said.

Kiradech will be joining fellow European Tour winners Scott Hend and Sam Brazel as brand ambassadors for Fenix XCell. Australian Hend surpassed $1 million in earnings on his way to clinching the Asian Tour Order of Merit in 2016, notching up his 8th tour win in the process.

He also achieved a career high position of 27th in the 2016 Race to Dubai. 38-year-old Brazel magnificently held off a strong field at the UBS Hong Kong Open this past December to clinch his maiden European Tour title.