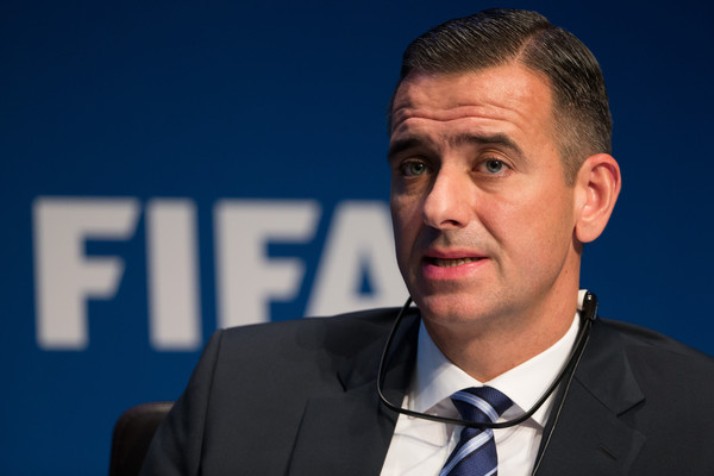 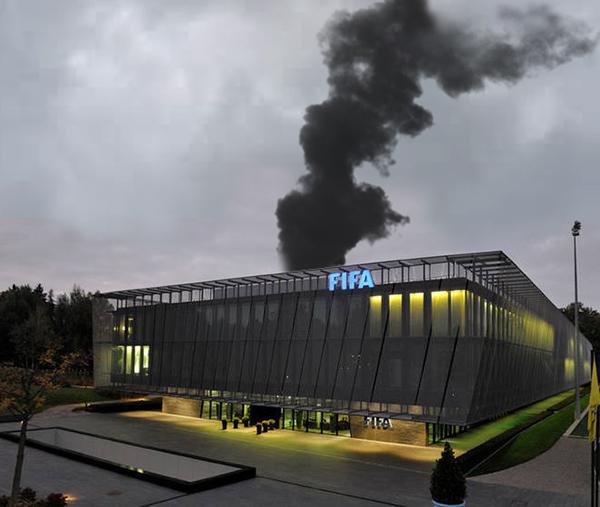 FIFA on Monday sacked deputy general secretary Markus Kattner for financial ‘breaches’ involving secret bonuses worth millions of dollars, according to sources close to an inquiry by the world body.

“Kattner has been dismissed from his position effective immediately,” the world body said in a statement.

“FIFA’s internal investigation uncovered breaches of his fiduciary responsibilities in connection with his employment contract,” it added.

“There was enough to determine there was a breach of his responsibilities and to take action against Mr Kattner,” a source close to an internal FIFA investigation told AFP.

“We are talking about significant sums of money, millions of dollars,” the source added.

The source said the money came from bonuses under a contract whose terms were kept secret from FIFA’s audit committees.

The internal FIFA inquiry, carried out by the Quinn Emanuel law firm, “covers the period from 2008 to 2014,” the source said.

“There was sufficient evidence to demonstrate shortcomings in his fiduciary responsibilities and to take action,” the same source revealed, adding that “only a small group of people knew about these payments”.

According to another source familiar with the workings of FIFA, these bonuses would have been approved by the world body’s financial committee, who decided how much the president, general secretary and deputy general secretary were paid.

The president of this committee was former FIFA finance chief Julio Grondona, an Argentine and close ally of Blatter. Grondona died aged 82 in 2014 and has been largely implicated in the scandal which has embroiled FIFA over the past year.

“FIFA will not comment further on any of the details, but will continue its cooperation with the relevant authorities,” said the FIFA statement.

The Swiss justice ministry, meanwhile, told AFP that “as of today, Mr M Kattner is not under investigation” by prosecutors.

Swiss prosecutors are already investigating Blatter, who is serving a six year ban imposed by FIFA, and Valcke.

Valcke was sacked and suspended from football activities for 12 years after being linked to the sale of black market World Cup tickets. Swiss police are following up FIFA’s investigation against Valcke.

Kattner had said several times, after taking over as acting general secretary from Valcke, that FIFA wanted to be “recognised as a modern, trusted professional organisation” by 2018.

Blatter is under investigation for making a “disloyal” payment of $2 million to ex-UEFA leader Michel Platini, who has also been banned from football activities.

Kattner, as finance director, signed off on that payment that Blatter ordered made to Platini in 2011 that led to their downfall.

The latest sacking is a new blow to FIFA’s reputation as it seeks to redeem its scandal-tainted name under new president Gianni Infantino who was elected in February.

Infantino only this month named Senegalese Fatma Samoura as its new general secretary. Samoura is the body’s first woman secretary general and FIFA also wanted her United Nations background to give a sign of football’s new direction.

Infantino has repeatedly said he wants to bring a new era of “transparency”, “honesty” and “professionalism.” But Kattner’s dismissal is a new sign that FIFA’s past misdeeds have still not all been brought out into the open.

Swiss prosecutors are investigating the awarding of the 2018 and 2022 World Cups to Russia and Qatar.

Court hearings in the United States after the detention of a host of top football officials from South and North America are set to bring new embarrassment.

Acting under US warrants, Swiss police detained seven FIFA officials in a dawn raid on a Zurich hotel on May 27 last year.

US authorities have charged 39 individuals and two companies over more than $200 million in bribes paid for television and marketing deals. – Agence France-Presse