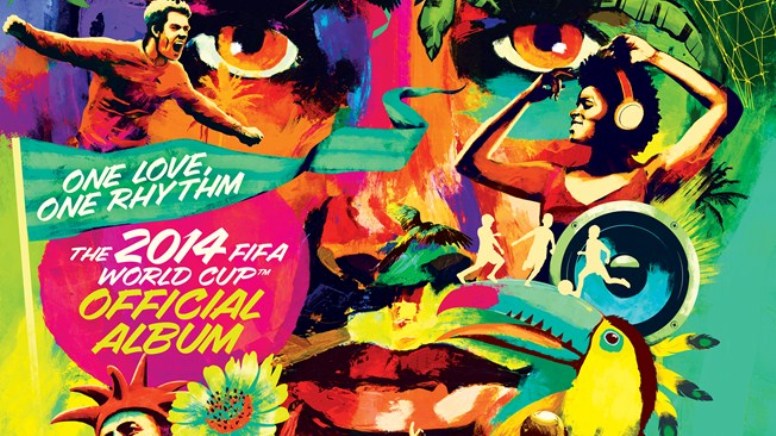 FIFA and Sony Music Entertainment are excited to reveal the tracklist for one of the most eagerly-anticipated albums of this year: “One Love, One Rhythm: The Official 2014 FIFA World Cup™ Album”. Music and football fans all over the world now also have the chance to download “We Are One (Ole Ola)”, the Official Song of the 2014 FIFA World Cup, which was released.

Following the announcement earlier this year of the artists who will sing the Official Song and Official Anthem, the Official Album features several world-renowned musical superstars who will add their distinctive sounds to the rhythm of football’s flagship event. Shakira, who sang the Official Song of the 2010 FIFA World Cup and Ricky Martin, who has recorded the winning track from this year’s Supersong contest, are joined by Carlinhos Brown, Bebel Gilberto and several other leading names from the Brazilian music scene. The Official Album will go on sale on May 12, with pre-order available as of today.

Thierry Weil, FIFA Marketing Director, welcomed the news, saying; “We are very excited about the release of One Love, One Rhythm: The Official FIFA World Cup Album. The partnership with Sony Music Entertainment has allowed us to add some of the world’s biggest musical superstars to the FIFA World Cup line-up. I’m sure that music and football fans all over the world will enjoy this great combination of top international stars and fantastic Brazilian artists and that this album will add great rhythm to the footballing action in Brazil.”

Today also marks the release of the Official Song of the 2014 FIFA World Cup – “We Are One (Ole Ola)”, written and co-produced by Pitbull and featuring Jennifer Lopez and Brazilian star Claudia Leitte.

The tracklist for “One Love, One Rhythm: The Official 2014 FIFA World Cup Album” is as follows. Both standard and deluxe editions of the album will be available:

5. David Correy – The World Is Ours