Home International Fifie determined to sign off 2014 in style 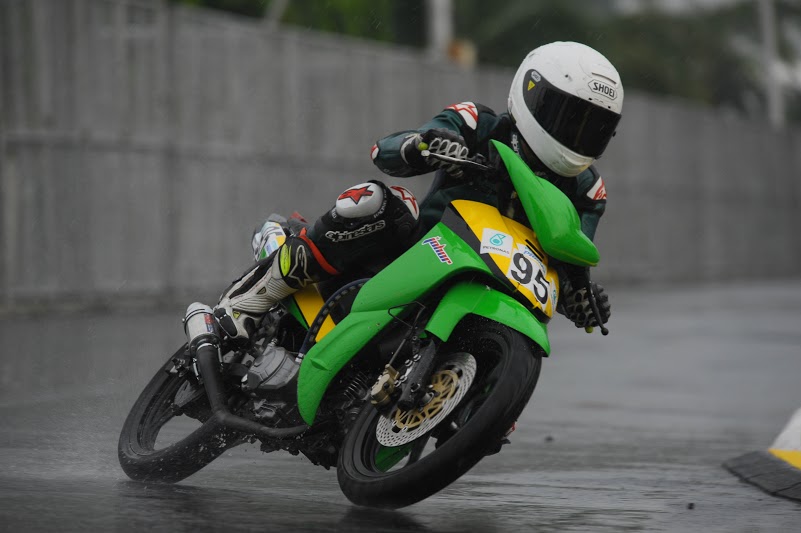 Siti Norafizah Muhamad or better known as Fifie may have fallen out of contention for the Pro-Am Cup title but she is determined to sign off the season in style with another win in the 2014 PETRONAS AAM Malaysian Cub Prix Championship season finale in Alor Setar, Kedah this weekend.

The 19-year old is currently ranked fourth overall in the Pro-Am Cup with 111 points, 32 points adrift Mohd Imran Zulkafli who leads the standings with 143 points.

Even so, Fifie is still entangled in a three-way battle for runner-up positions with Mohd Hafiz Amiruddin and Azlan Shah Saidun Hardi and having recently etched her name in the history books as the first-ever female to win an overall title in the 13-year history of the Malaysian Super Series (MSS) at the Sepang International Circuit (SIC), Fifie who hails from Johor is hungry for the chequered flag.

“I left Jempol (Round 9) with a sour taste in my mouth because coming in fifth was not a just reward for all my efforts,” said Fifie.

She added, “But on the flip side, the pressure of chasing after the title is lifted off my shoulders. Now I am solely focus in trying to beat Hafiz and Azlan Shah for second or third overall and I want to do it with style by winning the race in Alor Setar.”

Fifie went on elaborate how 2014 is her best season to date since she joined the Cub Prix Championship in 2011.

“2014 has been amazing. Although I fell out of contention for the title in the penultimate round, I managed to secure two wins and a third place finish which is a huge improvement to my racing career since I first set foot in the Cub Prix championship. Even the team is making a lot of positive progress by being able to prepare a competitive setup in every race.”

“More importantly, I am more consistent and I am no longer afraid of my male peers. I believe if we keep this trend up, next year we can return as a stronger title contender,” she said.