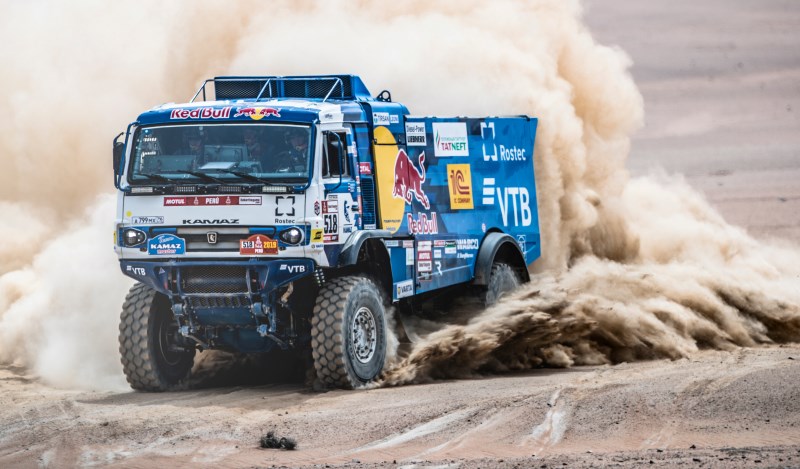 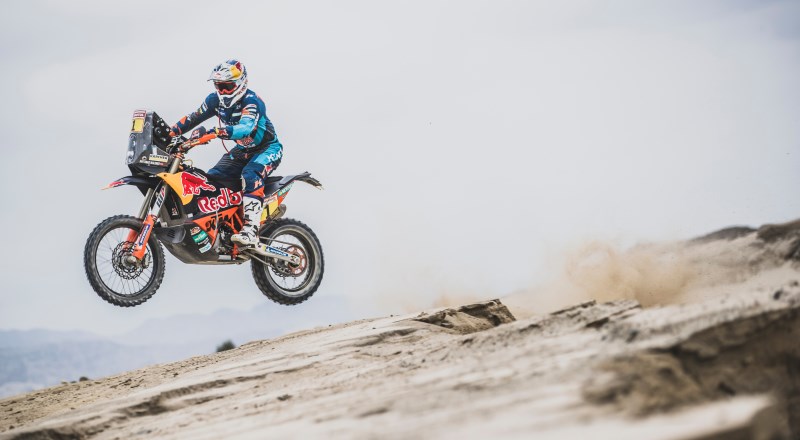 The 2019 Dakar Rally is five stages in and already providing motorsport fans with a host of thrilling rally raid moments from the punishing Peruvian terrain. Here are the five key moments so far:

1) After a routine Stage One by Dakar standards, 13-time winner Stéphane Peterhansel suffered a big blow on Stage Two as his car got stuck and he had to rely on X-Raid Mini JCW teammate Cyril Despres to tow him out. It left the Frenchman 13 minutes and 55 seconds behind leader Giniel de Villiers (Toyota Gazoo Racing SA).

2) Stage Two also saw a great duel between reigning bike king Matthias Walkner of Austria and American Ricky Brabec. The Monster Energy Honda Team 2019 rider was the fastest to the first 50km mark with Red Bull KTM Factory Team’s Walkner cutting the gap to just one second after 100km. Brabec pulled clear again, only for Walkner to roar back to win the day by 22 seconds.

3) Stage Three’s gruelling weather caused chaos in the car category with reigning champion Carlos Sainz’s navigational error seeing his X-Raid Mini JCW Team car plunge into a dune hole that resulted in bad suspension damage only 38km into the stage. The Spaniard lost more than four hours by the finish to the leaders, which all but ended his chances of a Dakar title hat-trick.

4) The truck category saw a big shift after a fascinating Stage Four over 511km that saw Andrey Karginov claim a second consecutive stage win by just one minute 29 seconds from the Czech Republic’s Martin Macik. The Russian was just that little bit too cute for the Big Shock Racing driver over the dunes with 2014 champion Karginov cutting Kamaz-Master teammate Eduard Nikolaev’s overall lead to just four minutes 58 seconds.

5) Loeb showed exactly why the rest of the car field should fear him as he roared back in sensational fashion to win Stage Five by 10 minutes 22 seconds from overall leader Nasser Al-Attiyah (Toyota Gazoo Racing SA). The PH Sport driver, who has yet to win the highly coveted Dakar rally-raid title, hailed the day as “perfect” as he cut the overall gap to the Qatari down to 40 minutes.