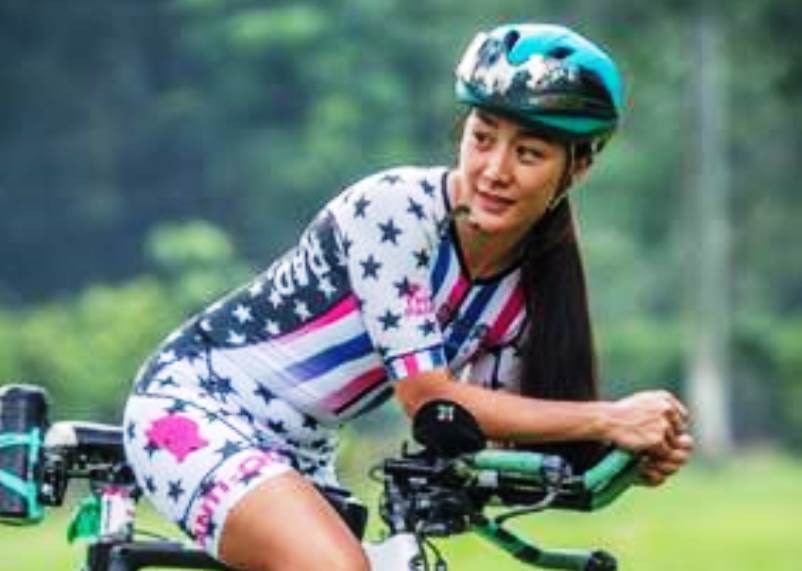 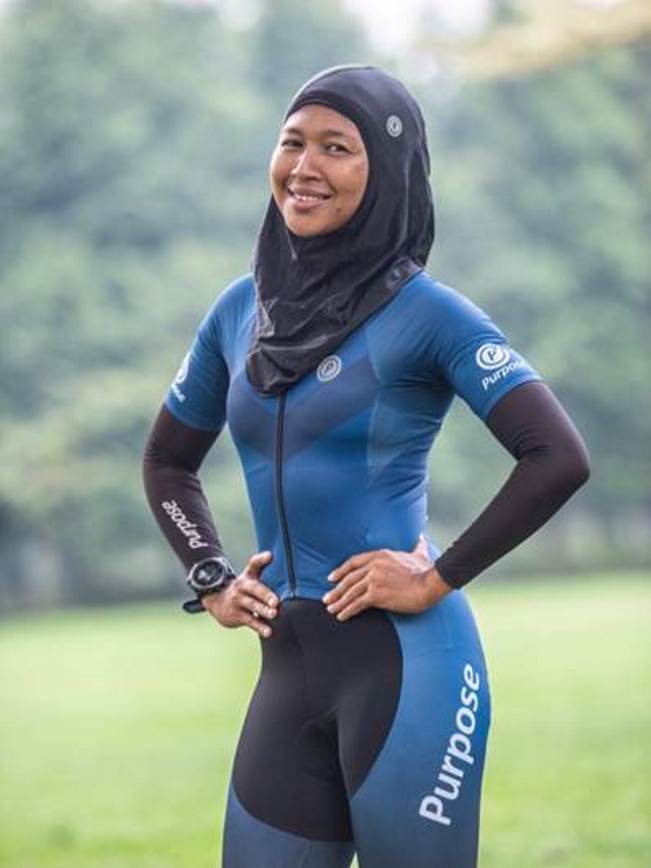 Women For Tri has become one of the most successful and profound programme of the IRONMAN Foundation, since taking off in 2015. Aimed to increase female participation at all levels of triathlon, the initiative engages female athletes across all race distances and every athlete ability.

The initiative has become nothing short of amazing, as Women For Tri can be proud of an 18% growth in female participation at the IRONMAN and IRONMAN 70.3 events, which now totals to more than 71,000 female triathletes globally.

“IRONMAN has been championing Women For Tri for many years. We believe that it is an inclusive sport, rather than it being male dominant. Having more women in the sport would truly represent the meaning of ‘Ohana, IRONMAN’s theme this year, and bring the family together,” said CG Lim, Regional Director, Malaysia, IRONMAN Asia.

CG’s biggest mission this year was to show greater support for female athletes through the combined efforts of Women For Tri and the ‘Ohana theme.

His endeavours did not disappoint, and has certainly come to fruition as the 2019 IRONMAN 70.3 Langkawi received an additional 25 slots for the 2020 IRONMAN 70.3 World Championship in Taupo, as part of Women for Tri.

These slots would however, not mean anything without the real-life tales of many Malaysian women whose sacrifice, diligence and sheer determination has helped raise the profile of women in IRONMAN.

Nursya Jusoh will be an unmistakable figure at this year’s race, sporting a full length trisuit, completed with a sports hijab, thanks to her sponsor PURPOSE.

The seasoned IRONMAN campaigner is and has been an inspiration to many Muslim women as she competes in IRONMAN dressed religious attire. But above it all, Nursya remains a true inspiration to her family.

“I have three kids, and my second son has completed the kids triathlon twice, because of me!” says the 42-year-old housewife with a laugh.

“My husband also did IRONMAN last year because of me. He is my number one fan!”

Nursya, who will be competing in her fourth consecutive IRONMAN, has come full circle since witnessing her first IRONMAN as a spectator in 2014.

“I was so inspired by the spirit of the participants and went back with a desire to do this. I enrolled in swimming lessons, and my husband bought me a bike shortly after. I did my first triathlon in 2015 and signed up for my first IRONMAN in 2016.

“That year itself I signed up for my full IRONMAN in Langkawi, and I be returning there for a fourth time.”

Bonding with women through triathlon

For Patricia Lim, completing the 2019 IRONMAN 70.3 Langkawi relay team event with her girlfriends Diana Hazari and Harum Delima would be to achieve their ultimate friendship goals.

“We have all done the full IRONMAN in Langkawi before and we are familiar with the routes, so this time we just want to go out there and have fun. I want all of us to finish the event with a big smile,” says the bubbly café owner who will be toeing the swim start for the first leg of their relay.

Patricia is grateful that she met both Diana and Harum through this small, yet closely knitted community of female triathletes.

“We met over four years ago, and we have bonded really well ever since. We do not train together because we do different events, but even having a meal together brings us closer.”

“I did my first relay in Port Dickson in 2015 and was inspired by many of the women out there. I now look at the older generation and draw my inspiration from them. Some of them are in their 60s, but they can complete a full IRONMAN in 12 hours. Amazing.”

Striving even harder after accident

Diana Hazari could have allowed a bike accident that happened during her IRONMAN training to deter her from ever touching a bicycle again, let alone competing in another race. Instead, she used that setback as an added motivation to achieve her goal.

“I was training for my first IRONMAN in 2016 but had unfortunately suffered a bike accident during training just weeks before race day. I still participated in the event, but with stitches and a blurry eyesight. I could not perform and did not finish the race,” recalled the housewife.

“I was heartbroken but became more determined to complete a race, so I signed up the following year looking for ‘revenge’. I worked extra hard and was more careful during training. It paid off and I finished my first race in 2017 and become an IRONMAN.”

“It was one of the best moments of my life.”

This year, Diana will compete in the 2019 IRONMAN 70.3 Langkawi relay category, doing the bike lap with memories of 2016 spurring her on to power her team.

Doctor misdiagnosis turns out a revelation

For Patricia and Diana’s teammate, Harum Delima, every IRONMAN race was an amazing lesson in self-discovery, which saw her overcoming obesity.

On her journey to leading a healthier lifestyle and losing weight, she fell in love with running. However, the real estate agent was heartbroken after a misdiagnosis by a doctor on her knee condition. That paved her way into the IRONMAN world.

“I went home with renewed spirits and told my husband I was going to join a triathlon. He wasn’t interested, but the fire in me was so intense, I knew I was going to do it with or without him. He saw my passion and learnt to swim with me. After swimming 1000m non-stop, we were motivated and shopped for a bike.”

Harum’s IRONMAN adventure has taken her to Estonia, Italy and Norway, but she always remembers her IRONMAN Malaysia experience.

“I DNF (Did Not Finish) and told myself I wasn’t going to do another one. But if I had stopped, I would not have achieved all this. Don’t succumb to pressure, move at your own pace.”

Harum will be taking on the last leg of the relay for 2019 IRONMAN 70.3 Langkawi which consists of the 21.1km run.

Inspiration from the female Peninsular peddler

For Amelia Shelton, the demanding work as a dentist was draining both physically and mentally, leaving her little room for any outdoor activity.

“I was posted to Langkawi as a junior dental officer in 2014, and it was hard being motivated because of my job. Plus, most of my friends would rather chill at home or at the beach on their off days,’ said the Selangor-born.

But a local event in Langkawi in 2017 changed that, because that’s when she came to know a certain Sandra Loh, who accomplished a unique feat of cycling across the four corners of the Malaysian Peninsular with a friend in 2009.

Sandra, a speaker at that event, came over to encourage Amelia afterwards. “The first thing she said was to come cycle with her. She even offered to lend me her bike when I told her I didn’t have one. We cycled across some gorgeous views that weekend and that was the start.

“I saved up and bought my first road bike after and started taking part in any events that involved cycling, swimming or running. All because of Sandra’s motivation.”

Amelia will be competing in her first IRONMAN 70.3 event at Langkawi this year, inspired by her mentor, family, friends and the locals.

“The locals here (in Langkawi) even have songs about IRONMAN! It is one of the biggest events here. People would just stand by the roads and cheer the athletes on. I always thought it was pretty cool, and now I will get to be a part of it.”