Home 2020 FLASHBACK: Boban’s night of glory at the Merdeka Stadium 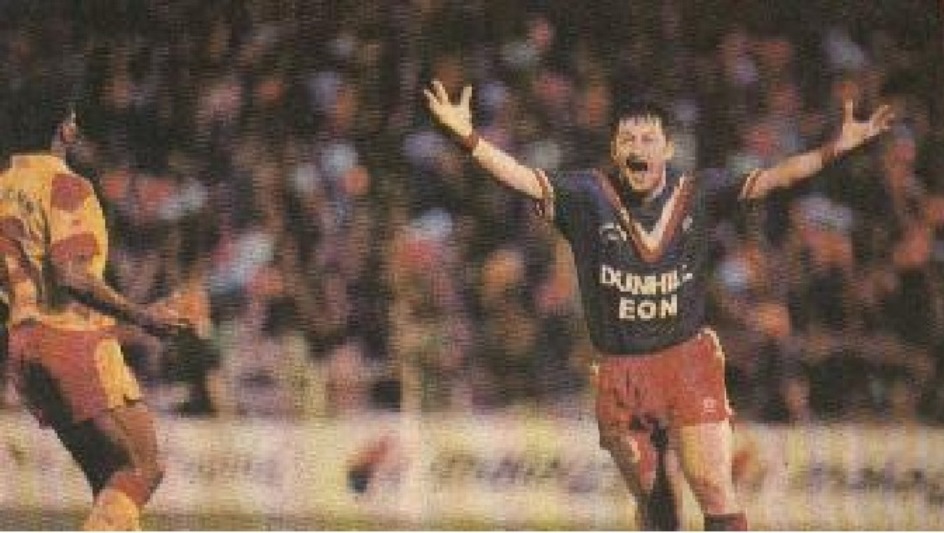 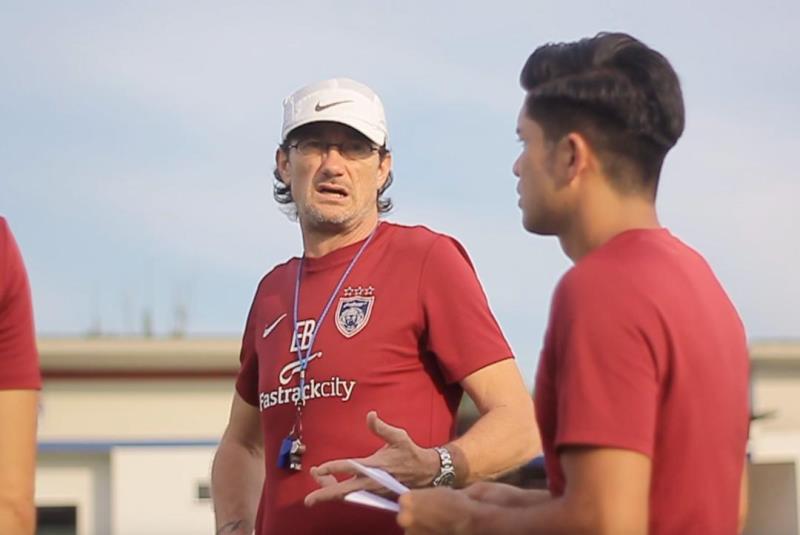 On a cold and chilly night at the Merdeka Stadium on Nov 2, 1991, lanky Croatian striker Ervin Boban struck a hat-trick to power Johor to an impressive 3-1 win over Selangor in the Malaysia Cup final to hand the Scorpions a grand double in the M-League.
Johor became the first team to clinch a double, having earlier won the League Cup since the game went semi-professional in 1989.
For Boban, he became the first foreign player to score a hat-trick in modern-day Malaysia Cup, and only the second time in the history of Johor football the team had won the prestigious Malaysia Cup – the oldest football tournament in Asia.
Interestingly, both, Johor and Selangor had Australian coaches to plot their match strategies. The flamboyant Michael Urukalo won the battle against Selangor’s Ken Worden – two of the greatest coaching ”rivals” in Malaysian football at that time.
However, the night certainly belonged to the man from Split, Croatia. He turned down an offer to play for an Austrian second division club to stay put in Johor to complete his unfinished business with Johor. This he did in style on that fateful night.
He was adored and he was loved by Johoreans from all walks of life in the state. Boban became a household name in the country. He and his wife Indira became the perfect football couple who were easily recognized wherever they went.
Boban opened the scoring for Johor as early as the 11th minute when he finished off a cross from teammate Alistair Edwards – one of the two Australian internationals in the Johor team. The other was Abbas Saad who had to sit out the final due to a two-match suspension.
It did not matter that Abbas was missing from the team. It did not matter that Lebanese-born Abbas did not feature in Urukalo’s match plans against favorites Selangor who had former Czechoslovakia’s 1982 World Cup goalkeeper Karel Stromsik in goal.
It also did not matter when Selangor tied the score at 1-1 in the 54th minute through Gani Ali. Boban turned out to be a nightmare for Stromsik as the Croatian struck twice again – in the 60th minute for Johor’s second on the night and his third on 84 minutes.
When Boban planted his freekick into the roof of the net for his third on that chilly night and Stromsik was left to pick up the ball from inside his net again, it was celebration time for the 10,000 over Johor fans who had made their way north.
THE TEAMS:
JOHOR: Hassan Miskam, Sazali Nasir, Nasaruddin Atan, Roslan Hamid, Sani Osman, Aidel Mohd Noor, Khalid Shahdan (Fadli Ahmad), ‘Prof’ Nasir Yusof, Salehan Mohd Som, (Annuar Abu Bakar), Alistair Edwards, Ervin Boban
SELANGOR: Karel Stromsik, A. Jayakanthan, K. Gunalan, Reman Ragunathan, Ismail Ibrahim, Gani Ali, P. Maniam (Razali Alias), Malek Rahman, Zainal Nordin (Adam Abdullah), Robert Dunn, Pavel Korejcik
Abbas was first to run down to the pitch at the final whistle – giving Urukalo a big hug. Boban was mobbed and so was Urukalo who made Johor football stand out in the M-League.
Boban was to become the mainstay of the Scorpions – scoring 83 goals during his seven seasons with the southern state from 1989 to 1995. After Johor, Boban was plying his football trade across the causeway where he played for Wellington Wanderers in the S-League and was a crowd puller too.
After obtaining his UEFA A license Boban spent several years in Split as head coach of various age-group teams before he was handpicked by Johor Darul Takzim club owner Brigadier-General Tunku Ismail Ibni Sultan Ibrahim, the Crown Prince of Johor.
Boban was named the head coach of the Under-21 team from 2015-2018 before moving up to be the head coach of JDT II – JDT’s feeder team that plays in the Premier League. He returned to Croatia early this year.

Boban was also inducted into the Hall of Fame in Johor. – BY RIZAL ABDULLAH