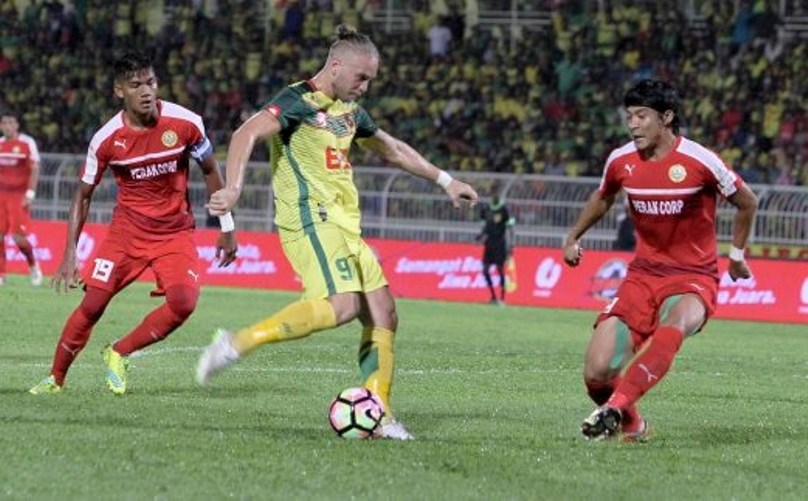 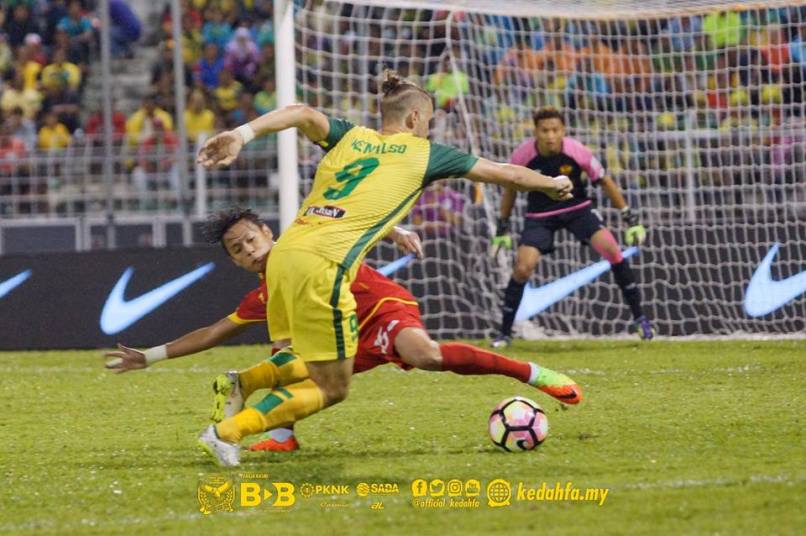 The 4-1 win in the league over Pahang is no yardstick to make Kedah the favourites in Saturday’s FA Cup final at the Shah Alam Stadium.
It is a totally different ball game for the silverware that comes with high stakes – a place in the AFC Cup for the winners.
It will be a big test for Kedah’s rookie “caretaker” coach Nidzam Adzha Yusoff who inherited a strong Kedah side from Tan Cheng Hoe who has quit the Red Eagles for a job with the national set-up as the assistant coach under new national chief coach Eduardo Vingada of Portugal.
Nidzam has a solid squad at his disposal to play his cards right for a positive result at the Shah Alam Stadium and taste his first major success. More importantly Kedah have solid foreigners who can win the title for the northern state.
Denmark’s Ken Ilso Larsen, signed from Singapore club Home United has not let the team down with 10 goals so far in all competitions. There is Brazilian midfielder Sandro da Silva Mendoca and Kosova playmaker Liridon Krasniqi.
The trio scored a a goal each in Kedah’s thumping 3-0 win over Premier League side Terengganu in the return-leg semifinal in Kuala Terengganu last week.
Another plus factor for Kedah is that the Red Eagles are “seasoned” finalists at the Shah Alam Stadium, having played at the venue for Saturday’s FA Cup final. The team played the 2015 and 2016 Malaysia Cup final against Selangor on both occasions.
The Shah Alam Stadium is second home to the Red Eagles – and they can count on their massive fans support in the stands to give them a “homely environment” for the big battle.
Even Pahang head coach Dollah Salleh was quick to hand the favourites tag to Kedah – a team that has been groomed over the last two years by Cheng Hoe. Nidzam is a lucky “rookie” to call the shots in a major final after only three matches.
The Kedah team suffered some initial hiccups when Cheng Hoe quit but the players have come together and found the rhythm again which brought them team a convincing win over Terengganu in the semi-finals.
In the same breath Dollah, a shrewd tactician, did not mince his words that the Elephants are ready for the big battle and the FA Cup is their target. Without doubt Dollah has ignited the fire in Pahang after the East Coast giants narrowly avoided relegation last year.
Much has been said about Pahang’s foreign imports, especially Brazilian Matheus Alves and Gambian Mohamadou Sumareh but Korean defender Heo Jae-won has been outstanding for Dollah’s team, both in defence and attack.
Playmaker Syamim Yahya has been the live-wire in the Pahang team – always in the thick of action with his high workrate. It must also be remembered that Pahang packed off defending champions Johor Darul Takzim in the quarter-finals.
Putting that aside Pahang’s new signing Yamil Romero of Argentine could be the ace in the pack in Dollah’s team for the final.
All in all a thriller is in store at Shah Alam.