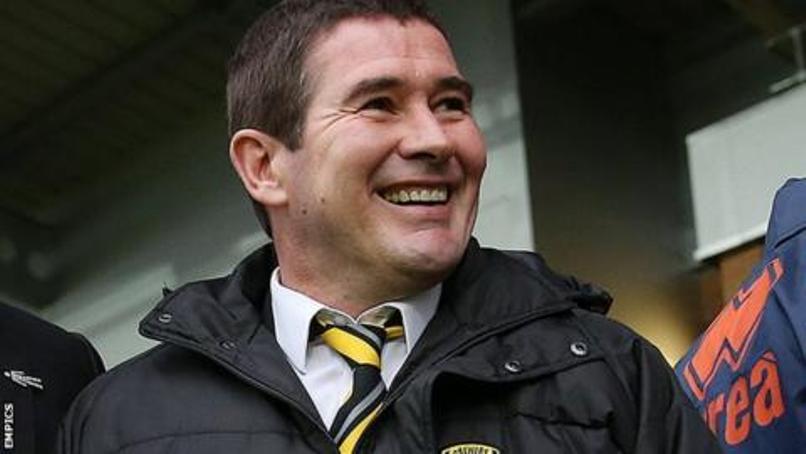 Nigel Clough is being targeted by ailing two-time European Cup winners Nottingham Forest to take over as manager and evoke memories of their glory days under his father Brian, British media reported Friday.

The 50-year-old former Forest striker — whose late father oversaw the team’s golden era, taking a side largely made up of cast-offs to the unlikely heights of two successive European Cup victories in 1979 and 1980 — is presently manager of their second tier rivals Burton whom he guided into the Championship last season for the first time in their history.

Clough, who played over 300 games for Forest, is said to be loathe to leave Burton as he enjoys close relations with the chairman Ben Robinson, who gave him his first start in management in 1998.

However, Forest’s Kuwaiti owner Fawaz Al-Hasawi is eager to improve morale both inside the club and with the fans after a £50million sale to an American consortium fell through.

He is seeking permission from Robinson to speak to Clough — Forest have been without a manager since Frenchman Philippe Montanier was sacked a fortnight ago.

Both Forest and Burton are in relegation trouble with the former just five points above the relegation places — their latest reverse a 2-0 defeat to Leeds on Wednesday — and the latter has dropped to third from bottom after a bright start.

Clough, who is in his second spell at Burton having also managed Forest’s bitter rivals Derby and then Sheffield United, commented on the links earlier in the week.

“It’s an easy link and a logical one from lots of points of view,” said Clough, who won 14 caps for England.

“All these sorts of allegiances you have and everything, yeah they’re strong, but in football people go to rivals all the time.

“It’s very difficult when you’ve spent 18 years — I’m just over 50 years old, so a third of my life — involved with a certain club.” – Agence France-Presse