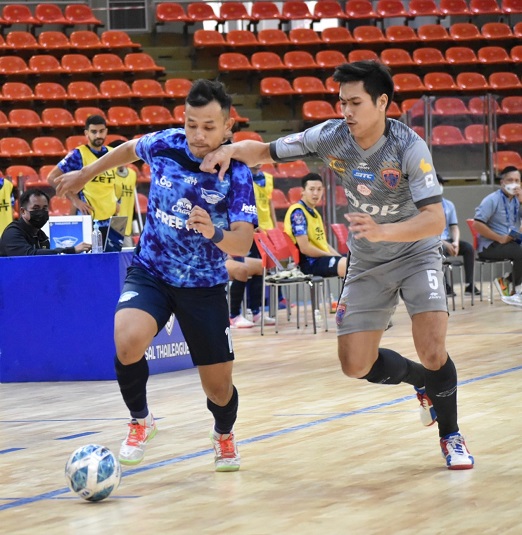 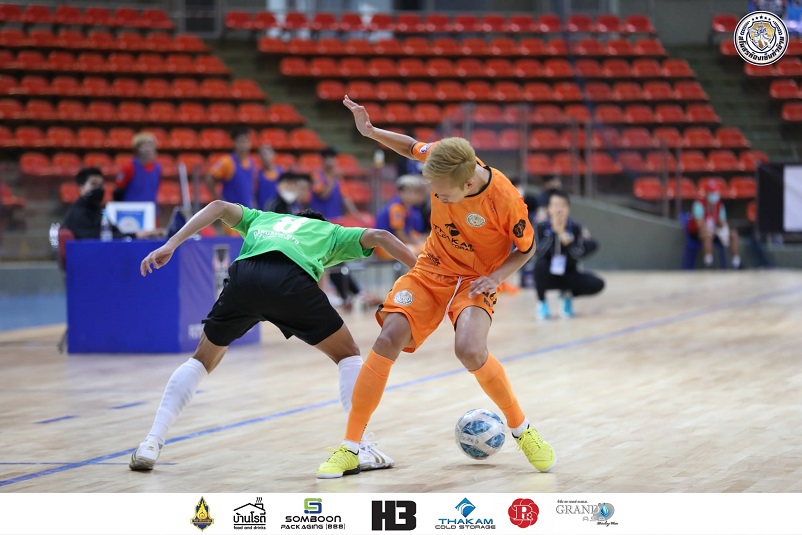 Freefire Bluewave Chonburi FC have opened up a five-point lead at the top of the 2021 Futsal Thai League in spite of their scoreless draw against Port FC on the weekend.

The one point has allowed Freefire to amass 49 points from 20 matches played – five points ahead of second-placed Hongyen Thakam.

The draw saw Port staying fourth at the table with 37 points from the same number of games.

In the meantime, Hongyen Thakam’s hope of closing the gap on the leaders fell short when they fell to a 4-3 loss to Bangkok BTS.

An own goal from Atsadawut Jangkot just five minutes in gave Bangkok BTS the lead before Wendel Mendes drew level for Hongyen just before the break.

BTS then piled on the pressure to score three goals off Arasa (23rd minute), Peeraphon Satsue (24th) and Panya Aranyaphoonrat (33th) for them to take a 4-1 advantage.

And while Hongyen fought back with two goals from Mendes in the 36th minute and Antunes (38th), it was not enough to prevent BTS from picking up the full points.