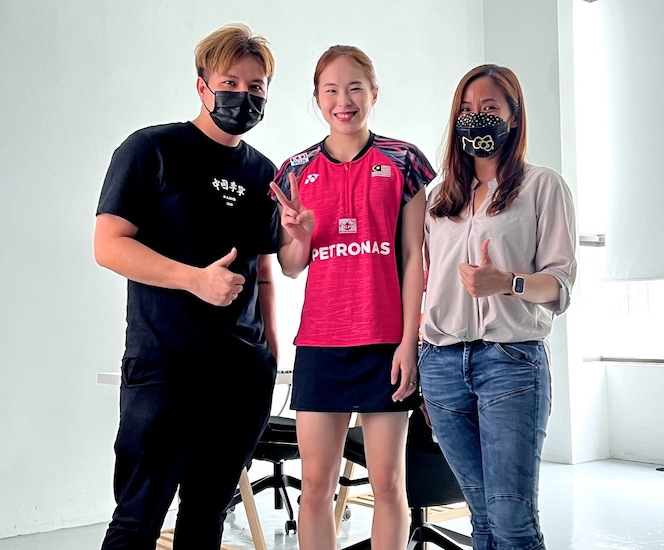 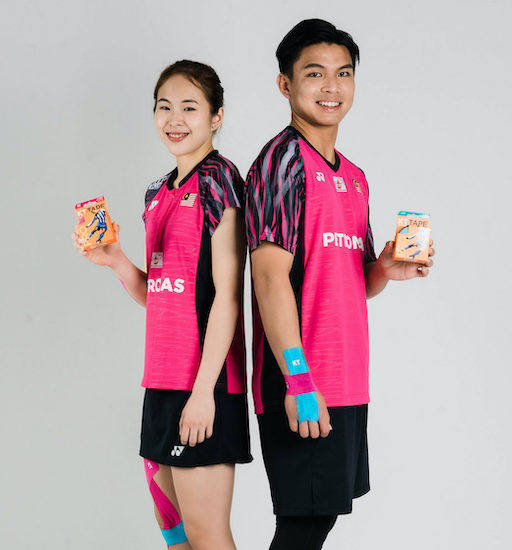 National women’s doubles star Pearly Tan’s successful campaign at the recent French Open despite having just recovered from a hamstring injury is also partly due to the effectiveness of the sports and fitness elastic tape KT Tape in the management and protection of sports injuries.

Pearly, who is the product ambassador of the Sunlight Sports Group, admits that KT Tape helped her a lot throughout her rehabilitation period from August until her successful title run in Paris with her partner M. Thinaah.

Pearly and Thinaah subdued some of the world’s best pairings, including a 21-19, 18-21, 21-15 victory over two-time world champions Mayu Matsumoto-Wakana Nagahara of Japan in the final, to become the first women’s doubles winners from Malaysia in French Open history since 1908.

Pearly’s success came out of the blue as it was just seven weeks ago when she sustained a worrying hamstring injury in the first round of the Japan Open and left the court in tears in a wheelchair.

“After the injury, I have been using KT Tape almost every day for training and during matches. It protects me from pain and also helps with my movement,” said Pearly.

“KT Tape made me feel secure and gave me the confidence to fight and perform at my best. Throughout my rehabilitation period, I felt a bit sad because I could only see my friends training hard from outside the court.

“But that difficult moment is also what gave me the impetus to work harder to speed up my recovery so that I could return to the court as soon as possible.

“With encouragement and solid support from family members, teammates, coaches, and support service staff, I was able to do it.

“I felt more grateful and appreciated every moment I was on the court now.”

“Any injury will affect the training and performance of an athlete. If they recover even once, they will still face various complications and long-term effects resulting from old injuries.”

Using high-quality, effective and safe protective products is quite important to help an athlete reduce as much as possible risk of injury.

At the same time, it is also able to help stimulate their performance based on scientific methods, achieving better results at the same time.

Touching on the collaboration with Pearly and Izzuddin, Teah is confident the two players will benefit from this product and help them perform better, thus raising the country’s flag high at the international level.

“Through this collaboration, we hope that our two ambassadors can inspire and increase public awareness on the importance of prevention of sports injuries,” he said.

KT Tape is a revolutionary sports and fitness elastic adhesive tape developed in the USA, which functions to reduce the risk of sports injuries while reducing pain, speeding up recovery and preventing muscle and joint pain.

The US Olympic Committee then chose the elastic rubber as the official brand for sporting games and it has grown to become the leading sports protective rubber around the world.

With more and more sports enthusiasts now stressing the importance of reducing the risk of sports injuries, KT Tape has become a must-have item before one enters the arena.

KT Tape became the latest brand to be added to the Sunlight Sports distribution product line after Li Ning. KT Tape’s goal is to offer the best protection to all athletes.