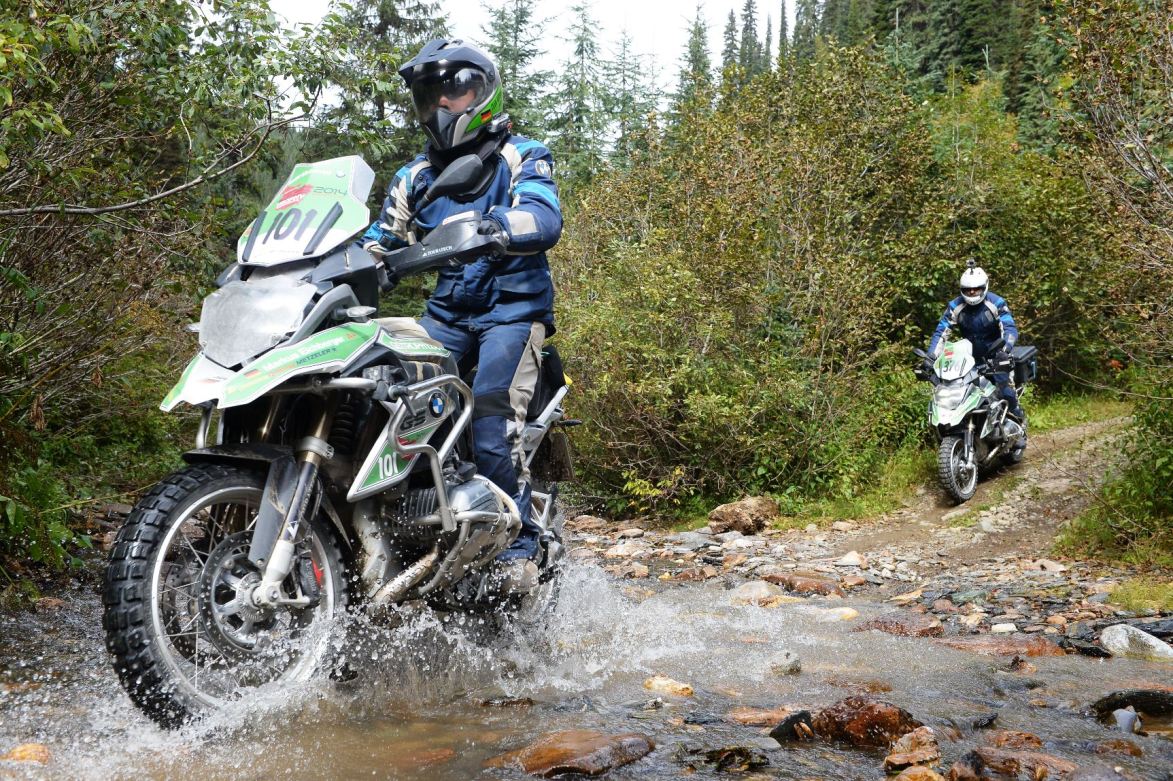 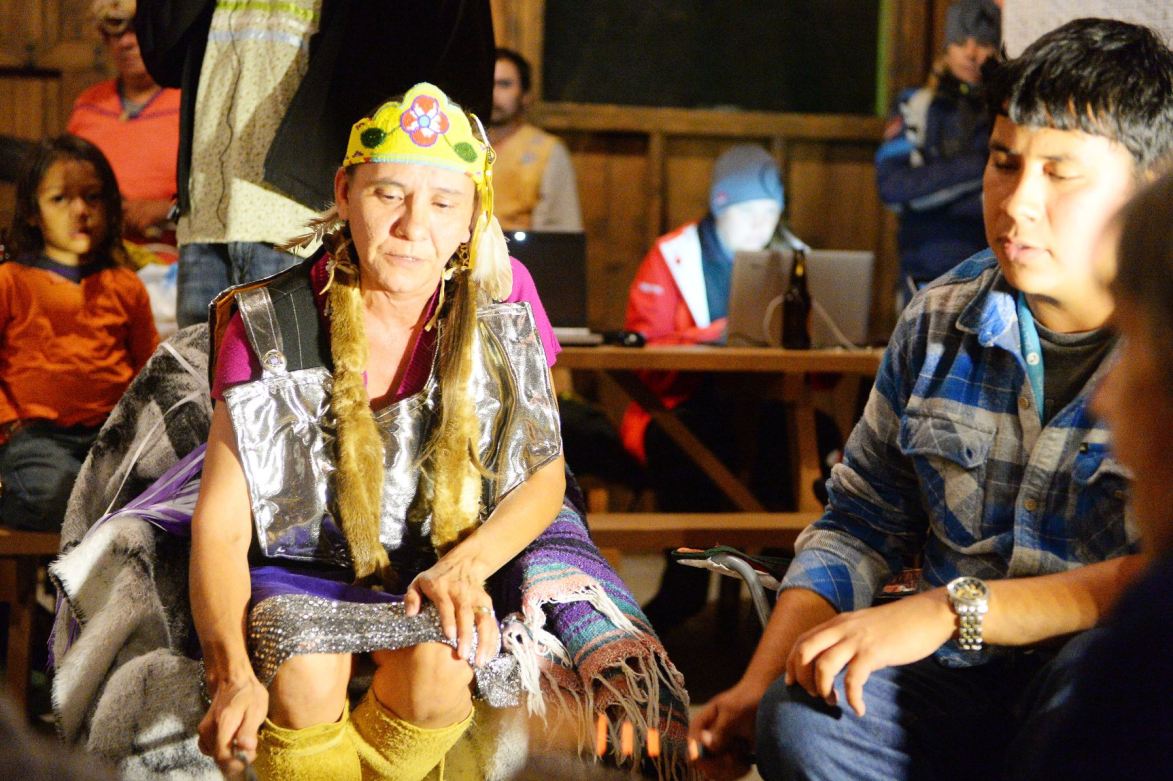 The penultimate day of the 2014 International GS Trophy was a long one, taking the competitors 400 kilometres through the province of British Columbia, crossing time zones and including three special stages between the starting point at Balfour and the day’s end in Fort Steele.

Each special stage had been designed by chief instructor Tomm Wolf and fellow course designer Pat Horan to be as tricky as possible. The first one – Stone Wall – came 10 kilometres into a dusty forest service road and required all team members to walk their three BMW R 1200 GS bikes, with the engines running, over a wall of boulders blocking the road. Requiring explosive strength, physical stamina and careful technique, it provided high entertainment value, tinged with danger, as flying rocks kicked up by the 125 hp GS bikes soon scattered onlookers to a safer vantage point.

The second special was known as the Maryland Trial, but it was nowhere near as quaint as the name suggested. A tight, twisting, sandy path interspersed with rocks, holes and trees demanded trials skills of the highest level from all competitors – with the added pressure of the clock! As for the third special stage, ‘Start and Stop’ was a repeat of the braking exercise from the previous evening, but this time in the gravel rather than on the tarmac. With ABS on and switched to Enduro Pro mode, the challenge was for each team member and their journalist to ride as fast as possible and bring the front wheel to a halt within a designated area. The team’s quickest three times counted towards the final result.

With the 17th of 20 special stages completed, the riders then made their way to the Fort Steel Resort where they were able to enjoy an ice cold beer in the sunshine before pitching camp for the night close to a teepee of the Ktunaxa tribe, the local native population that had come to meet the GS Trophy participants and perform a Pow Wow, with drumming and dancing all honouring Native American culture. “Legends say this is where we originate from,” said tribe leader Alfred Joseph, also known as ‘Charging Buffalo’. “East and West Kootenay is our territory and we used to go further over the mountains, hunting buffalo. Our stories have been passed down through generations but our language is now on the extinction list, so it’s important to us that our younger people try to maintain our traditions and culture.”

As the stage results were announced over dinner, it emerged that Team CEEU were again the overall winners of the day, and consequently increased their points gap at the top of the leaderboard over Team South Africa and Team France, who round out the top three.

“It’s going very well for us”, said Wojciech Zambrzycki of leading Team CEEU. “Even though there’s only one day to go and we’ve got a healthy points advantage, we don’t feel comfortable yet because some of us have racing experience and we know that the winner is only determined at the finish line. So, tomorrow will be just like all the other days: we’ll get up in the morning and try to do the best we can. If we are fortunate enough to win the Trophy, then for sure we will be celebrating hard tomorrow night.” 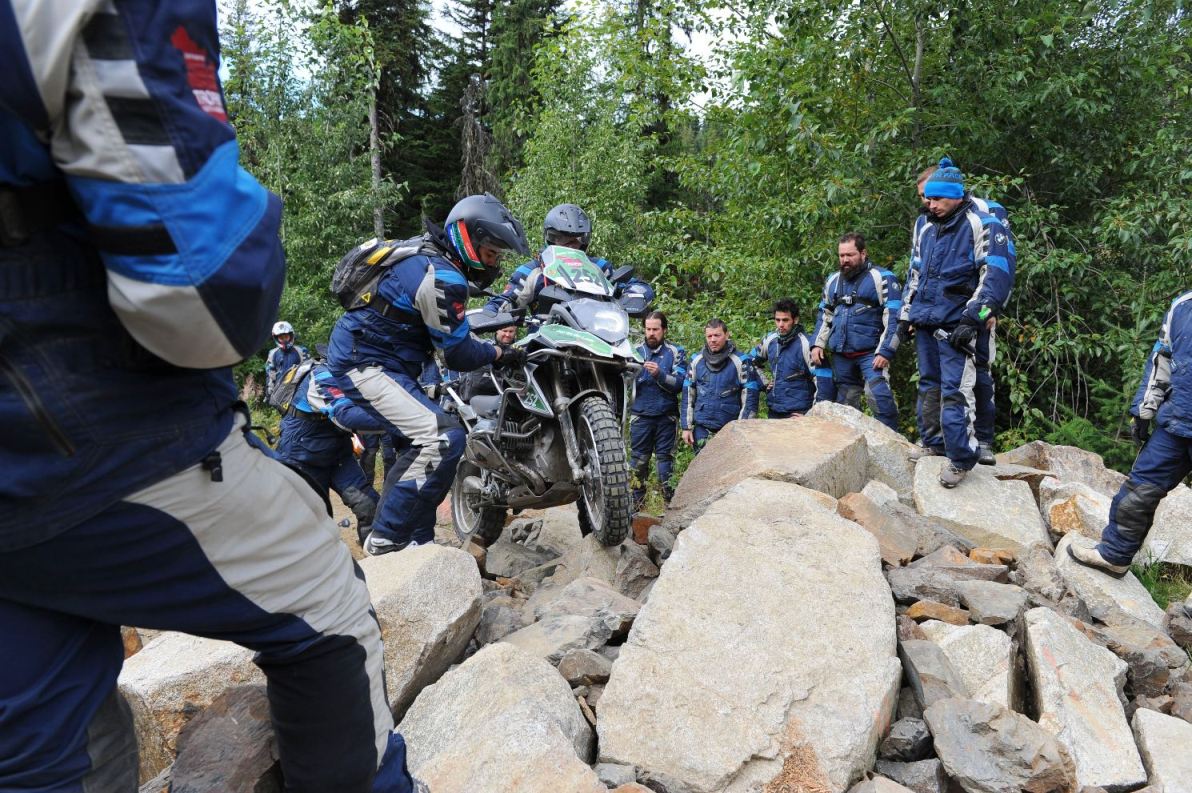