Home 2022 Front-row start for the PEUGEOT 9X8 in Bahrain 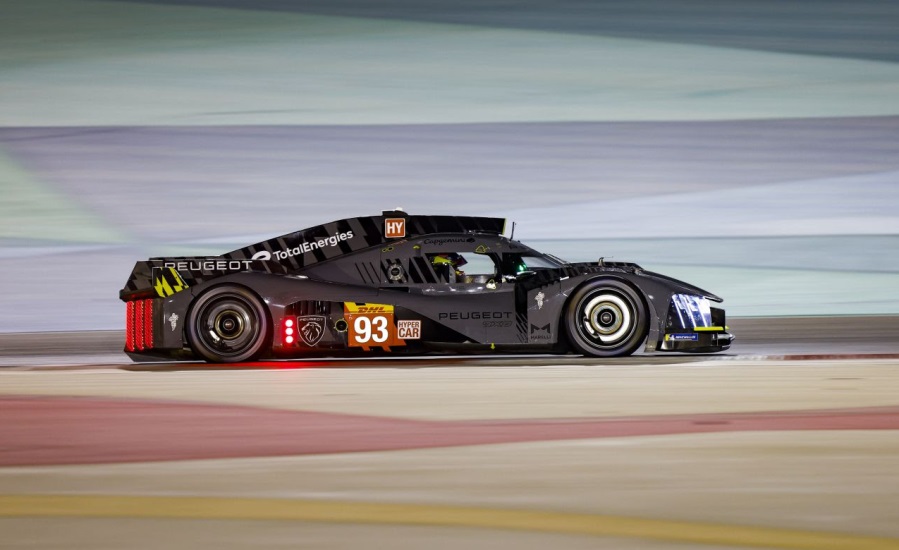 In addition to being the sixth and final round of the 2022 FIA World Endurance Championship, the 8 Hours of Bahrain in Sakhir is Team Peugeot TotalEnergies’ third official outing as its apprenticeship of the series continues.

After topping free practice on Thursday, the #93 Peugeot 9X8 secured a front-row start in qualifying in the hands of Paul Di Resta, while Gustavo Menezes put the #94 sister car on the grid’s second row for Saturday’s race which kicks off at 2pm local time.

The official Peugeot Sport YouTube channel will broadcast live coverage of the clash from onboard cameras fitted to the two 9X8s.

Following its debut FIA WEC appearance at Monza, Italy, and its second race at Fuji, Japan, Team Peugeot TotalEnergies is in Sakhir this weekend for the 2022 8 Hours of Bahrain. The abrasive 5.412-kilometre circuit is notoriously hard on tyres, while other challenges range from temperatures in excess of 30°C to a race-duration of eight hours.

The round will also be the first competitive outing in the #94 car for the team’s new recruit – Nico Müller – alongside Loic Duval and Gustavo Menezes. The crew of the Peugeot’s #93 hybrid Hypercar (Jean-Eric Vergne/Paul Di Resta/Mikkel Jensen) is unchanged.

Thursday’s two 90-minute free-practice sessions provided the six drivers and the rest of the squad with a chance to collect valuable data about the track, which is new to the team, from the Peugeot 9X8’s energy consumption, to handling performance and tyre degradation, while at the same time evaluating a variety of set-up options. This busy programme kept the team on its toes as the #93 and #94 Peugeot 9X8s clocked up 93 and 91 laps respectively during the three free-practice sessions, the first of which saw the two cars top the timesheets.

The #93 car continued to set the pace in FP2 as the two Hypercars ran different strategies in order to harvest as much information as possible about the circuit’s unique characteristics, as well as data associated with running in the heat of day and in the relative coolness of night-time. One of the keys to success on Saturday will no doubt be the optimisation of tyre-degradation management in the hot weather on the abrasive surface.

In qualifying, Team Peugeot TotalEnergies provided further evidence of the progress it has made by claiming a place on the front row of Saturday’s grid thanks to Paul Di Resta’s time of 1m47.610s in the #93 car. Gustavo Menezes (#94, 1m48.334s) qualified on the second row. The same two drivers will line up for tomorrow’s start in their respective cars.

The 8 Hours of Bahrain starts at 2pm local time on Saturday, November 12, and live coverage of the race from onboard cameras fitted to the two PEUGEOT 9X8s will be available on Peugeot Sport’s YouTube channel (https://www.youtube.com/user/peugeotsportofficial).

For information, Sunday’s Rookie Test will see Team Peugeot TotalEnergies give Maximilian Günther, Malthe Jakobsen and Yann Ehrlacher an opportunity to sample the 9X8. Stoffel Vandoorne’s planned participation has been ruled out by a bout of appendicitis, however. Maximilian Günther will share the #93 car with Mikkel Jensen with the intention of completing a double stint, while Nico Müller, Malthe Jakobsen and Yann Ehrlacher will line up in the #94 prototype. THE 8 HOURS OF BAHREÏN IN BRIEF