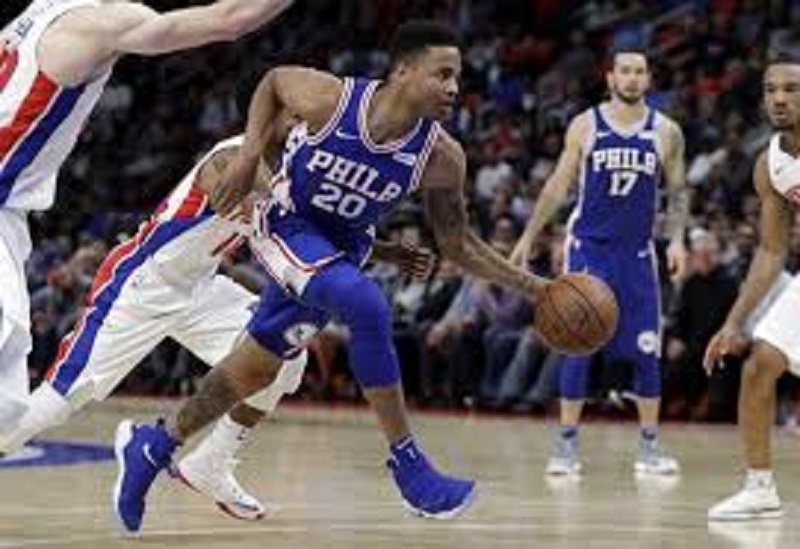 The return of guard Fultz, who was a top pick in the 2017 NBA entry draft, comes a day after the 76ers clinched their first playoff spot in six years.

“He showed signs of why he was the first player chosen,” said coach Brett Brown. “Obviously the game is fast and it is elite and that is a good team. But the night could not have worked out better.”

Joel Embiid scored a team-high 20 points and 13 rebounds and Ben Simmons had seven points, 13 rebounds and 11 assists for the Sixers, who recorded their seventh straight win to move within one game of third place in the Eastern Conference.

With 10 games left in the regular season, Philadelphia will use that time to determine how Fultz can fit into their playoff plans.

Fultz played 15 minutes as a backup guard to Simmons and finished five-of-13 from the field with eight assists and four rebounds in his first game since October 23.

It was just the fifth career NBA game for Fultz, who was initially diagnosed with a right shoulder problem, then told he had a scapular imbalance.

But with their first playoff berth since 2012 safely tucked away, the club decided it was time for Fultz’s season debut.

Fultz checked in to a standing ovation from the crowd of 20,500 at the Wells Fargo Arena with 2:54 left in the first quarter and drove down the baseline for a quick basket.

Later in the game the crowd chanted, “We Want Fultz!”

“The way that he was welcomed by the city, spectacular. The way he was embraced by his teammates just reinforces what I think of our group,” Brown said.

Will Barton led the Nuggets with 25 points.

Elsewhere, Kemba Walker moved a step closer to becoming the Charlotte Hornets’ all-time leading scorer with a 31-point performance in a 137-128 overtime victory against the New York Knicks.

Walker was four-of-four from the field as he carried his team over the hump in the extra session at the Spectrum Center on Monday.

“It’s just Kemba being Kemba, and at this point I don’t think anybody who watches him can be surprised,” teammate Marvin Williams said.

“He’s the smallest guy on the floor, but I have said it from Jump Street, he has the biggest heart out there every single night and that is what makes him so great.”

He is now 20 points shy of breaking Dell Curry’s franchise scoring record and is in position to do so at home Wednesday against LeBron James’ Cleveland Cavaliers.

Trey Burke scored a game-high 42 points for the Knicks, who fell to 27-48 on the season.

In Detroit, the Pistons used a balanced attack to win their fourth game in five contests and claim a 112-106 victory over the Los Angeles Lakers.

Jackson, who returned to the lineup four games ago after missing 37 games with a foot injury, stayed in the contest right down to the final buzzer.

In Phoenix, Jayson Tatum scored 23 points as the Boston Celtics cruised past the hapless Suns 102-94.

Boston, who are already assured of a playoff berth, improved to 51 wins and 23 losses with their fourth consecutive win. – Agence France-Presse