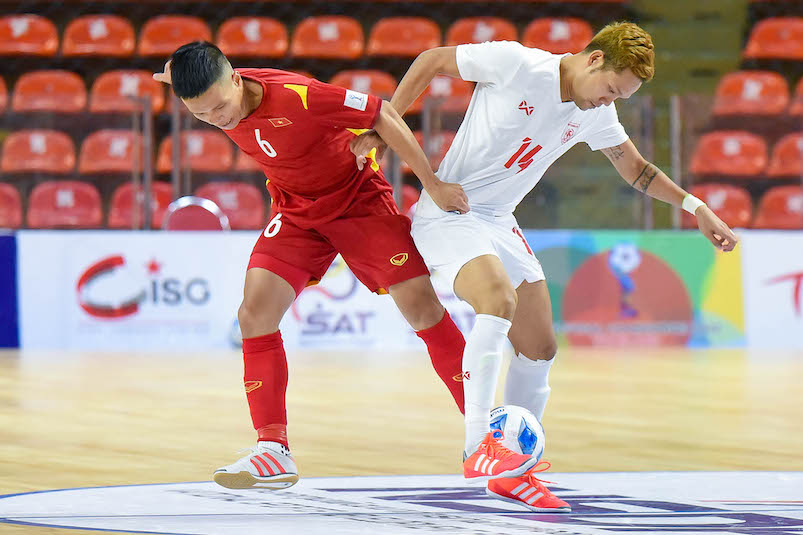 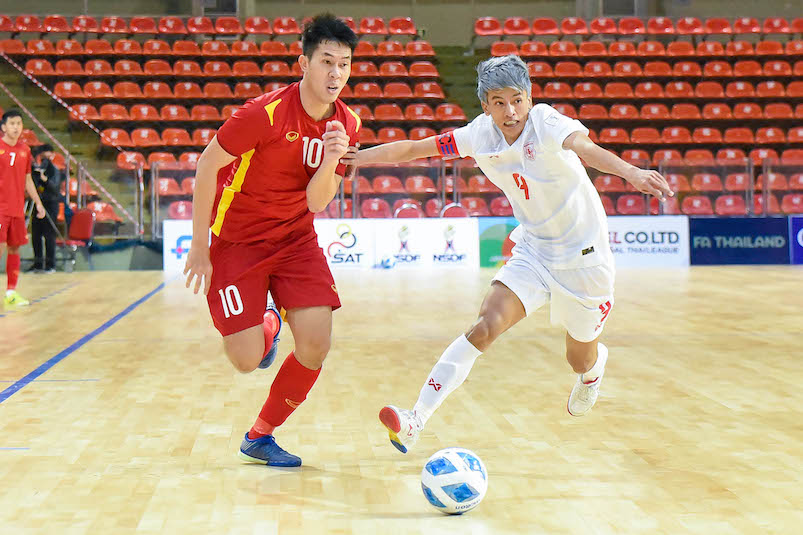 Vietnam were given a reality check on their opening day campaign in Group B of the AFF Futsal Championship 2022 when they were held to a 1-1 draw by Myanmar at the Indoor Stadium Huamark earlier this morning.

“I am very happy with the draw as the players followed the tactics where the emphasis was on defending. It was important that they maintained defensive discipline as it was a very tough game against Vietnam,” said Myanmar head coach Bunlert Charoenwong.

A resolute Myanmar side showed a lot of heart in their defending to frustrate the Vietnamese side, who had made it to the Round of 16 at last year’s FIFA Futsal World Cup in Lithuania.

Pham Duc Hoa and Tran Thai Huy pressed Myanmar hard in the opening stages before Nhan Gia Hung grabbed the opening goal off a quick counter in the 13th minute to give Vietnam the advantage.

But Myanmar did not lose focus and after fending off the Vietnamese onslaught well into the second half, they finally drew level in the 27th minute through Myo Myint Soe. 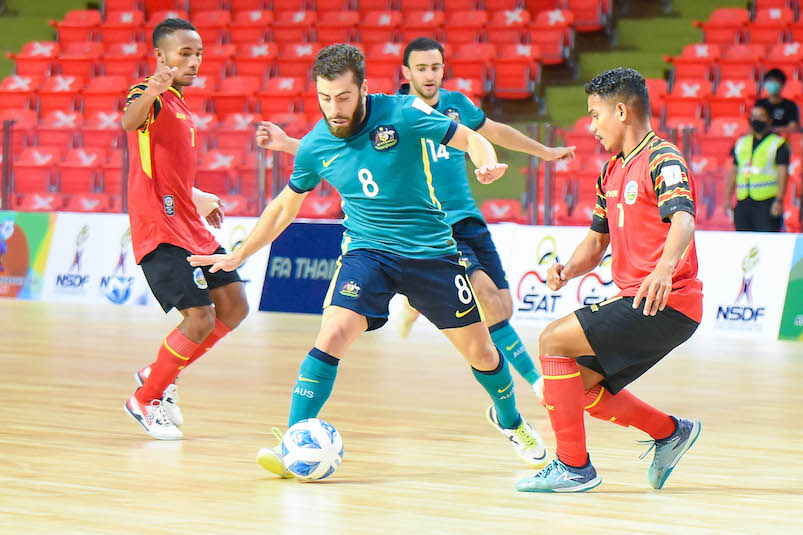 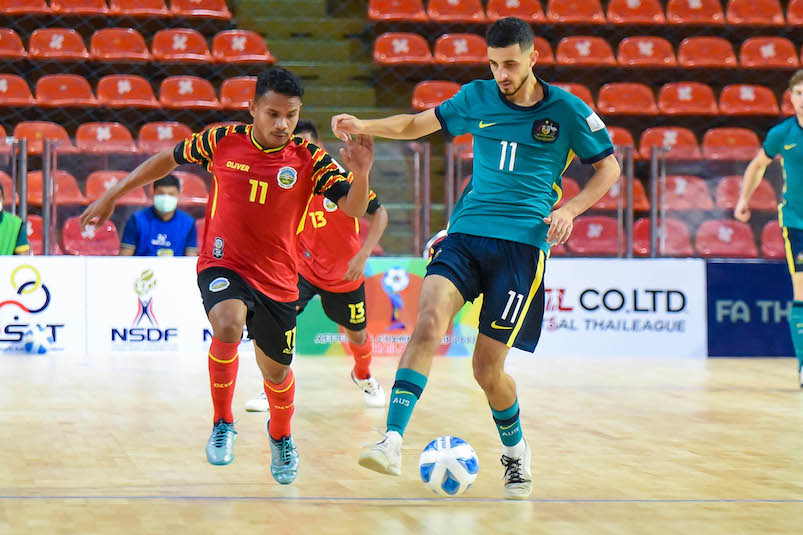 In the meantime, Timor Leste showed a lot of promise before crumbling to a 7-4 loss to Australia in the second match in Group B.

While Australia went ahead early in the fourth minute through Daniel Fornito, Timor Leste fought back to draw level a minute later off Miguel Fernandes.

It was see-saw for much of the first half as Timor Leste then finished the first half 4-3 on top off goals from Bendito Ximenes (8th), Mesquita Joaquim (13th) and Australia’s Ahmed Sweedan own goal in the 20th minute.

The other two goals for Australia in the first half were scored by Shervin Adeli in the tenth minute and Nicholas Rathjen (18th).

But the second half would all be Australia as they fired in four goals off Scott Rogan (24th and 35th), Jordan Guerreiro (25th) and Adeli (29th) for the well-worked victory.