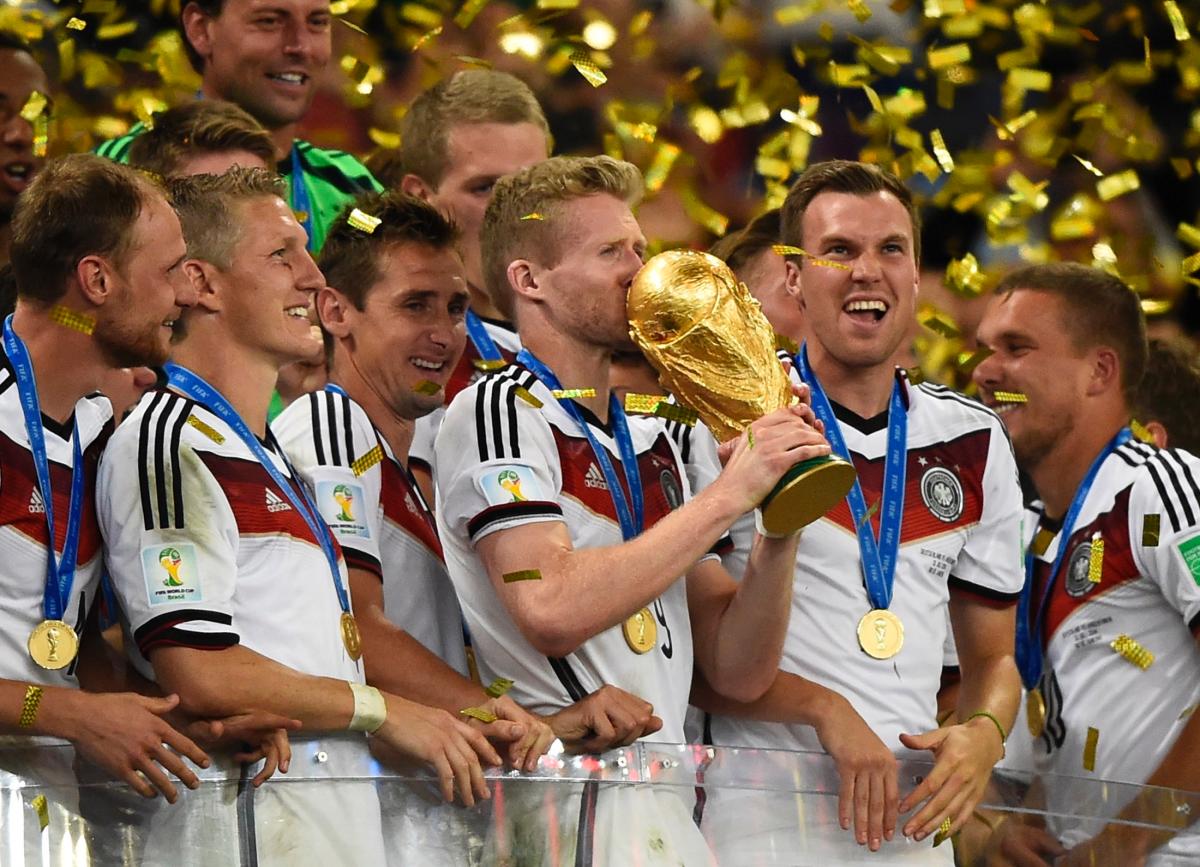 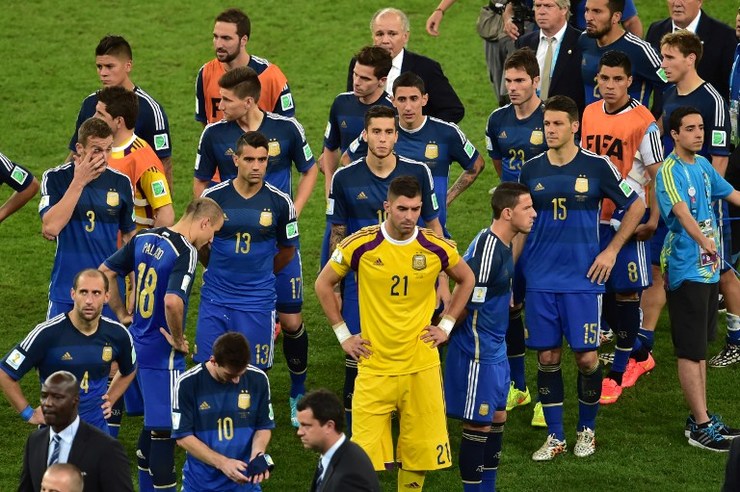 Fifty days after winning the World Cup for the fourth time, the German national team assembled in Duesseldorf for Wednesday’s repeat of the final against Argentina.

Wednesday’s match was already set to be a glamour friendly but there is added hype in the wake of Mario Goetze’s extra-time winner when the teams last met in Rio de Janeiro on July 13.

Around 45,000 people watched the World Cup-winners train on Monday and Wednesday’s game at the Espirit Arena will attract a sell-out crowd.

On Sunday, Joachim Loew’s side host Scotland in Dortmund in their first qualifier for Euro 2016. For a German team still taking in the World Cup triumph, the two games have come around quickly.

“For Scotland it’s the game of the year to start against us. We have to play well against Argentina with regard to the weekend and to be fully prepared for it.”

Germany will be without Philipp Lahm, Per Mertesacker and Miroslav Klose, all of whom retired from international football after this summer’s tournament.

Most countries would struggle to replace three players, who amassed 354 caps between them, but Germany team manager Oliver Bierhoff is confident that the squad can move on.

“After every tournament, we’ve always managed to bring the team to another level and to develop them further,” Bierhoff said at a press conference on Monday.

The most pressing question is who will replace Lahm as captain. Neuer, midfielder Bastian Schweinsteiger and defender Mats Hummels are all candidates.

“When the coach trusts me to do it, I’ll do it,” Neuer said. “But of course I have to talk to him first to find out what the situation is.”

Borussia Dortmund midfielder Marco Reus, who missed the World Cup through injury, is back in the squad along with Fiorentina striker Mario Gomez. Highly-rated VfB Stuttgart centre-back Antonio Ruediger is also included.

Mesut Ozil has an ankle injury but Bierhoff said he hoped the Arsenal midfielder would be fit for the Scotland game. Schweinsteiger, however, will miss both matches through injury.

Argentina changed manager after the World Cup, with former Barcelona boss Gerardo Martino taking over after Alejandro Sabella stepped down.

Martino must cope without captain Lionel Messi for his first match in charge. The Barcelona attacker played in a 1-0 win over Villarreal on Sunday but a groin injury has prevented the 27-year-old from travelling to Germany.

“The priority is not the result,” Martino said before leaving for Duesseldorf, taking with him the squad that got to the World Cup final, minus Messi.

“What’s important is that there’s a good atmosphere in the squad.”