Home International Home victory for Holowczyc in the MINI ALL4 Racing 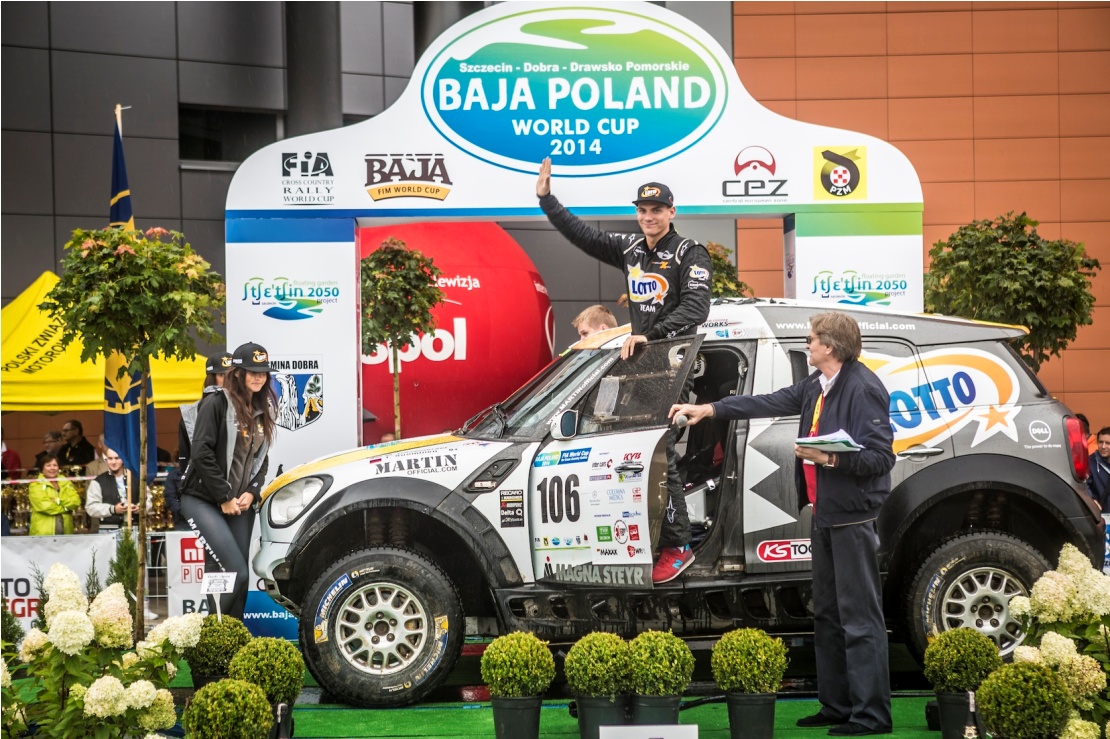 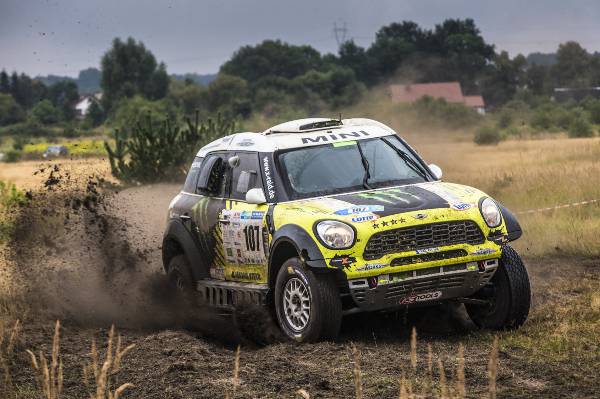 Nothing is sweeter than a victory in front of your own fans is something that Krzysztof Holowczyc from Poland will certainly confirm after winning his home event, the 2014 Baja Poland of the FIA World Cup for Cross-Country Rallies, in the MINI ALL4 Racing entered by the X-raid Team.

Alongside his new co-driver Xavier Panseri (FR), “Holek” as Holowczyc is called by his fans convincingly won two out of four stages and sealed his win early after the fifth stage of the event had to be cancelled due to unsafe road conditions after heavy rainfalls. Meanwhile, Martin Kaczmarski/Tapio Suominen (PL/FI) in the second MINI ALL4 Racing finished third making the Baja Poland another successful World Cup event for the X-raid Team and the MINI brand alike.

“This victory feels good,” a beaming Holowczyc said at the finish line after 522 competitive kilometres. “Thank you to my fans for the great support and also to my team who did an excellent job in preparing the MINI ALL4 Racing to make this win happen.” In total it was the third Baja Poland victory in Holowczyc’s career and a bit of redemption for his 9th-place finish in 2013 which he nevertheless made good for later on when Holowczyc won the 2013 FIA World Cup for Cross-Country Rallies in the MINI ALL4 Racing.

Kaczmarski’s P3 finish completed an all-Polish podium from the drivers’ perspective with Adam Malysz/Rafal Marton (PL/PL) being the runner-ups. The event’s third MINI ALL4 Racing driver pairing Stephan Schott/Holm Schmidt (DE/DE) finished seventh. Even though Vladimir Vasilyev/Konstantin Zhiltsov (RU/RU) finished the event only 21stafter colliding with a tree off the road, the Russian duo still leads the World Cup overall classifications in its MINI ALL4 Racing.

After a short break, the next World Cup appearance for the X-raid Team and its powerful MINI ALL4 Racing, which are based on the MINI John Cooper Works Countryman production car, is the Rally Morocco (03-09 October) which forms the penultimate round of the 2014 FIA World Cup for Cross-Country Rallies.