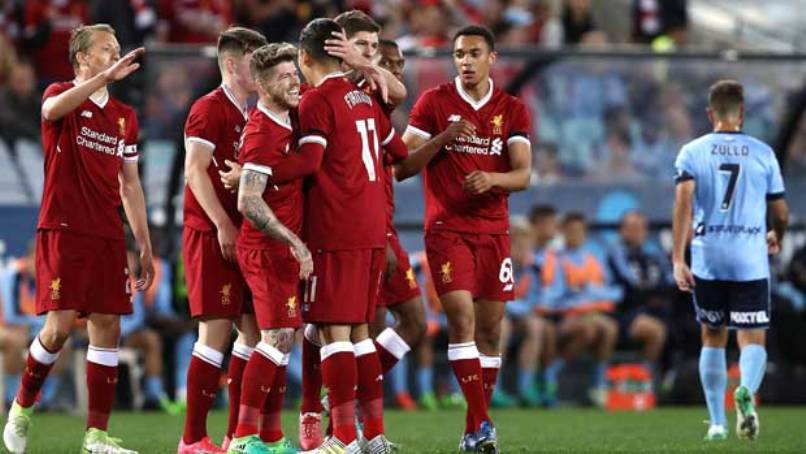 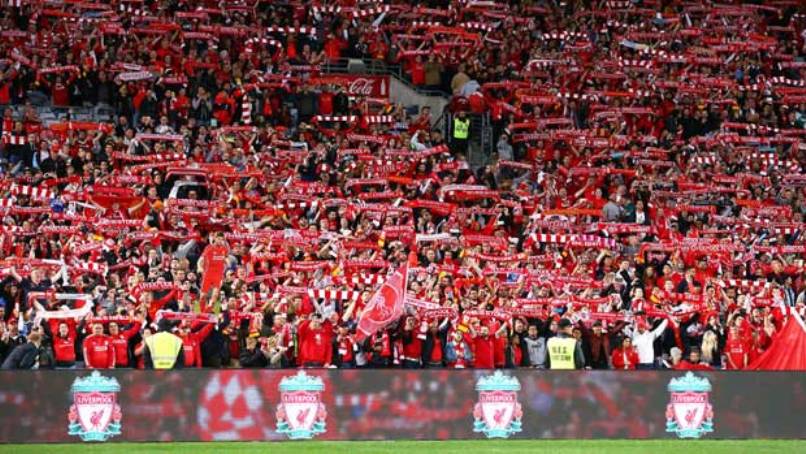 A Steven Gerrard-inspired first half laid the platform for a comprehensive 3-0 win by Liverpool over Sydney FC in a friendly on Wednesday night in front of 72,892 fans.

The blistering Reds were three goals up at the break largely thanks to Gerrard’s majestic display at ?Sydney’s ANZ Stadium.

And had it not been for Sydney FC keeper Danny Vukovic, it could’ve been more with the Caltex Socceroo’s eye-catching form keeping the rampant Reds out.

After a rousing rendition of “You’ll Never Walk Alone” followed by a minute’s silence for those who lost their lives in Manchester, Liverpool made a mockery of arriving on the day of the game by starting in completely dominating fashion.

With a tireless Gerrard pulling the strings in a deep lying role, the Reds were soon two goals up with their movement and rotations giving Sydney all sorts of problems.

David Carney’s shot hit the bar right on the half time whistle – it was Sydney FC’s best effort in a half that was totally dominated by the EPL side.

And just before the break a third came as the Reds were cruising by the break? (it could’ve been four, with a genuine penalty shout for Gerrard waved away).

Gerrard and Carragher were replaced in the first minute of the second half to huge applause. Adam Lallana showed his class as a second half substitute for the visitors as Liverpool took their foot off the pedal somewhat with a number of substitutions used. ?

Matt Simon had the Sky Blues’ best chance in the ?83rd minute,? but was denied by a brilliant stop from Simon Mignolet. And by the end of the game, it was a very young Sydney FC side on the park with many of these youngsters no doubt relishing being part of such an occasion.

Brillante had his pocket-picked inside Sydney’s half and in an instant Sturridge was fed inside the box. He shifted the ball left and right before a classy low finish past Vukovic.

Firmino in front of the D conjured a deft flick up and over to find Moreno in the number nine position and the Seville-born defender smashed it home.

Sturridge teased the Sydney defence in the box down the right before finding Firmino unmarked in front of the goal and the Brazilian bundled the ball past Vukovic.