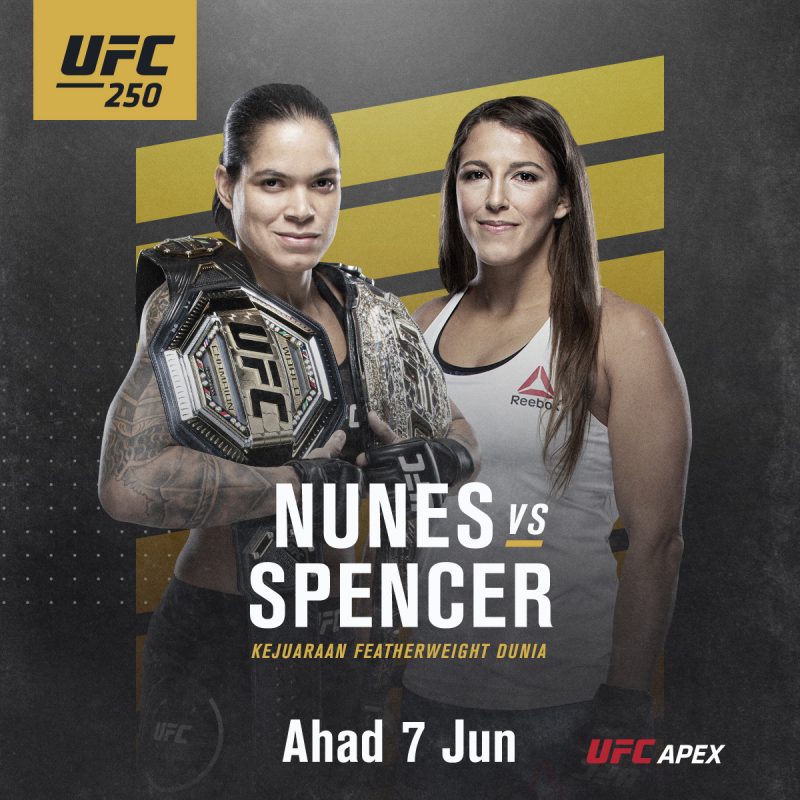 The first live event from the UFC Apex Arena was spectacular. It heralded in some future superstars, division up-enders, and non-stop action.

Woodley vs Burns opened with four consecutive finishes, and concluded with a stunning new guard takeover when Gilbert Burns outworked former champion Tyron Woodley on the feet and the ground for a full five rounds to earn a unanimous decision victory.

On June 14, UFC will continue the run of live events in Las Vegas with UFC Fight Night: Eye vs Cavillo.

The number 1 ranked women’s flyweight contender and former title challenger Jessica Eye has earned her first main event with a strong 3-round win over the very experienced Viviane Araujo.

Eye will be facing surging Cynthia Cavillo, a grappling ace in her own right who will be seeing a win as her chance to climb up into the rankings.

A heavyweight showdown will be next on tap for UFC Fight Night: Blaydes vs Volkov June 21.

Number 3 ranked Curtis Blaydes returns to the Octagon riding a 3-fight win streak, capped off with back-to-back knock outs, looking to cement his turn at the title. Number 7 ranked Alexander Volkov wants to leapfrog into the contenders pool by starting to put together a string of wins with his comprehensive tool kit of techniques.

More information on these and other upcoming events will be announced soon.

Nunes is the two-division dominant champion who holds the bantamweight belt as well. Spenser is a Brazilian jiu jitsu blackbelt finisher who has the skills to make this a competitive and compelling title fight.

In the co-main event, dual bantamweight warhorses will engage in a do-or-die battle as #5 Raphael Assuncao takes on #9 Cody Garbrant, whose last string of wins included Japan’s standout Takeya Mizugaki.

The bantamweight division sees more action as #2 Aljamain Sterling – who also has a win over Mizugaki, and a loss to Assuncao – meets rising star #4 Cory Sandhagen who is riding a five straight win streak, which includes his latest decision over Assuncao.

After earning a decision over China’s Li Jingliang, Neil Magny – who counts victories over Japan’s Kiichi Kunimoto and Korea’s Lim Hyung-Gyu at UFC Manila – looks to resume his return to action against Anthony Rocco Martin, whose long career in the UFC includes a win over Japan’s Keita Nakamura, while his last loss came to grappling ace and UFC Singapore star Demian Maia.

Dana White’s Contender Series winner Sean O’Malley announced himself as a threat to the
bantamweight division with his debut win over Andre Soukhamthath, and recently thrilled in grappling competition Quintet.

It will be the power of youth versus experience when he faces long time UFC veteran Eddie Wineland, who made his UFC debut against Urijah Faber in 2011.

Featherweight #12 Cody Stamann, coming off a draw with Song Yadong, will face Brian Kelleher, fresh from his victory a UFC Fight Night on May 14. A flyweight ranking bout will feature UFC Japan veteran #4 Jussier Formiga, who has wins over Ulka Sasaki and Ben Nguyen, against Contender veteran #9 Alex Perez.