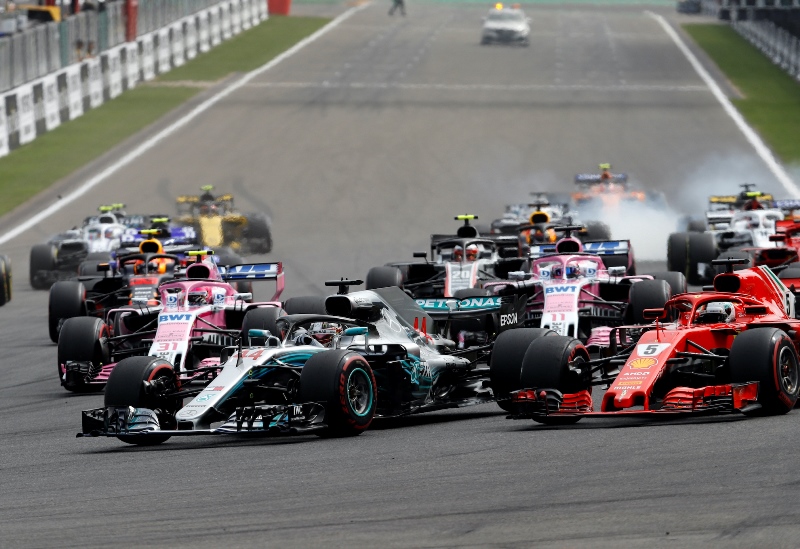 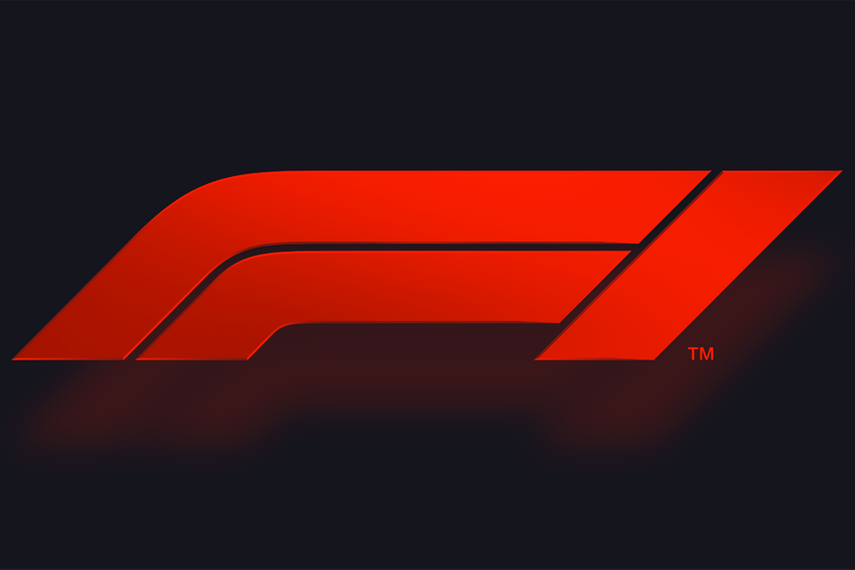 Formula 1 today confirmed the 2020 season will begin in Austria next month – and revealed details on the first eight races of a new calendar.

After racing was put on hold because of the coronavirus outbreak, F1, the teams and the FIA have been working to put together a plan to allow the season to begin safely, and today F1 chief executive Chase Carey outlined the first part of a revised calendar of races.

The season will kick off with the Austrian Grand Prix at the Red Bull Ring on July 5, followed a week later by a second race at the same track.

The Hungarian Grand Prix will follow a week after that, before a break. Then there will be two back to back races at Silverstone, followed by the Spanish Grand Prix at Barcelona.

All the races will be supported by Formula 2 and Formula 3. 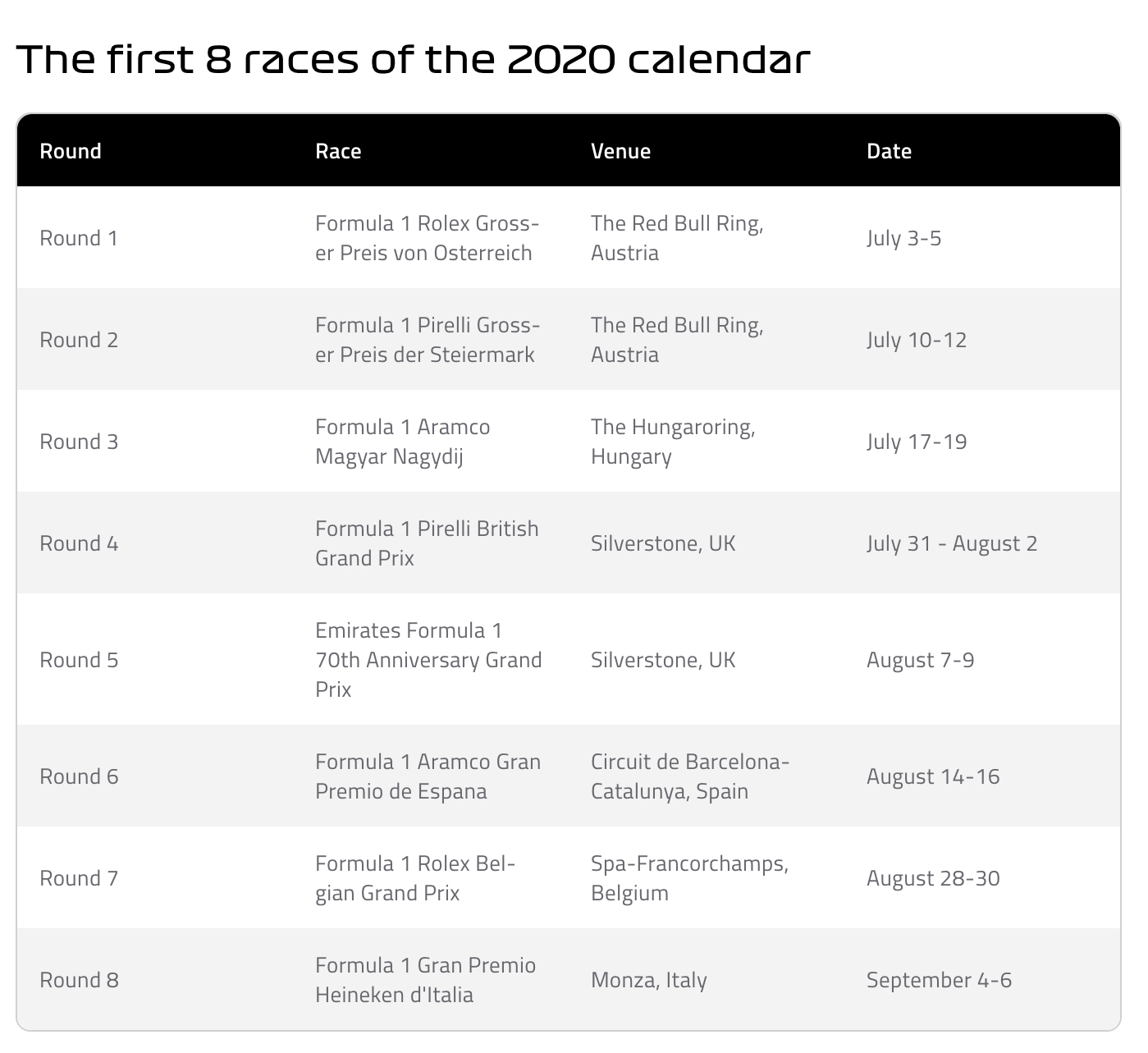 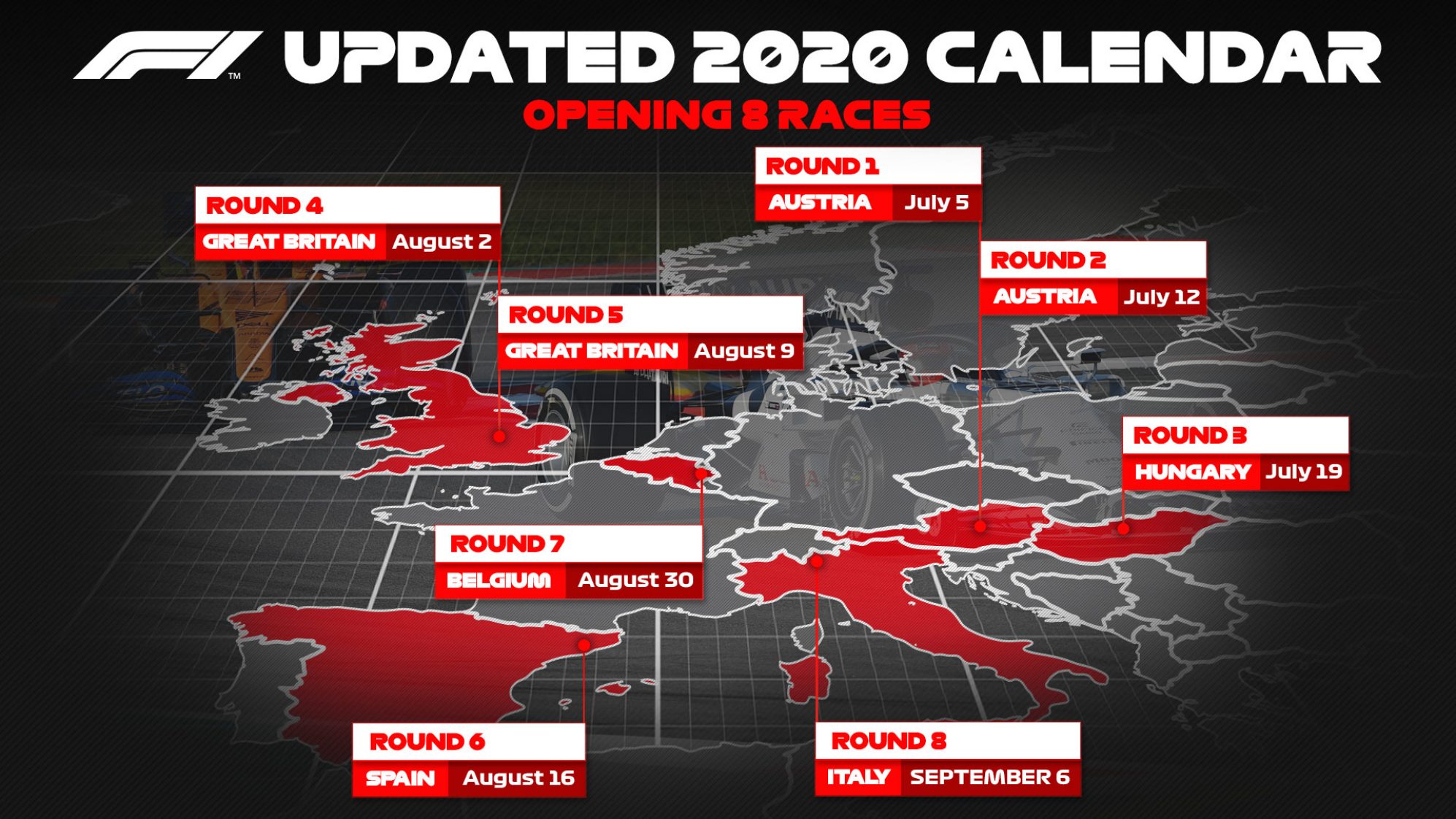 Due to the ongoing fluidity of the COVID-19 situation internationally, F1 will be finalising the details of the wider calendar and hope to publish that in the coming weeks with an expectation of having a total of 15-18 races before completing the season in December.

F1 currently expect the opening races to be closed events but hope fans will be able to attend again when it is safe to do so.

The health and safety of all involved will continue to be priority number one, with Formula 1 and the FIA having a robust and detailed plan to ensure the races maintain the highest level of safety with strict procedures in place.

Chase Carey, Chairman and CEO of Formula 1, said: “In the past weeks we have been working tirelessly with all our partners, the FIA and the teams to create a revised opening 2020 calendar allowing us to restart racing in the safest possible way.

“We are pleased to be able to set out our opening eight race calendar today and look forward to publishing our full calendar in the coming weeks.

“I want to thank every promoter and partner for their support and ongoing commitment to Formula 1.

“While we currently expect the season to commence without fans at our races we hope that over the coming months the situation will allow us to welcome them back once it is safe to do, but we know the return of Formula 1 will be a welcome boost to sports fans around the world.”